Uriel will be one of the angels present in SMT V

We are now down to 19 entries in Atlus’ Shin Megami Tensei V daily demon digest video series. The latter is one of the angels that has appeared many times in the series and its spin-offs. In SMT V, people will be able to summon Uriel again.

By now, people know what to expect from these types of followers. This SMT V video begins with the main character summoning Uriel. Then we see it in the wild and in battle. During the fight, Uriel targets Kumbhanda with an attack. 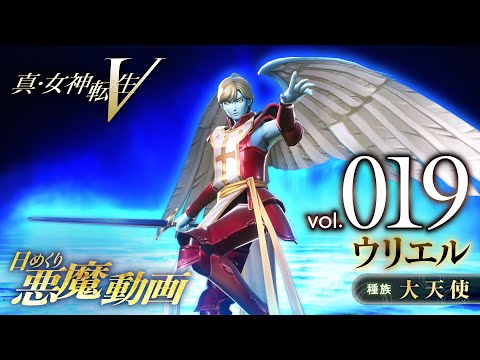 As for the next demon, it’s a little hard to say because of the hair of the silhouette. The SMT V Uriel video closes with a look at someone with a human body and hands and horse legs. It could very well be Orobas, another returning demon.

More than 200 demons will appear in SMT V. At this point, Atlus only shared 19 trailers that featured some of them. Here are the last 18, in case people need to catch up.