The next Shin Megami Tensei V demon’s trailer came out, and it’s a character by many names. Different monikers were used depending on the game. In SMT V Xuan Wu, who people may also know as Genbu or Gui Xian, will be there.

In the SMT series, Gui Xian is often used as the name of the character. In the Persona series, the demon is called Genbu. Whatever name you choose to use to refer to Xuan Wu, in the trailer we see him in the wild and facing a Preta (aka a Gaki). 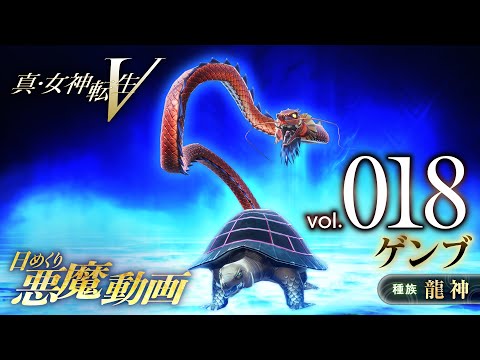 At the end of the video is a teaser for the demon of the day of July 5, 2021. It appears to be one of the Tengu, with the silhouette resembling Karasu Tengu.

There will be more than 200 of these videos once Atlus has finished describing the entire roster of characters in the game. In addition to Xuan Wu, aka Genbu, the following 17 potential allies will appear in: SMT V

Demeter the Harvest Goddess will return in SMT V