Black Widow fans have now seen the full story of Natasha Romanoff (Johansson) after it came to an end with her first and only solo movie. Although the origins of the deadly killer were explored in the film, this is the last time viewers will see the hero on screen. However, the same cannot be said of newcomer to the Marvel Cinematic Universe Yelena Belova (Florence Pugh).

The character was first introduced in the final episodes of the Disney Plus show The Falcon and the Winter Soldier.

Black Widow: The scene after the credits shows another moment from Yelena’s journey (Image: MARVEL) 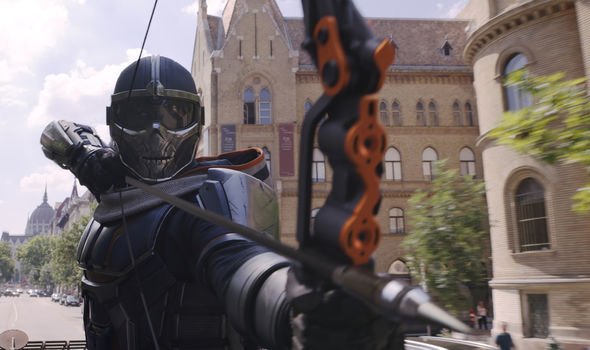 Black Widow: Taskmaster is saved by the widows (Image: MARVEL)

On the Disney TV show, Valentina recruited US Agent / John Walker (Wyatt Russell) for her own version of the Avengers – the Dark Avengers.

In the post-credits scene, Valentina gives Yelena “her next target,” confirming that she’s already signed up to work with the malicious dealmaker.

Yelena then receives an iPad with a photo of the person she is supposed to kill: Hawkeye (Jeremy Renner).

Valentina adds that she thought Yelena might want to take revenge on the person who killed her sister (Natasha). 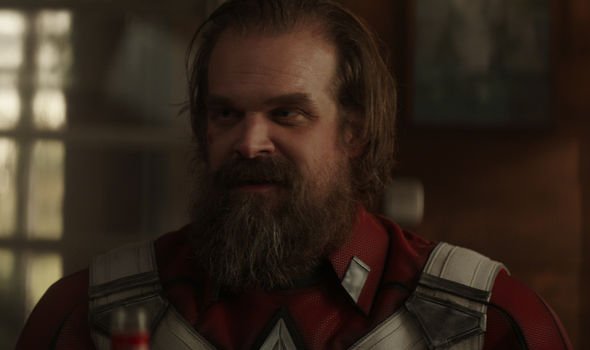 Valentina references the events of Avengers Endgame where Black Widow and Hawkeye ventured to Vormir to find the Soul Stone. Of course, the only way to retrieve the stone was to sacrifice someone on the cliffs—something Natasha was more than willing to do.

Yelena presumably blames Hawkeye for this event and will follow Valentina’s orders to kill him as both work and revenge.

This storyline will be continued in the upcoming Disney Plus show Hawkeye.

The show is due out later this year and will further explore the time Hawkeye spent as Ronin in Avengers Endgame.

With both Clint and Kate going up against Yelena, the upcoming TV show will no doubt focus on the aftermath of Natasha’s death.

This follows criticism that her sacrifice was not featured in Endgame, which ended with a funeral for Tony Stark/Iron Man (Robert Downey Jr), but neither Widow nor Vision (Paul Bettany).

Since Yelena will definitely be a part of the MCU for the long haul and the Avengers are missing a Black Widow, she will no doubt switch sides at some point in the series.

Meanwhile, Yelena could learn a lot from Barton.

Renner has previously spoken out about how the Hawkeye series will explore how to be a “superhero without superpowers”.

With Kate already working as his replacement, could he also try to recruit Yelena for the Avengers?

Black Widow is now in theaters and coming to Disney Plus on Friday with Premier Access.

Hawkeye will appear on Disney Plus later this year.

Steam engines were a really good idea on the way to the steam deck, says Valve