A new clip of the live-action/animated hybrid sequel has been released Space Jam: A New Legacy, in which Bugs Bunny and LeBron James land in DC World and race through the streets of Metropolis in the Batmobile dressed as Batman and Robin, much to the NBA superstar’s dismay; check it out here… 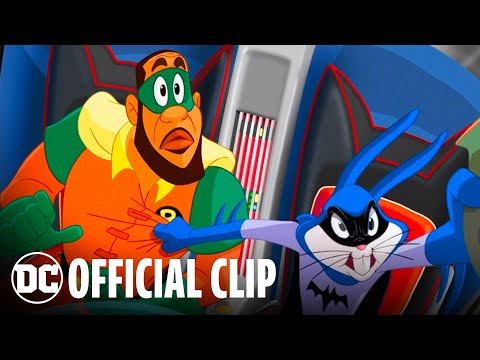 During a trip to the Warner Bros. studio, NBA superstar LeBron James and his son accidentally find themselves trapped in a world that is all Warner Bros. contains.’ stories and characters, under the control of a malfunctioning, all-powerful force called Al G (played by Don Cheadle).With the help of Bugs Bunny, LeBron must navigate a never-before-seen world filled with iconic movie scenes and characters as they recreate the Looney Tunes To save his lost son, Lebron and the Tunes must unravel Al G’s mysterious plan and win an epic basketball game against digital game superversions of the NBA and WNBA’s biggest stars while the whole world is watching.”