The action-RPG is set in an alternate version of Paris, during the French Revolution, where King Louis XVI’s automaton army terrorizes and oppresses the French people.

1789 is the year of the Storming of the Bastille and the beginning of the downfall of the monarchy. Steelrising shows an alternate version of history: what if King Louis XVI, who loved making clocks, had built an army of robots capable of suppressing the revolt? Powerful and brutal, this army spares no one and punishes rebels with violence. Paris burns and bleeds. Men, women and children are systematically slaughtered.

In this terrifying chaos you play as Aegis, an excellent automaton and bodyguard of Marie-Antoinette. Appointed by the Queen, Aegis will have to navigate a Paris teeming with machines. Every battle with these mechanical enemies is a challenge where the player’s skills are put to a huge test. That is the price to be paid for those who want to change the course of history.

We’ll definitely have more about Steelrising in the eleven months that separate us from the game’s launch. In the meantime you are free to add it to your steam wishlist. 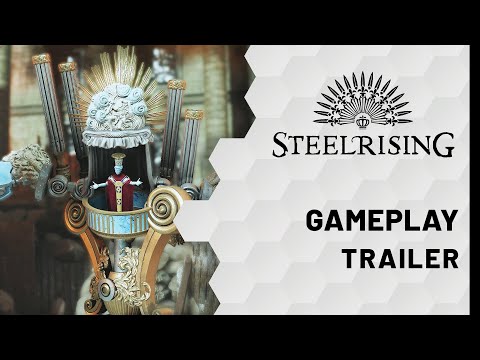 Anahita will freeze your enemies in SMT V