The next full season of Apex Legends won’t be arriving for a few weeks, but players can look forward to some new content in the meantime thanks to the upcoming Thrillseekers event. Of course, the event will feature a variety of cosmetics to unlock, but the main feature is the new Overflow map for the game’s recently introduced 3v3 Arenas mode. You can watch below a short trailer of the upcoming event, partly developed in Canada at Respawn Vancouver. 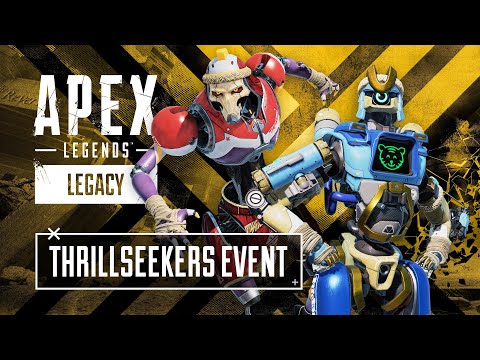 Here’s a description for the new Overflow Arenas map:

The floor is lava! Well, some of it anyway. Overflow differs from other Arena maps by being lane-oriented; where each location is separated by tall, lava-filled structures. With this separation, players cannot easily spot early decisions from the opposing team and must remain vigilant before committing to one side or risking being flanked. While there are options for long range combat, combat tends to favor short to medium ranges along POI: Overlook or Slope.

Overlook is a long, open area with a central interior that gives a height advantage over this POI. While this area is perfect for snipers or DMRs, players may want to hold onto the interior to control not only this area but their flank as well. Slope, as the name implies, offers both high ground and a unique area where players can slide to a remote part of the map. This area can be used for sneaky flanks or defensive setups where players might not expect it. Overflow feels quite different from our other maps, and we hope it will pay off for both defensive and aggressive players. Let us know what you think!

Here’s a look at what you can earn through Thrillseekers’ weekly rewards trails, with some additional cosmetics available for purchase through the store (click the image below for full resolution). 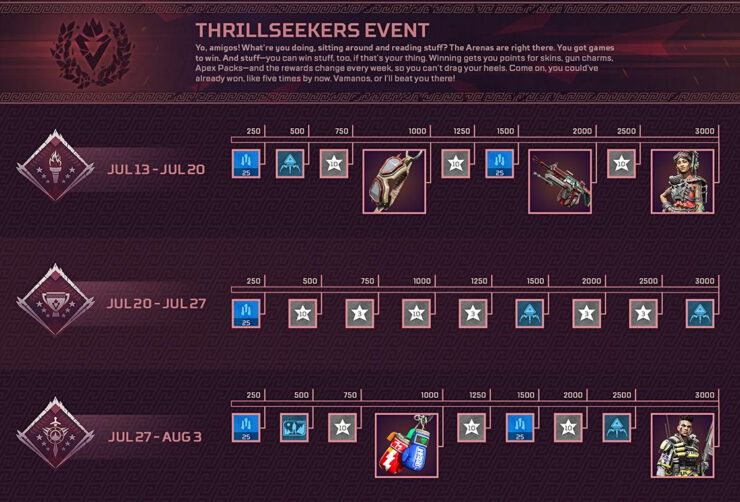 Apex Legends is available now on PC, Xbox One, PS4 and Switch and can be played via backwards compatibility on Xbox Series X/S and PS5. The Thrillseekers event will run from July 13 to August 4, after which the next full Apex season should kick off.

Destiny 2 Xur location today: where is Xur this week and what is he selling?