Temuera Morrison is, of course, best known for portraying the bounty-hunter duo Jango Fett and Boba Fett from the Star Wars series, but this month he’s fighting for Earth’s freedom in a new movie from Signature Entertainment. Occupation Rainfall arrives in cinemas and digitally tomorrow and is the sequel to the 2018 film: Occupation.

Temuera reprises his role as Peter Bartlett, a man who has pulled himself out of the fight for humanity after creating his own off-grid settlement.

However, when the fight is unceremoniously brought back to his door, he has no choice but to get involved again.

Both Occupation and its sequel, Occupation Rainfall, were shot in Gold Coast Australia and Temuera recently told us how he got involved in the photo.

Speaking exclusively with express.co.ukTemuera revealed: “We had a lot of fun, it’s such a dynamic place, the Gold Coast.” 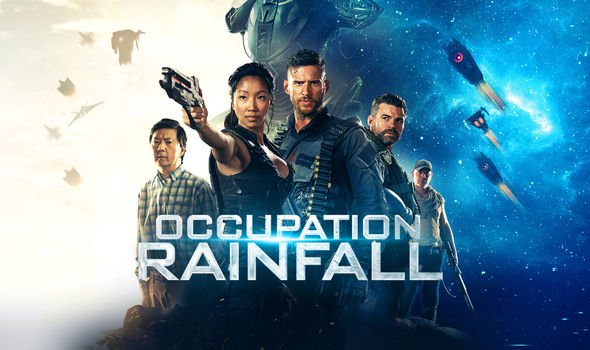 Temuera continued: “I came across [director] Luke [Sparke] and his wife and I said why not! They are filmmakers from Northern Australia.”

The 60-year-old was particularly impressed with the scale and scope of the independent filmmaker’s project.

He continued: “They have visions, they have a script…so good for them. They’ve got their project on screen and that’s a big deal.”

However, when approached to appear in the 2018 lineup, Temuera had another reason to get involved in the first place. 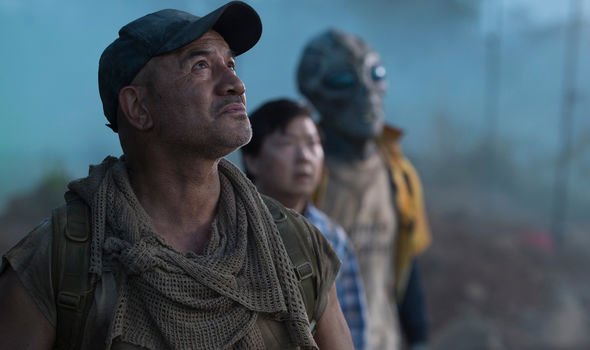 Temuera said, “Aquaman was coming, so it was also about fitting the camera — I had to act.”

Two years later, the NZ star was back in the saddle of both franchises; acting in Occupation Rainfall last year and Aquaman and the Lost Kingdom later this year.

While the big-budget Warner Bros.-led Aquaman 2 wasn’t too much affected by the pandemic, it was disastrous for indie director Luke Sparke.

“It was a tough time for them,” Temuera said. “If you’re a filmmaker, you have to have skin like a crocodile.”

Temuera continued, “It’s just great to see their movie out. It looks bigger. I was amazed at how big it is, good for them.”

Occupation Rainfall also gave Temuera a chance to get really stuck in his role physically; specifically running around with guns, fighting in crowds and really giving it your all.

With a chuckle, Temuera revealed: “We’re moving on with our years, but we got physical and I had to get moving.

Temuera laughed: “I know all about that, but I’m telling you, it was all me!”

The star added: “I will bear the consequences, don’t worry.”

Temuera obviously had a lot of fun making both Occupation and Occupation Rainfall, but will he return for a threequel?

“Well, let’s say we’re always open – we should always be open. You need to open the door… talk about things. We’ll see what happens.”