Last month, Hideo Kojima revealed that Death Stranding Director’s Cut would be coming to PS5, but in a typical way he was somewhat evasive about details. Well, today during the most recent State of Play show we’ve got more information, and trust me, this is way more than your typical next-gen console upgrade. Death Stranding Director’s Cut features all-new story missions, improved combat, crazy new ways to deliver cargo, and even a full in-game racing experience. Of course, you also get a nice visual bump. You can watch the new Director’s Cut trailer below. 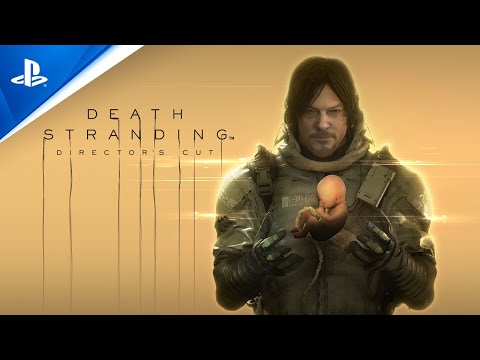 Well, consider me intrigued. It seems that Kojima has transformed Death Stranding from the somewhat limited experience it used to be to something richer and more open like Metal Gear Solid V. Here’s the official description of the Director’s Cut…

Tomorrow is in your hands. From legendary game creator Hideo Kojima comes a genre-defying experience, now expanded and remastered for the PlayStation 5 console in the definitive Director’s Cut. In the future, a mysterious event known as the Death Stranding has opened a door between the living and the dead, allowing grotesque creatures from the afterlife to roam the fallen world, marred by a desolate society. Take on the trials of Sam Bridges with advanced combat, explore new locations with extra missions and minigames, experience an expanded storyline and much more.

Death Stranding Director’s Cut Coming to PS5 September 24th and pre-orders are now open. Those who already have Death Stranding on PS4 can get the game at a “discount price”, suggesting that you’ll probably have to pay a $10 premium to upgrade, just like with other PlayStation exclusives. What do you think? Is there anyone missing the original version of Death Stranding but planning to give the Director’s Cut a shot?