The next Shin Megami Tensei V demon digest video is here. It is also a very recognizable character from previous games. Rangda is back in SMT V. One of her most notable features over the years, for example in both SMT and Persona games, is the ability to display standard attacks from weapons or guns.

After the summoning segment in her video, we get to see Rangda in a snowy, mountainous environment. She even uses her claws to swipe at the Nahobino. When the combat portion starts, we see Rangda attacking some Slimes and a Tsuchigumo. As usual, these are demons that haven’t gotten their own official trailers yet, but have been unofficially confirmed via another character’s. 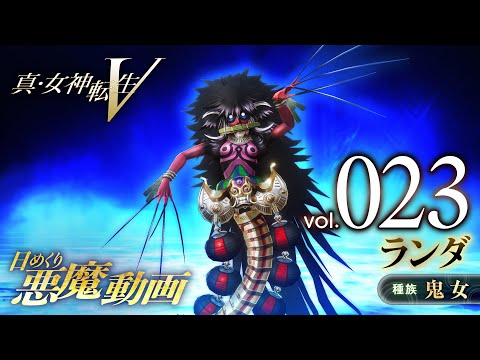 As for the end of the trailer, there is a very distinctive silhouette. Looks like Arahabaki will reappear in SMT V. The design is based on dogu figures.

We are now up to 23 demons, with Rangda being confirmed for SMT V. Here are the last 20 most recent characters who had their time in the demon digest spotlight.