Edge of Eternity Review – A Beautiful But Imperfect Blade

Should a JRPG be made in Japan? Perhaps more to the point, is it possible to get a good JRPG outside Japan? Plenty of western-developed titles, from Secret of Evermore to Child of Light, to the countless RPG Maker projects hitting Steam every month have attempted to answer the latter question. The results have been mixed to say the least. The latest game to hit the record is Edge of Eternity from small French developer Midgar Studio.

While most Western-developed JRPGs look to 8- or 16-bit eras for inspiration, Midgar Studio aims to replicate modern games like Final Fantasy XV and Xenoblade Chronicles, while leveraging new technology like NVIDIA DLSS and AMD FSR. Pretty ambitious stuff for a team of 10 to 15 people! Will Edge of Eternity score a critical attack or do you want to flee? Time to find out if the Franco RPG has a chance to become a new genre…

Delivering some heavy world-building from the get-go, Edge of Eternity introduces players to Heryon, a world in the midst of a bitter war with aliens known as the Archelites, who are seemingly responsible for the Corrosion, a nasty biological weapon that people turns into zombie-like abominations. Our main characters are a brother and sister duo – Daryon is enlisted in the Consort (Heryon’s army), while Selene is a high-ranking member of the Sanctorium (the masters of all things magical in the world).

The story is set in motion when Selene sends Daryon a letter informing him that their mother is sick with the Corrosion. Daryon considers dumping the army, and is quick to make up his mind when his group is ambushed and slaughtered by the Archelites within a short time, and he discovers that the Consort have resorted to sacrificing their own soldiers in dark magical rituals to fight the aliens . Disillusioned and traumatized Desert Daryon returns home and decides to team up with his sister to find a cure for the Corrosion. 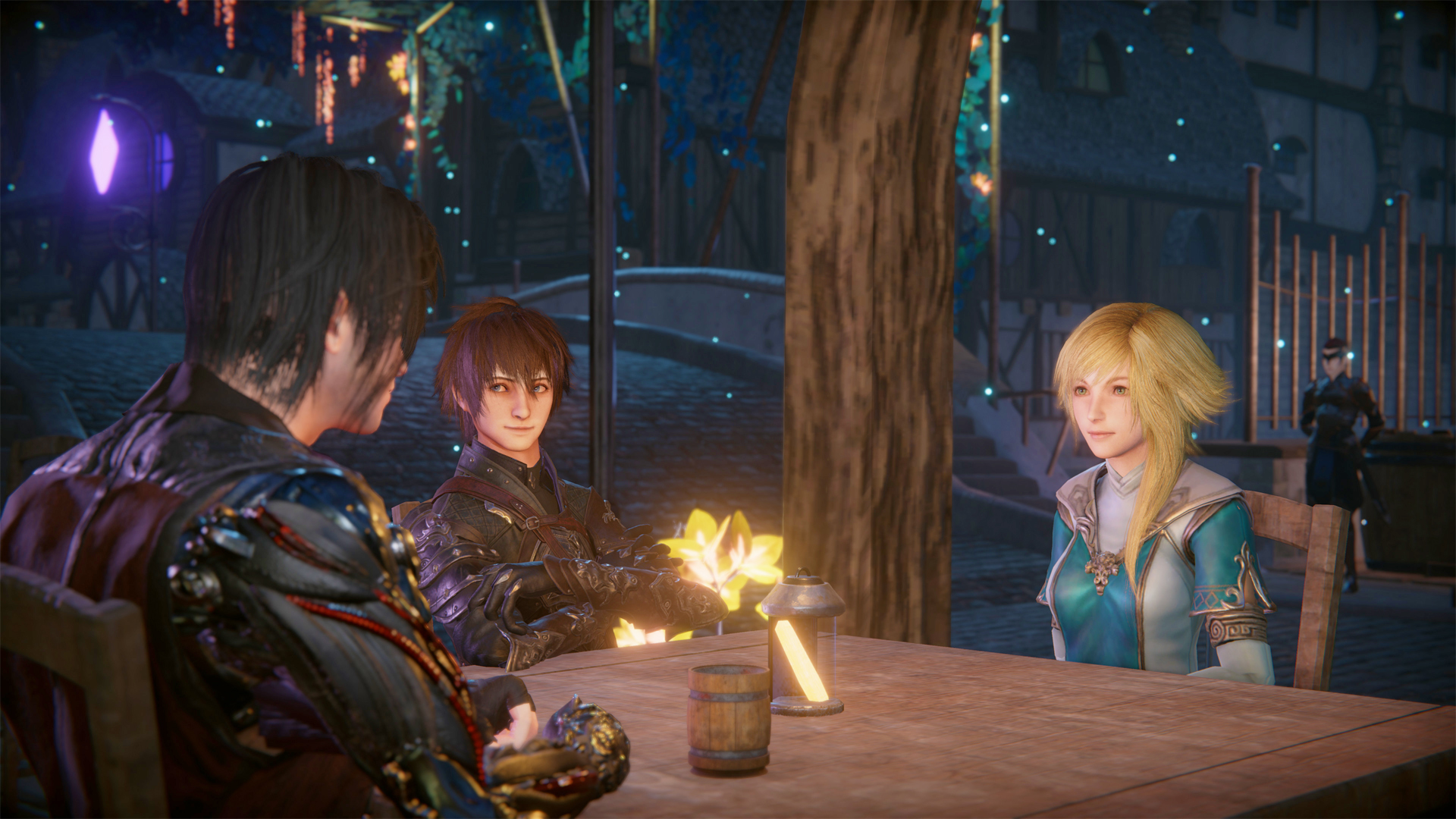 Edge of Eternity delivers everything you’d expect from a great Final Fantasy-style story: a war between humans, aliens and gods! Twist, twist and backstitch! Cheesy romance and noble sacrifices! Overall, the game’s plot is actually quite compelling, occasionally diving into some dark places that your typical Square Enix game might be afraid of. And things never get happy to complicated or confusing. That said, while the broad plotlines are solid, EoE’s French development team struggles with dialogue, which is often equally clumsy and clumsy. The game also falls far too often on humor, as almost nothing comes of it. The game’s English voice actors do the best with the rules they’re given, but they’re not miracle workers.

Combat in Edge of Eternity is your default turn-based Active Time Battle setup, with each character and enemy having their own timing bar that determines turn order. Players can use physical attacks, magic, or items, and there are elemental strengths and weaknesses in the game. Party members are a motley crew, with Daryon and Selene joined by a sky pirate with guns, a mischievous cyborg and more (there are six playable characters in all), each offering slightly different combat mechanics. Ultimately, the most unique facet of EoE’s combat is the ability to move characters around a hex-based battlefield during their turn. Expect nothing to strategically, this isn’t XCOM or Final Fantasy Tactics, but you have to move to avoid attacks and take bonus damage by hitting enemies from behind. 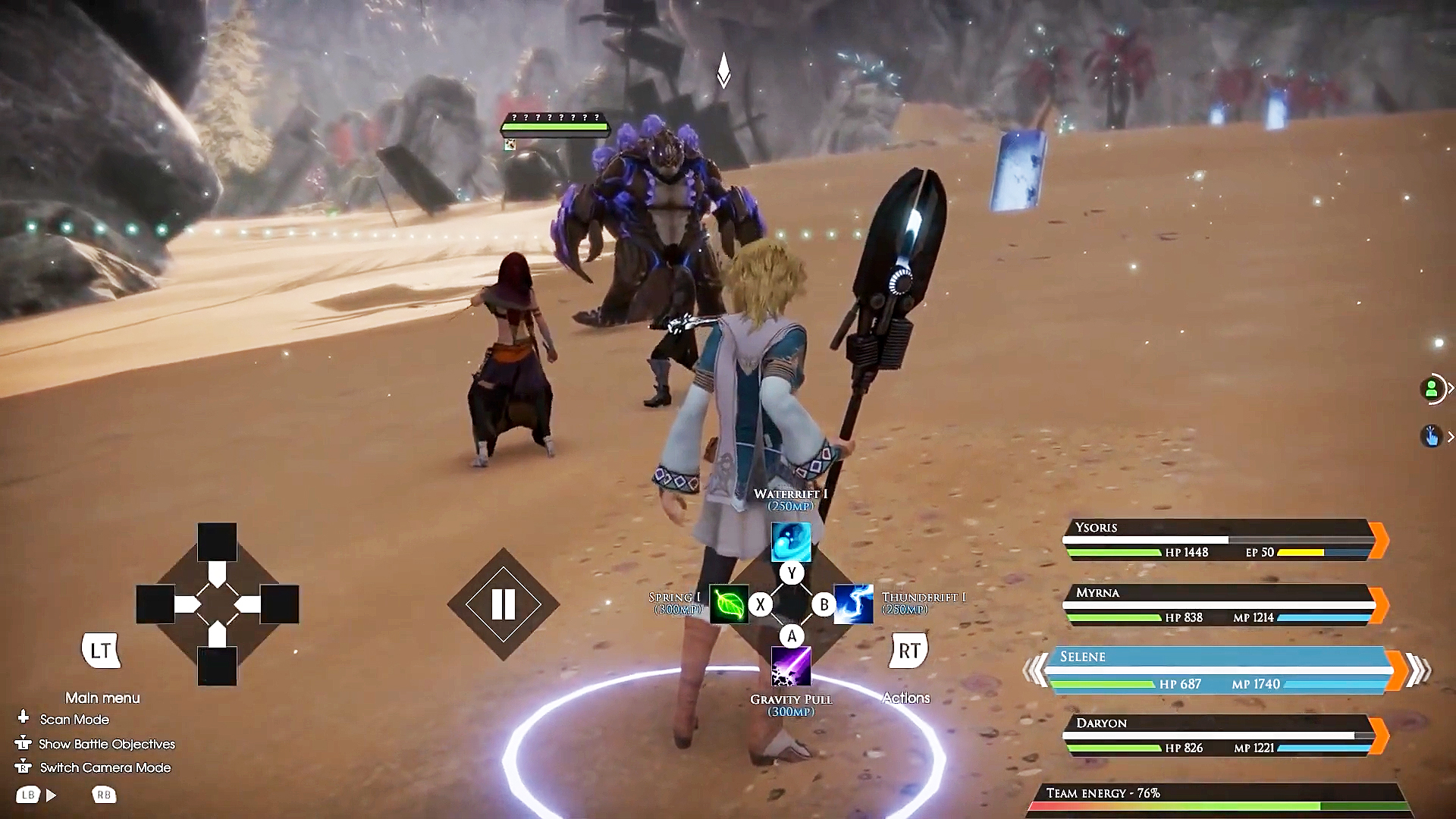 Unfortunately, there are some minor annoyances that keep the fight from being as fun as it could be. Moving takes up part of a turn, so you’ll find yourself avoiding it unless you have to, and the ATB system definitely needs tweaking. If you get into a fight with a large number of enemies, it’s very easy to get harassed, with half a dozen monsters taking turns swatting you before you get a chance to react. Combat generally feels either too easy or too hard, with little in between. You’ll get through most enemy encounters quickly, but then you’ll find yourself in a hopeless situation against a large crowd or surprise boss battle. In one instance, I found myself under-leveled and locked in an area for storyline reasons with both a boss and tough enemies I couldn’t defeat. I ended up getting lucky enough with enemy mobs that I was able to level up and escape the area, but honestly, if I hadn’t played this game for rating it would have been a real “Yeah, I’m ready” moment. 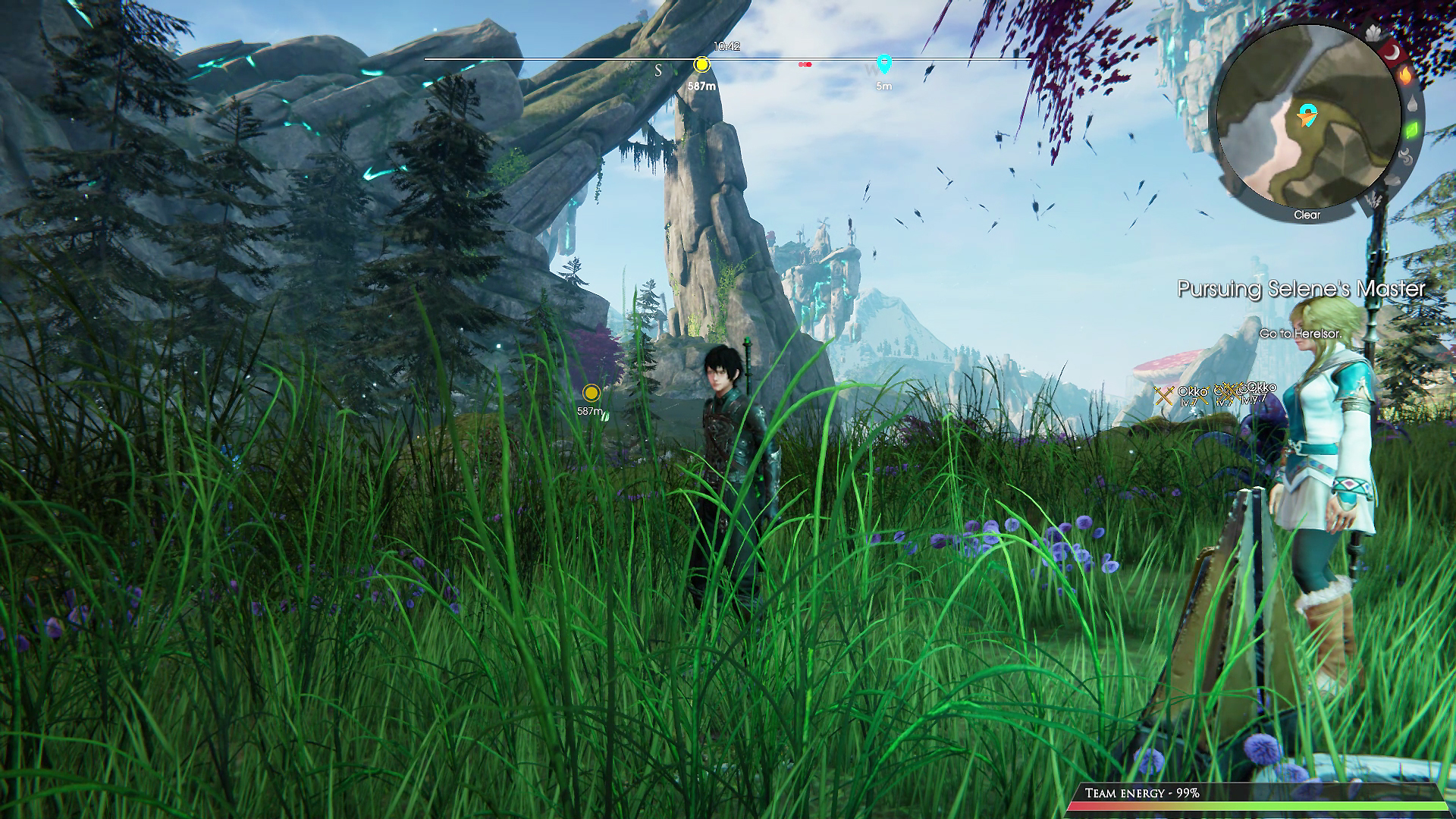 Building your party is pretty easy. While you can equip different types of armor, the main upgrades are tied to your weapons, as each has its own skill trees that you unlock as the weapon increases. Skill tree slots can be equipped with different crystals, which will unlock various passive bonuses and magic spells. It’s a solid system in theory, but unfortunately most of Edge of Eternity’s weapons and gear have to be crafted, and the game tells you very poorly where to find crafting items. There’s no bestiary, craft compendium, or special map – finding the craft items you need is pretty much a matter of trial and error. I admit, I often ignored crafting and just continued brute-force leveling (which is entirely possible).

However, I haven’t completely given up on exploring crafting materials like the world of Edge of Eternity is sometimes quite sweet. From grassy plains to sunny beaches and icy wastelands, the vistas of EoE are impressively varied. Don’t expect anything as extensive as the Xenoblade Chronicles games, for example, but there are some nice open spaces where you can stretch your legs. It is a pity that your mobility is somewhat limited. You can’t jump, you can’t climb, oh, you can’t even jump over a knee-high fence. The game’s map is very limited (essentially just a blown-up version of the minimap), making it harder to find your way than it needs to be. You do get a cute “Nekaroo” to ride (essentially a fuzzy feline version of Final Fantasy’s Chocobos), but it doesn’t quite make up for any other limitations. 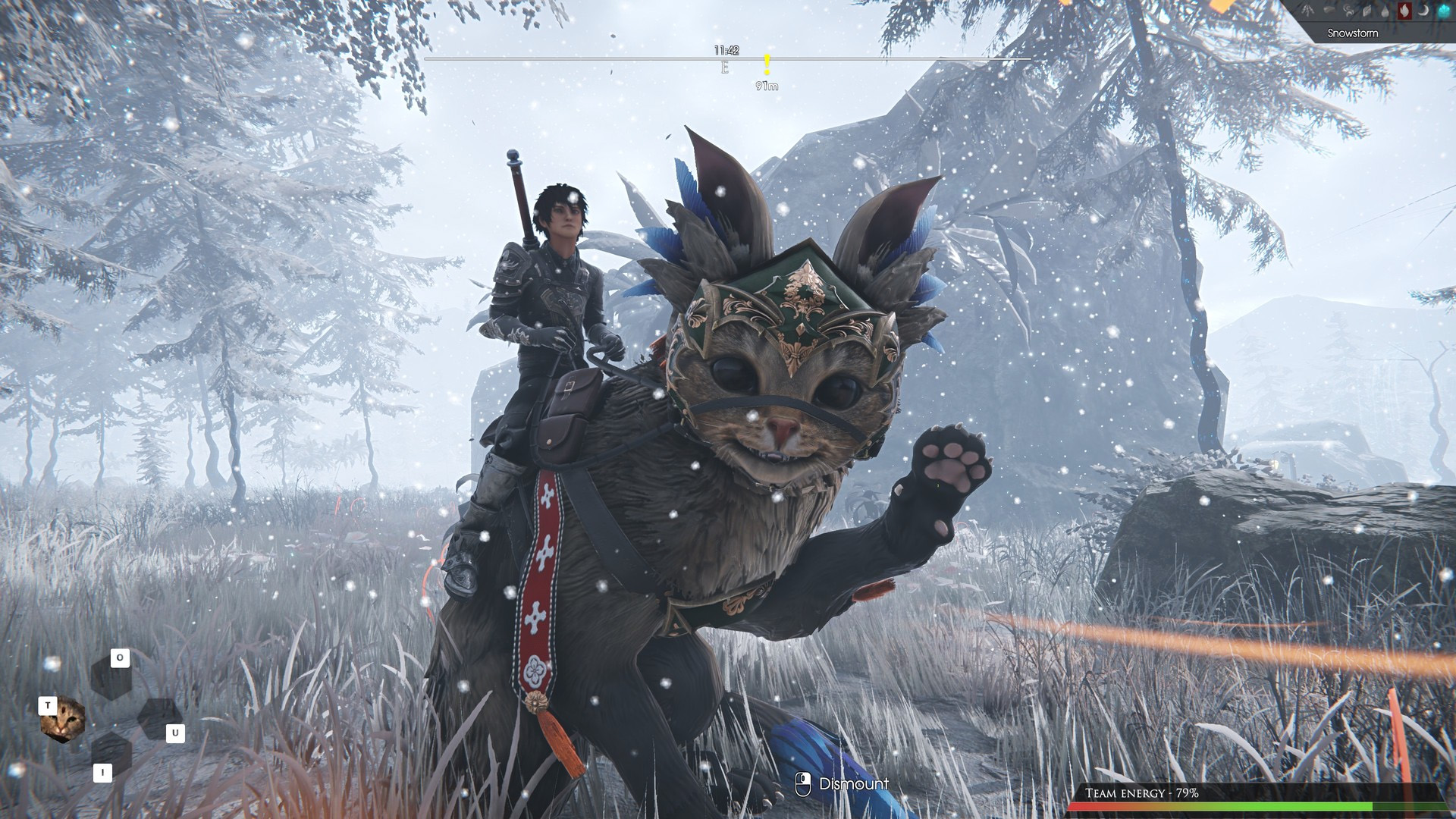 The variation in the world of Edge of Eternity extends to the game’s missions. Sure, there are plenty of your standard caves and dungeons to explore and “go to X and kill Y” missions, but there are also sequences that are almost like a horror game. Other times you find yourself doing things like leading a giant monster to attack an enemy camp, navigating a futuristic alien spacecraft, or solving light puzzles. The game never stops bringing out new ideas.

The diverse world of Edge of Eternity certainly looks beautiful, with environments brought to life with lush details and moody lighting. On the other hand, character models are quite stiff, especially NPCs, who all look like the same character with different costumes and wigs. Don’t get me wrong, considering the size of the development team this is a remarkable looking game, just keep your expectations in check. Thankfully, I don’t have to say the same about the soundtrack – it’s truly epic, featuring tracks from legendary Chrono Cross and Xenoblade composer Yasunori Mitsuda. 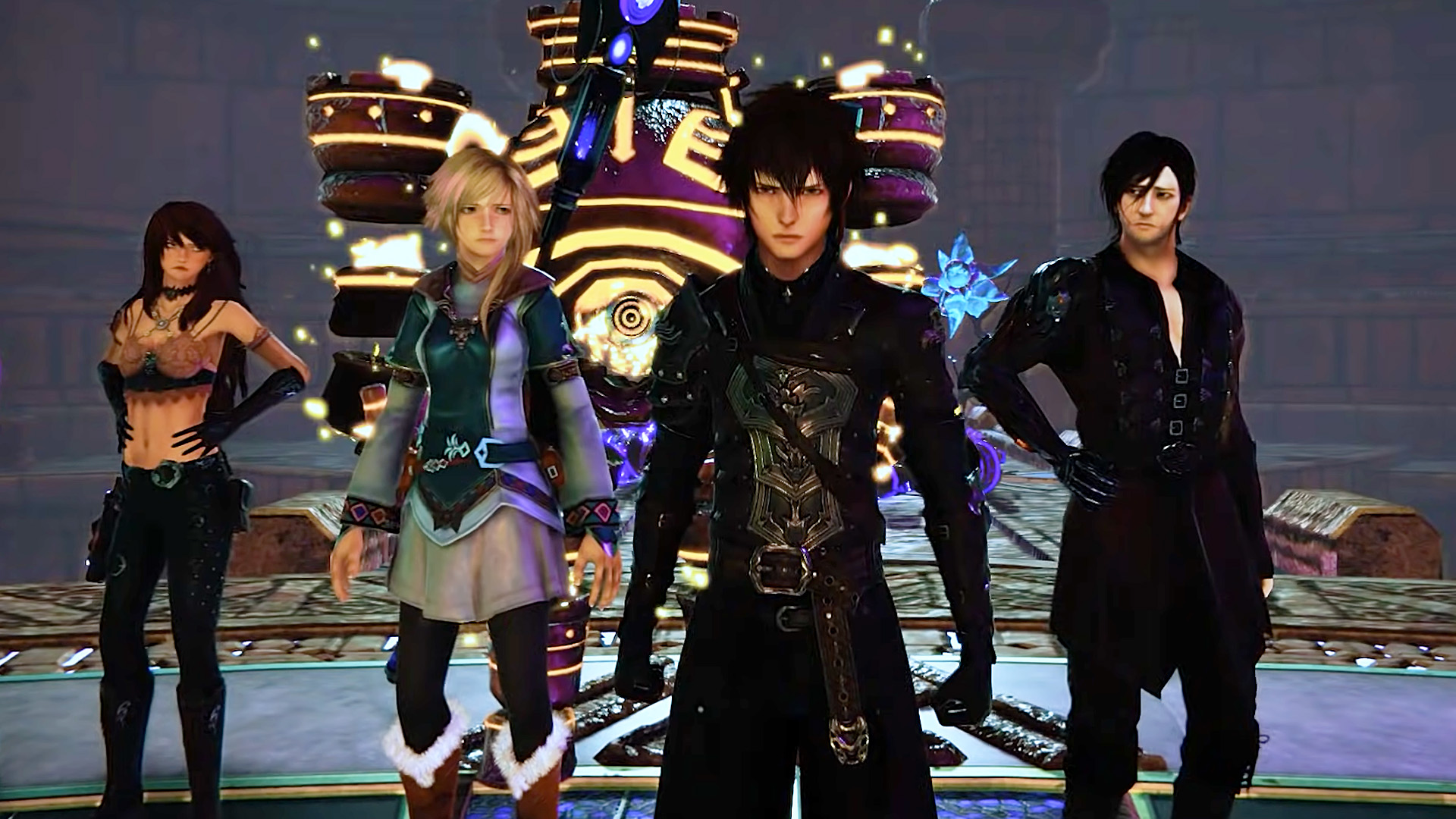 Speaking of epic, Edge of Eternity doesn’t skimp on content, serving up a campaign that will take at least 25 to 30 hours to complete, even if you keep a close eye on the price. Those interested in clearing all the sidequests can easily take twice as long. Again, considering how few chefs were in the kitchen, you get an impressive meal, but I can’t help but think I might have liked something more modest and better seasoned.

This review is based on a PC copy of Edge of Eternity from publisher Dear Villagers. You can grab a copy of the game here. 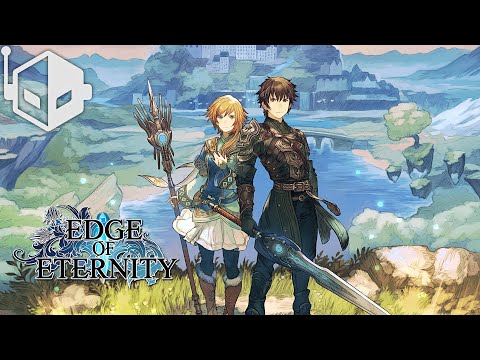 Edge of Eternity aims for the stars and manages to reach a few, with a compelling plot and an expansive, varied and often beautiful world. Unfortunately, clunky dialogue, issues with exploration and combat, and a ubiquitous level of jankiness hold the game back. You have to admire Midgar Studio for pushing themselves, but as it is, the Edge of Eternity can be too erratic for some.