There are two new English ones Demon Slayer: The Hinokami Chronicles trailers, and everyone is watching the Kimetsu Academy alternate versions of characters in the game. A video looks at the Kamado siblings, Tanjiro and Nezuko, and Giyu Tomioka. The other focuses on the different versions of Inosuke Hashibira, Shinobu Kocho and Zenitsu Agatsuma. In addition, Demon Slayer: The Hinokami Chronicles Steam Preorders are now open.

The first trailer highlights the fact that the siblings here are regular students. Although instead of her muzzle, this version of Nezuko loves bread and always has a loaf of bread in her mouth that she is eating. As for Giyu, he is the gym teacher of the school. The video gives us the chance to see their more specialized Kimetsu Academy attack in Demon Slayer: The Hinokami Chronicles. For example, Giyu uses a whistle to punish a student, Nezuko attacks with her school bag, and Tanjiro makes baguettes. 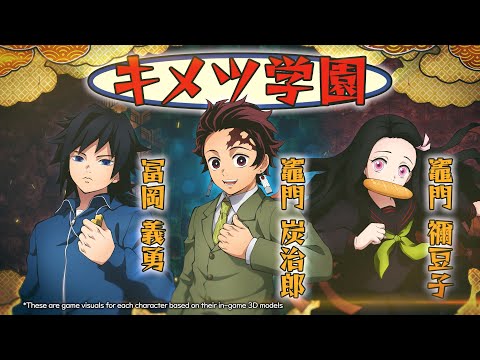 The second trailer kicks off with the introduction of the Kimetsu Academy versions of Inosuke, Shinobu and Zenitsu, who are all students like Tanjiro and Nezuko. Shinobu practices fencing in that alternate timeline. Zenitsu fights with a broom. Meanwhile, Inosuke struggles and uses two bats. 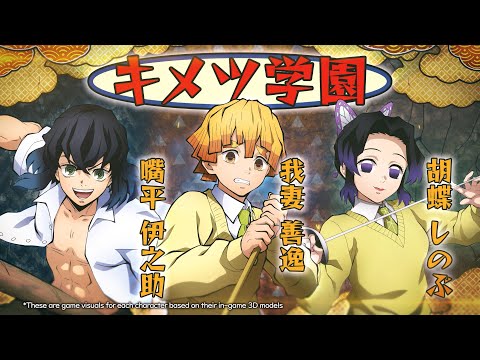 Global Release of NieR Reincarnation May Be Delayed