Call of Duty Warzone gamers continue to test new gear to take on the battle in Verdansk on PS4, Xbox One and PC.

However, with something that could be the next best gear in Warzone being touted, fans won’t take long to test it out.

That’s because Call of Duty Warzone Season 4 Reloaded launches this week and is expected to feature another COD meta shakeup.

Activision has announced that the major Call of Duty Warzone update will launch on Thursday, July 15, as part of a wider Cold War expansion.

The main focus of the Call of Duty Season 4 Reloaded update is adding new content to the popular Black Ops Zombies mode.

But as always, COD fans are also prepared for new things in Call of Duty Warzone. As with previous patches, Call of Duty Battle Royale is expected to be one of the last areas to be updated by Activision.

And when this happens on July 15, Activision is expected to unleash another wave of weapon customization.

These may not be as big as previous balance patches as developers Raven Software will be hard at work changing other parts of the game.

But there’s a good chance some overpowered combos can be reduced or their attachments tweaked.

More news on the subject is expected later today, and for now, gamers have other existing gear to try out.

A new combo currently touted is the XM4, which has proven to be a solid choice after the recent meta changes.

Not only does the XM4 come with a lot of ammunition, but it can also be used for close and medium range encounters.

This makes it a formidable tool for those COD fans who need as much help as possible in winning those final battles in Verdansk.

One YouTube content creator leading the way in finding the best Warzone gear is JGOD, who just released its latest recommendation. 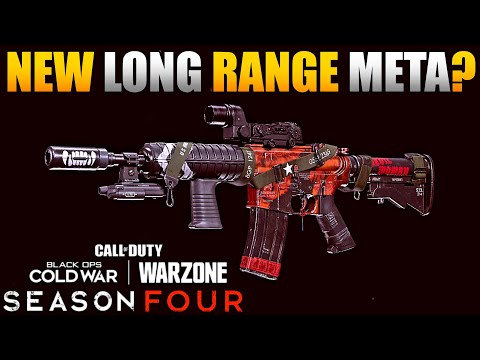 This covers the XM4 and how to use it to your advantage over clear ranges on PS4, Xbox One and PC.

While the long-range configuration for the XM4 has been discussed before, it has also been revised since the most recent Warzone patches.

This includes changes made in early July that flattened the XM4’s recoil, making it a leading combo in Warzone.

The long-range XM4 build used by JGOD can be found in this YouTube video and includes the following attachments:

But JGOD also mentioned another best Warzone gear worth checking out this week, for Season 4’s big update. By emphasizing that the RPD is a good weapon for those just starting out in the LMG class, it’s clear to see how the recoil mechanics can help.

While the RPD has a recoil that pulls the gun up, the extended firing provides a window into which the weapon has almost no kick.

And that can be used to a great advantage when you’re going up against multiple players from a good spot on the map. The gear used in the video includes the following:

It should be noted that both weapons are used with the Milano as secondary, meaning they are not used together.