GameLook report/Recently, a huge contrast in the game linkage makes the author can not help but call for a good life.

In my memory, this “famous young” mobile game has been constantly refreshing its impression of the outside world since its birth: it has been downloaded 500 million times worldwide, won the best mobile game of 2019 TGA, and the first day of the national service is the first day of the iOS free list. The fourth best-selling list… But it does not stop there. In today’s long-distance operation, “Call of Duty Mobile Games” has introduced new tricks.

It is this unexpected contrast that provides a brand new opportunity for games and linkage activities to get out of the circle.

No ghosts, give CODM the whole point of the second element

Cross-border linkage is nothing new in the gaming circle, but the cooperation between FPS mobile games and two-dimensional games is still surprising. In fact, the two parties that seem to be far apart actually have a key point of convergence-based on the intersection of “firearms”, “Call of Duty Mobile” and “Girls Frontline” have conducted in-depth cooperation. But linkage itself is not an easy task. In order to arouse the love of players, it is necessary to retain the characteristics of “Girls Frontline” itself. And “Call of Duty Mobile Games” chose to start from the world view, first to build a suitable stage for the mutual understanding of both players.

This special world originated from an accident. Sheila discovered that the soldier ants had come to the CODM world by using the cracks in time and space. During the crisis, she boarded a helicopter with the Griffin logo and learned that because Griffin and others could not cross the cracks of time and space, she sent a tactical humanoid team to help eliminate the soldiers. With the help of simple humanoid manufacturing equipment in the helicopter, players can collect materials in the game, create mini self-disciplined humanoids, go to occupied strongholds to eliminate soldiers and complete “rescue operations”.

In the game, the two-dimensional “pain gun” that players look forward to must be indispensable. Not only brought 11 linked firearms such as AN94, ICR, Type25, and each gun has a corresponding tactical figure; at the same time, the game also provides a linkage character: Sheila AN94, as well as various resources such as ornaments and spray paint. Linkage. Before the linkage is officially opened, players who can’t wait to even call “wife” to linkage guns, really sitting on the ridicule of the “macho man must play”. 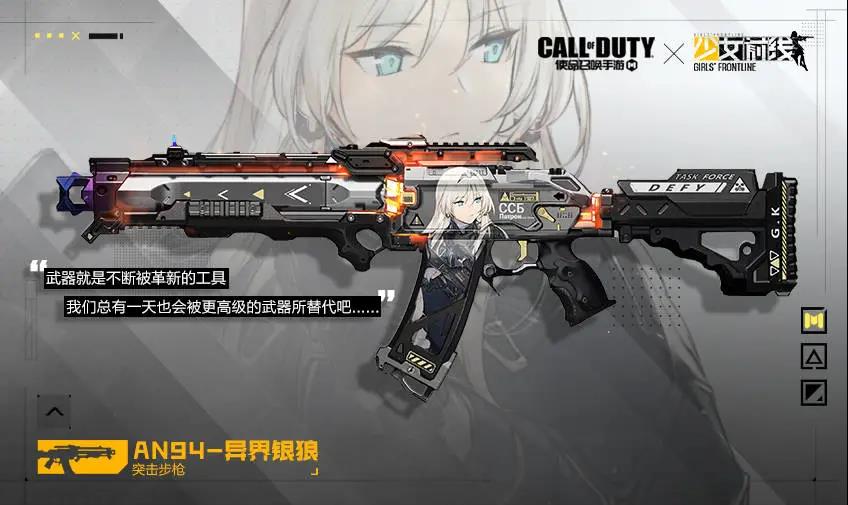 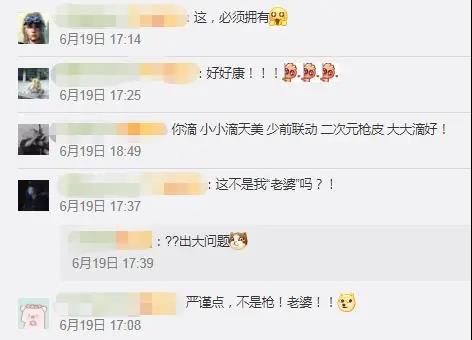 The arrival of “Girls Frontline” naturally brought the implantation of various in-game interactive easter eggs. For example, in the battle scene, there will be elements such as spray paint, computer screen, projection, shooting range and so on. In the mission battlefield mode, the game will also replace the original hidden room in the hospital with the Griffin Commander’s dormitory, and the player will hit 8 A soldier ant can be turned on.

In addition to the in-game linkage, the out-of-game marketing of “Call of Duty Mobile Games” is also full of two-dimensional flavor. Today, the game’s offline BW event brought players a special linkage wall prepared by “Call of Duty Mobile Games” x “Girls Frontline”. At the same time, a solicitation activity led by a well-known UP leader was also launched at station B. 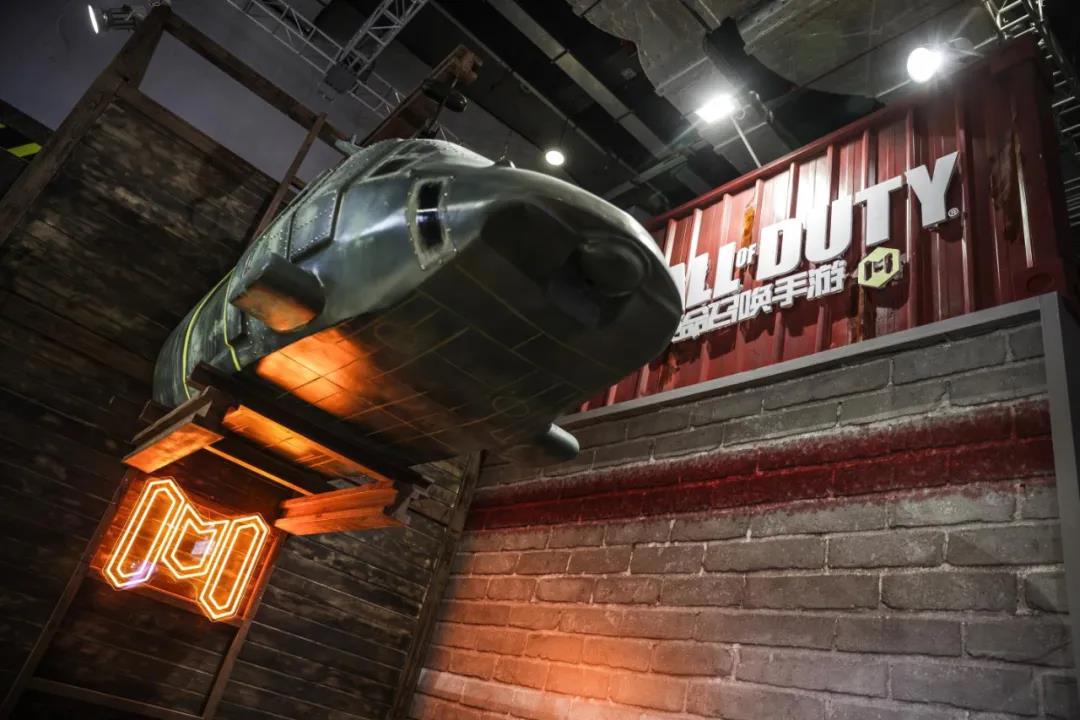 At the same time, the official also launched a new audio skit material. Players can learn more about the details behind the linkage through the interpretation of the story between the game’s character dialogues.

In addition to the popular offline activities at Station B, online UGC solicitation and audio skits, Mr. Yu Zhong, the producer of “Girls Frontline”, also personally initiated the call today, bringing the players to the online linkage Congratulations, all of these have provided a powerful boost to this linkage event and the re-launch of “Call of Duty Mobile Games”.

Writing boldly, reading as sincere, an attempt from the player

Given that the game’s previous linkage objects are “First Blood 2” and “Die Hard”, the outside world may think that this wave of “Call of Duty Mobile Games” is indeed a bit bold. However, in GameLook’s view, the linkage of “Girls Frontline” is actually another accurate capture of player needs.

Indeed, as early as COD16 and COD17, the Call of Duty series had conducted similar linkage attempts, and launched many pink and tender two-dimensional “pain guns”. For example, the popular Oden ancestors, pink glass hearts, cherry blossom dreams, etc., and even the pink mud-head truck called the two-dimensional mudslide, and the two-dimensional helicopter, have shocked players for a whole year.

But it is this peculiar combination that has caused countless players to take advantage of it, and they can’t help but pay for it at their own expense. “I have been playing FPS for many years, and I have always felt that the default skin is very good-looking, very handsome, and very smelly…until the second element gun skin appears.”

Nowadays, the concept of “the more the skin is the more accurate the gun” is accepted by more and more “macho” players. Two-dimensional and FPS games are no longer two parallel lines. The former is even jokingly called the new “wealth code” of the COD series. , Mobile games are no exception.

When Sheila debuted at the beginning of this year, she brought three “two-dimensional color matching” weapons, which are very popular among players: “I am not interested in how handsome and cool the guns in other boxes are, but you have a two-dimensional gun. Pi Na can’t help it.” He also planted the seeds of the second element for mobile game players in advance.

On the other hand, “Girls Frontline”, which has been ridiculed by players as “love and hope”, is not a soft and cute two-dimensional element in the usual sense. “Anecdote. At first glance, the two paintings with very different styles actually have a lot of similarities.

As for this “late but arrival” linkage, players actually have long expected it.

Before the official launch of the national service, a large number of players made their own UGC content for “Call of Duty Mobile” and “Girls Frontline”. For example, at station B, there have been many videos of recovering weapons such as HK416, AK12 and M200 in CODM, as well as promotional videos of rice-system linkage activities, which has caused a lot of discussion among the player community, “imagining” the two are reached” Various details of “Linkage”. 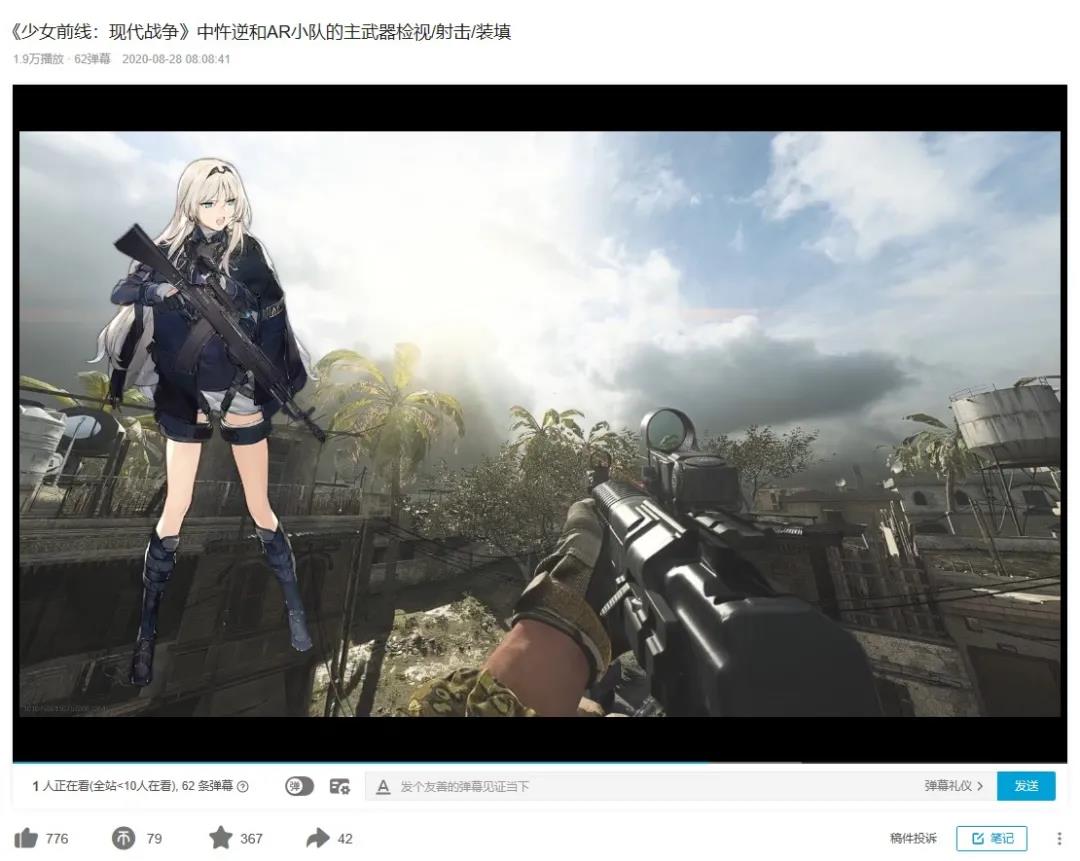 Therefore, the current “Call of Duty Mobile Game” and “Girls Frontline” officially opened linkage, in essence, it is more like a direct response to user demands. While the official creation of freshness for players and sincerity enriches the connotation of the game, we can also clearly see the importance and precision of the game to users.

After reading the players, the game chose to continue to deeply bind the B station, where UGC originated, and try to reach potential users as much as possible through the combination of in-station announcements and BW activities. Just relying on this increasingly mature technique, one can’t help but look forward to more exciting linkages in the future.

To be honest, “Call of Duty Mobile Games” resolutely linked with the well-known domestic two-dimensional game, it is surprising that Tencent’s action is so decisive.

As the entire industry completes the transformation of high-quality goods, for a game, after achieving a stunning debut, the long-term operation link is an even more severe challenge. Judging from the contrast effect brought by the cooperation between “Call of Duty Mobile Game” and “Girls Frontline”, the game has found a new idea in the long-term boutique operation. This kind of IP linkage that breaks through the conventional “routine” may be more effective. Players bring surprises.

It is worth mentioning that the five-year-old “Girls Frontline” announced last year that it will launch a variety of sequels. After that, the launch of a series of new IP games will further highlight the follow-up benefits of this linkage.

Since the “Call of Duty: Girls Frontline” officially “launched”, the “Outstanding Student” of “Call of Duty Mobile Games” will create what surprises and unexpected content for players in the future long-term operation , Will be even more exciting.