TennoCon 2021 is almost upon us and the celebration of all that Warframe promises to be is set to be one big show. This year, Warframe developer Digital Extremes comes with a gameplay reveal for The New War, a major expansion they’ve been teasing in one way or another since 2018. You can watch a new short teaser for TennoCon 2021/The New War below. . 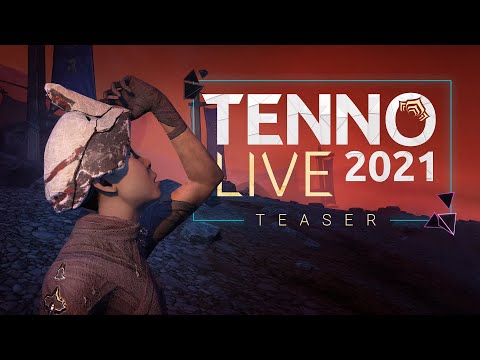 For those who haven’t kept up, The New War expansion promises to take Warframe’s cinematic storyline to the next level, as “the Sentients [unleash] war on a scale the Origin system has not seen in millennia.” Here’s what Digital Extremes community director Rebecca Ford had to say about The New War’s highly anticipated debut…

We’ve spent a lot of time talking about The New War on Devstreams and at past TennoCons. We’ve shown cutscenes, added in-game messages and lead-ups, and now the wait is over… we’re so excited to finally get some answers and give everyone a little bit of what’s to come with The New War. We are grateful for the patience of our players and we look forward to their reactions to some of our big reveals in chat. Their support creates this event, giving players around the world the opportunity to celebrate together every year. And this year we have a special in-game preview event that players will love.

The unveiling of the New War will take place during “TennoLive” on July 17 at 5pm ET. A variety of other Q&As and panels will continue the big event – you can check out the full schedule below. Players can earn some weapons and cosmetics just by watching the event on Twitch (you can get more details here). 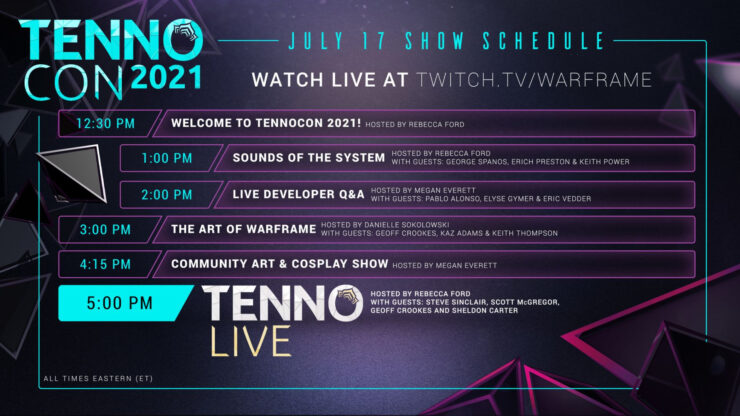