Genshin Impact will soon get its biggest update yet. On Wednesday, July 21, miHoYo Genshin will release Impact Update 2.0, which will add an entirely new region to the popular game – Inazuma. This updated map isn’t the only change in Genshin Impact with version 2.0 – the incoming patch will also add gardening and changes to the Spiral Abyss.

New characters heading to Genshin Impact with Update 2.0 are Ayaka, Sayu, and Yoimiya.

This trio of new Genshin Impact characters is connected to the Inazuma region.

In addition, miHoYo has quietly announced another new feature for Genshin Impact, which could be a sign that the release date for the highly anticipated Nintendo Switch version is on the horizon.

Previously, Genshin Impact was rumored to get a cross-save feature with Update 2.0.

This feature would be important for the Switch version of the free-to-play game as it allows existing players to easily transfer their progress.

The @GenshinReport Twitter posted: “Cross-save between mobile, PC and PlayStation will be introduced in version 2.0

“It will also be present when Genshin comes to Switch and enables hoyolab on consoles”.

And now the official Genshin Impact Twitter account has confirmed that a cross-save feature will be launched with update 2.0.

While we still don’t know exactly when the Switch version of Genshin Impact will launch, the cross-save feature is an ideal tool for existing players looking to use the Nintendo console as their main platform for playing the hugely popular free game. game in the future . 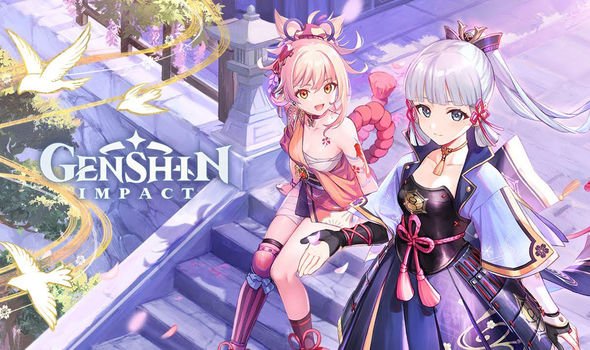 Genshin Impact update 2.0 has been nicknamed ‘The Indestructible God and the Eternal Euthymia’.

Here are more details on the incoming patch: “A foreign thunderstorm rips the skies apart and splits eternity. Lightning bolts cut through the darkness, as a god’s will manifests.

“Overcome endless thunderstorms, set foot on the island of cherry blossoms and witness the eternity pursued by Her Excellency, the Almighty Narukami Ogosho.”

The announced collection brings both titles in one bundle