Eastasiasoft has announced the release of their action platformer Metaloid: Origin on Playstation 4. This sequel to the hit of 2019 metal sees players take on the role of androids in defending their home world. You can check out the new launch trailer below…

In Metaloid: Origin Take on the role of three predatory androids and take on the robotic force of the Lucian Corp, who want to strip their world of all its resources so they can start a war. Each of the three androids has their own unique abilities to use in combat, with Erika using a bullet beam, Zeta being able to use atomic thunder, and Neva being able to use a jetpack to attack from above. There is a wealth of new weapons that can be unlocked by collecting Soulrium, a material that can be collected from the destroyed robots.

There are nine different environments for players to battle over, including forests, deserts, caves, and snowfields, and it’s essential to defend them from the ravages of the robot threat.

Metaloid: Origin features multiple difficulty levels and all the same endearing pixel art style and music as its predecessor, Metgal. 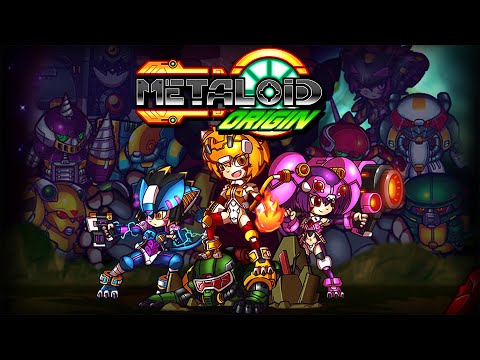 Netflix Original: What is Tattoo Redo on Netflix about? – Netflix News