Gunpowder Milkshake is Netflix’s latest action film to come to its lineup. It’s got lady assassins, gadgets, weapons, estranged assassin mothers and an insanely good cast. What more could you want? The movie will be hitting Netflix on Wednesday, July 14.

The film follows Sam (Karen Gillan), who was abandoned by her assassin mother as a child. Now grown up, Sam is a hitwoman in her own right, but when a mission goes out of control and she puts a young child at risk, Sam must find her mother and her gang of hitwomen sidekicks to help her get revenge on the people that took everything from them.

The fact that they are all hiding out in the library and they use the books to disguise their gadgets and weapons is so unbelievably cool. And there are fight scenes in a diner, a library and a bowling alley? Where do I sign up?! It looks like even the 8-year-old girl that Sam is trying to protect gets in on the action.

Gunpowder Milkshake is coming to Netflix on July 14

You can check out the trailer here: 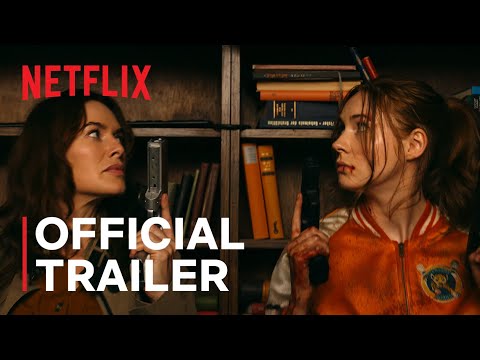 This looks so freaking good. Netflix has had a string of great action movies lately, especially ones featuring women (The Old Guard, for example), and it seems like this will be another one to add to the list.

If you watch the trailer and don’t want to at least give this movie a try, do you even have a soul? Look how bad*ss this looks!

Will you be watching Gunpowder Milkshake? Let us know in the comments below!