Later this year, the Persona franchise – one of the most iconic JRPG series out there – will celebrate its 25th anniversary. September 20, 2021 marks 25 years since the first Persona game – Revelations – was first launched on the PS1 in Japan. Atlus previously teased that they had “exciting” plans in store to mark the historic occasion for the Persona series.

And now this week we’ve uncovered the big plans that the Tokyo-based developer has.

In total, Atlus is announcing seven projects on the occasion of Persona’s 25th anniversary.

And it looks like one of these projects could be Persona 6 – the next feature story in the series.

And pages in this section of the website may tease goods branded with the Persona 6 protagonist and artwork.

The Persona Central Twitter posted: “One of the sets of Persona 25th Anniversary merchandise teases a new main character and what could possibly be the face of Persona 6.”

It then added: “Likewise, this 25th anniversary set of Persona series acrylic stands (11 in all) includes all the main titles (remakes for P1/P2 only, excluding FES), with 2 covers kept secret after the release. Persona 5 Royal cover.”

Fans have come to speculate that the main artwork for the Persona 25th Anniversary website could also have hinted at Persona 6. 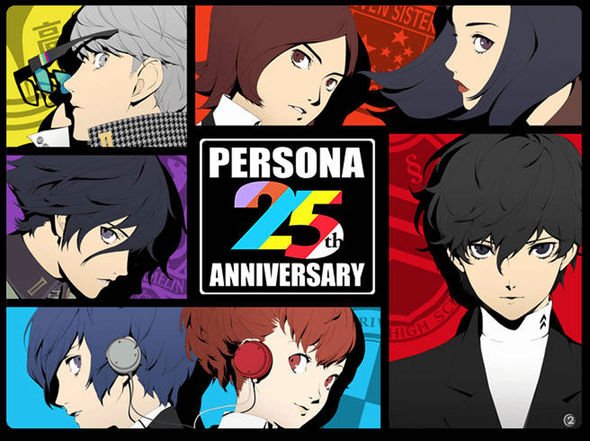 As explained in a post on Reddit, the Anniversary artwork could reveal that the main color theme for Persona 6 will be white.

As one Redditor explained: “Just in case you didn’t know, Atlus posted an anniversary image of Persona with all the main characters and a rainbow logo that reads ’25’.

“The logo actually contains all the colors for each Persona game in order, followed by white, meaning white could be the recommended color for Persona 6.”

While another Reddit post pointed out that the first anniversary announcement, due in September, could be Persona 4 related.

The reason for this is that the Persona 25th Anniversary website has a schedule for the upcoming announcements that Atlus has planned.

There are seven images that represent each upcoming unveiling.

Five of the seven slots in this scheme have a “coming soon” graphic on top of a Persona 25th Anniversary logo.

The last box has “2022/Autumn” written on top of the Persona 25th Anniversary logo.

What’s different about this logo, compared to the others on the schematic, is that it’s colored yellow – which is the same main theme color for P4 and P4 Golden.

As the Redditor speculated: “This upcoming announcement in September strongly suggests that it is a Persona 4/Golden port for consoles? Persona 4 strikers-style game made by the makers of Persona 5 strikers (PLEASE) anything related to Persona 4?”