The domestic mobile games collectively dominate the rankings of Japan and South Korea. The artistic power of the explosive table is the two-dimensional wealth code?

Yesterday (July 8), the new multi-platform MMORPG released by Kakao Games in South Korea, “Odin: God’s Judgment”, dominated the AppStore free list for more than ten days, which was ended by the domestic mobile game “War Double Pamish”; today ( (July 9), the aftermath of the “God Solver” also completed the feat of reaching the top of the free list in Japan. In addition, it is worth noting that Tencent’s new two-dimensional work “White Night Aurora”, which has attracted much attention in the industry, jumped more than 70 places on the Japanese App Store best-selling list overnight and returned to the top ten due to the launch of the new Summoning Pool. 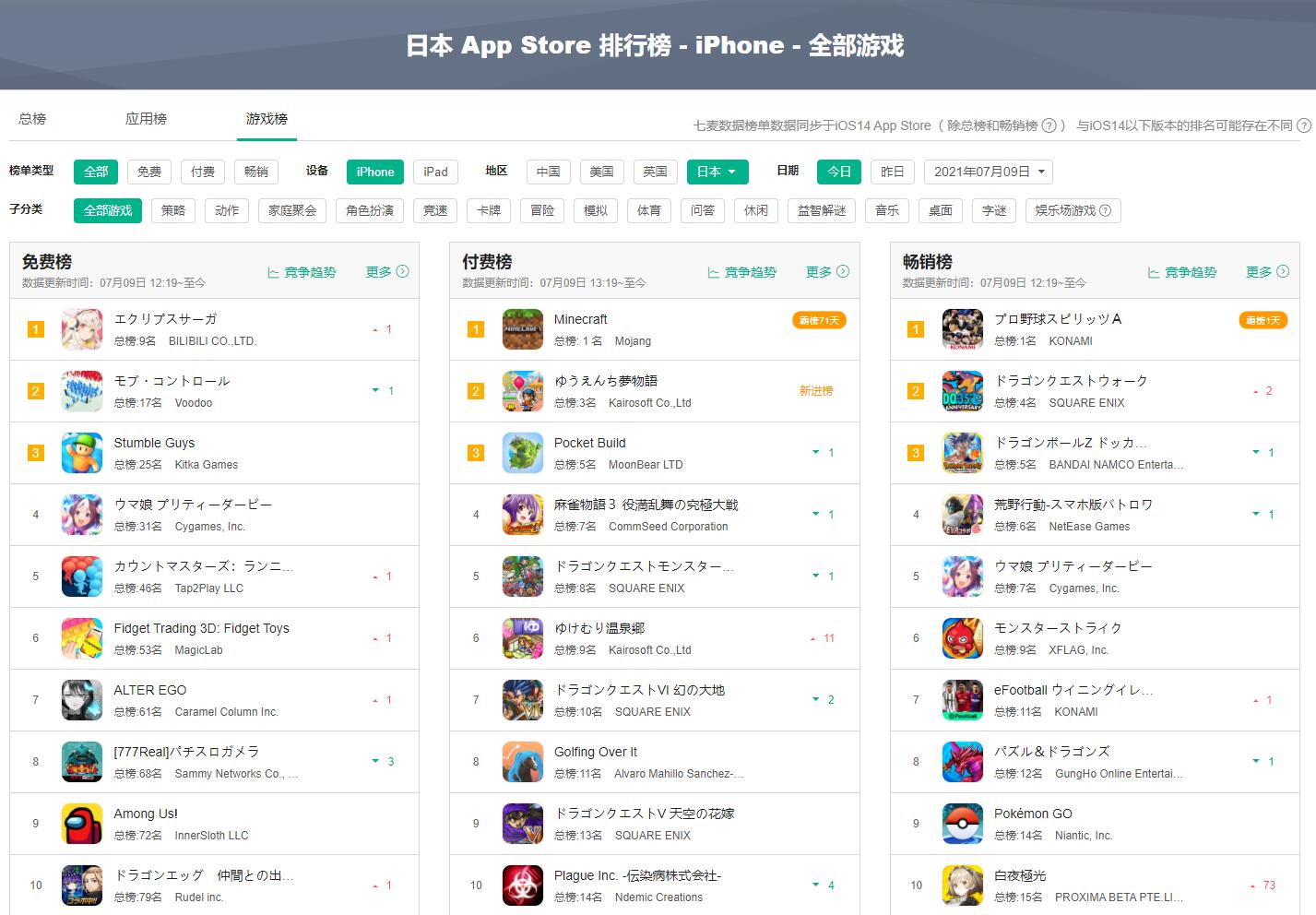 In the collective outbreak of the domestically produced two-dimensional mobile game, GameLook noticed that “artistic power” has become a key word frequently mentioned by players from the industry to the players. On the journey to the sea of ​​stars, domestic gamers have become more and more aware of where the “wealth code” of the two-dimensional players is hidden.

When it comes to the Japanese two-dimensional element, a classic misunderstanding is “beautiful girl with big breasts and no brains”. In fact, the evolution of the Japanese two-dimensional painting style can be described as a process of “dreaming into reality”. Among them are the aesthetic evolution brought about by the development of otaku culture, and practitioners are paying more and more attention to the demands of content consumers.

In the process of the development of the Japanese two-dimensional, Hayao Miyazaki and his Studio Ghibli are undoubtedly inevitable monuments, and the most distinctive feature of his character image is “reality”. The yellowish complexion, round face, and pure black eye pupils all resemble real East Asian girls. 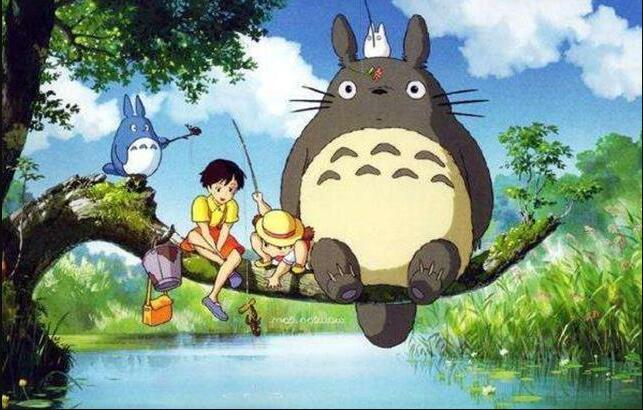 Like Hayao Miyazaki, Makoto Shinkai, who is good at portraying the background, also extends the “realism” from the scenery to the characters. Whether it is “Five Centimeters Per Second” or “Your Name”, Makoto Shinkai’s works are not so beautiful to be unreal. Beautiful girl image. It is these figures with yellow skin and black hair that make their works a classic for all ages. 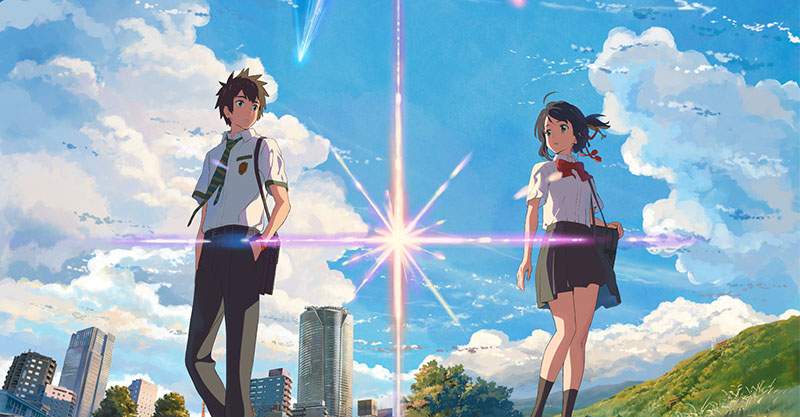 In fact, until the first decade of the 21st century, the two-dimensional image on the TV screen still has a strong realistic color. Even Kinomoto Sakura, named “the first Moe King”, in addition to the iconic big eyes, the yellowish complexion always reminds people that this is still an ordinary Japanese girl next door. 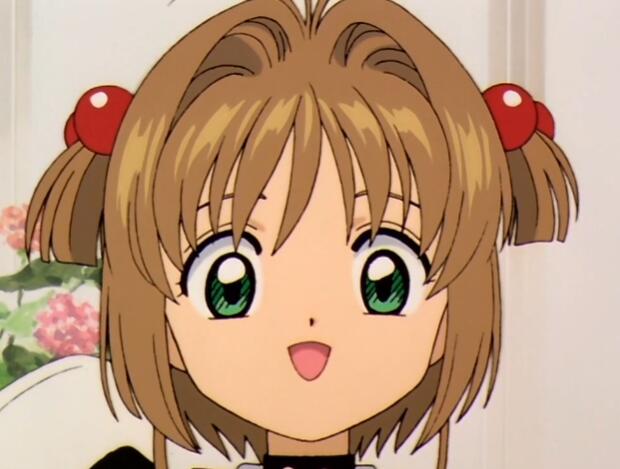 Until around 2011, the two-dimensional painting style ushered in a major change, represented by PAWorks and Kyoto Animation, two companies known as the “conscience of the industry”.

In 2011, PAWorks launched the second part of its youth trilogy “Flower blooming Iroha”. The heroine Oka Matsumae not only has a beautiful melon-seeded face, but the gorgeous luster of her double pupils and the white complexion of global highlights make it visual The look and feel is significantly ahead of the works of the same period. And PAWorks also fought to be a god, and its super artistic power of “every frame is a wallpaper” has continued to this day. 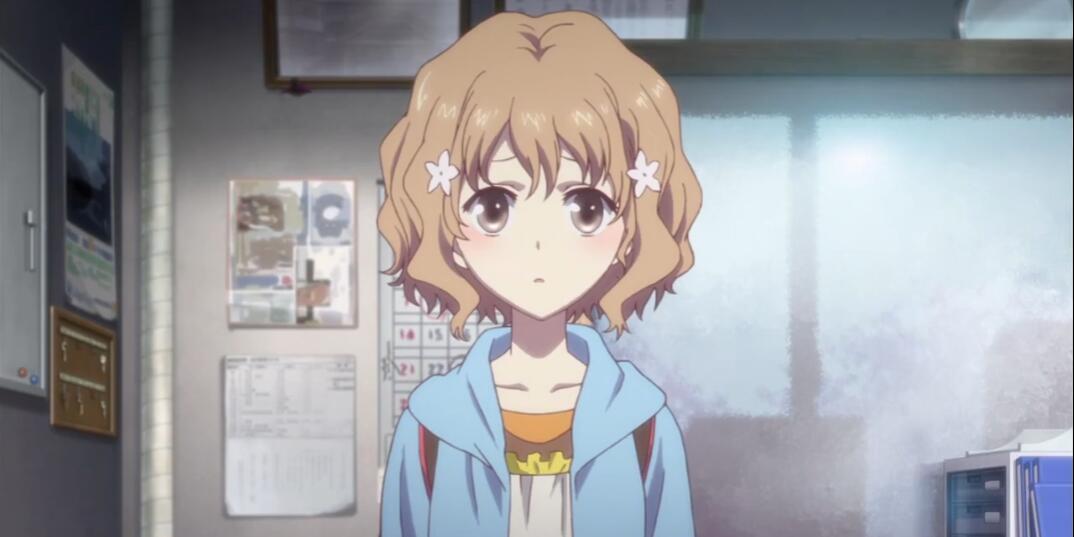 In 2012, Kyoto Animation (Kyani), which was later known by outsiders due to the arson case, launched another anime “Hyouka” with a burst of picture quality. The heroine Chitanda Airu has a pure young lady temperament and beautiful purple. Eye pupils and smooth black long straight hairstyle made countless otaku fall in love at first sight, and she was also honored as the 8th World Moe King voted by the world’s two-dimensional enthusiasts. 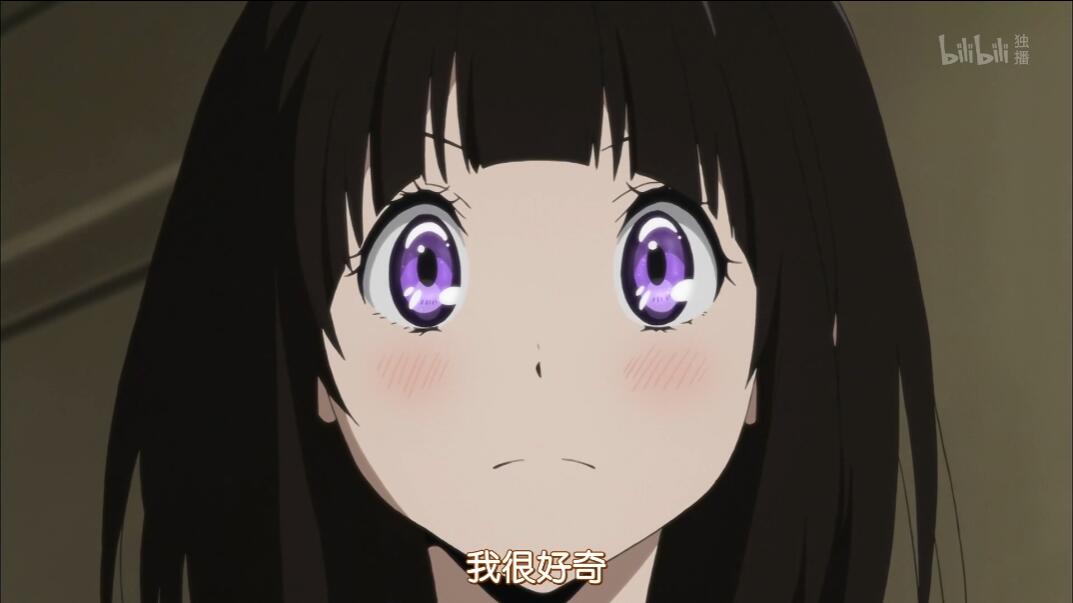 Under the joint promotion of PAWorks and Jingani, more and more Japanese animation works have begun to create the image of beautiful girls with fair and beautiful faces. As the “finishing touch”, the pupil has also become a battleground for military strategists. Not only is the color ever-changing, but the expression of pupil luster has also become an important criterion for distinguishing the pros and cons of the painting style. 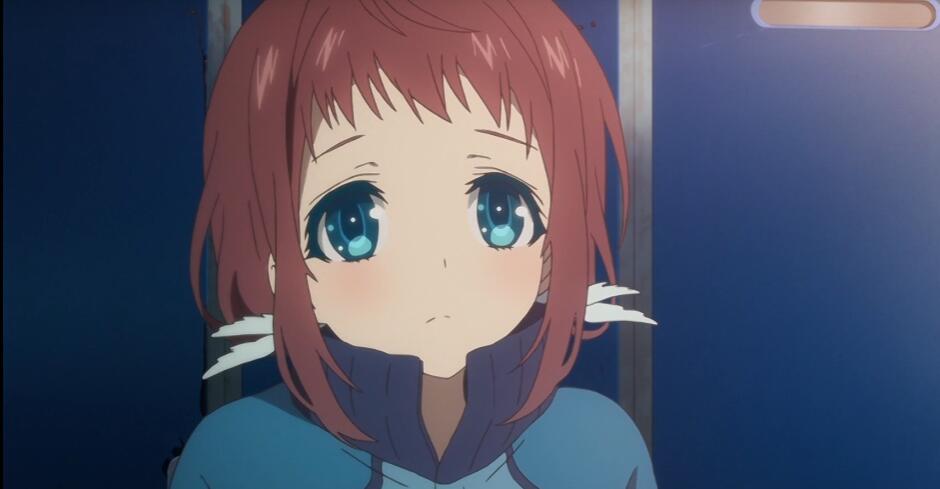 From the audience to the players, the demands force change

In 2013, the battleship anthropomorphic web game “Fleet Collection”, also known as “ACG Three Cults” along with “Touhou Project” and “Love Live!”, was launched. This game invites many artists to create characters together, so the difference in style between painters has become an important daily conversational resource for players. 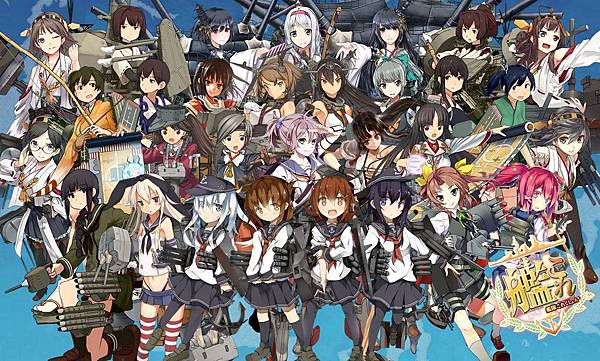 One of the most controversial painters in the game is Shibafu, the creator of many original ship girls, such as Fuxue and Kaga. Although his weapons and equipment are extremely elegant and restored, he is slightly behind the era’s “bun face” style. The role of the ship’s mother that made it designed has been criticized by many “yan control” players. 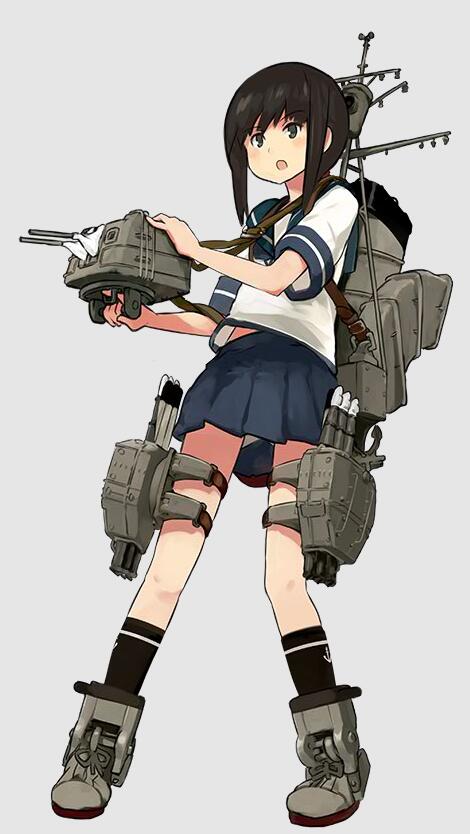 Like Jian Niang, “Fate/Grand Order” has also been criticized by players because of the large differences in the art styles of different artists, so that after each new hero is announced, discussions about whether it is good or not are all over the social network. 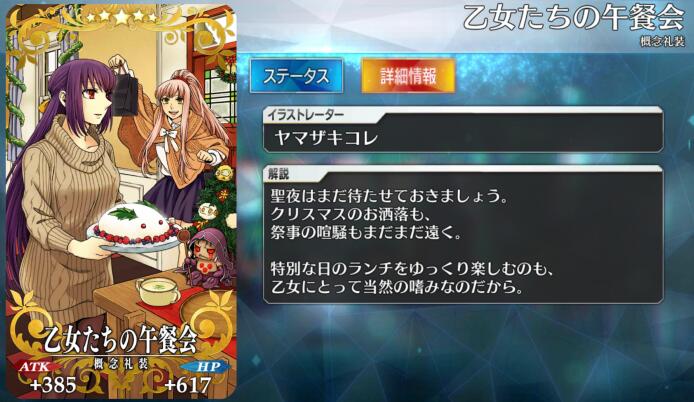 These detours that Japanese two-dimensional games have gone through have also become a valuable source of experience for domestic game manufacturers. “Modern” and “unity” have become the goals commonly pursued by domestic two-dimensional mobile games.

In 2017, “Azur Lane” was officially launched. Even if we put aside the “welfare” content of otaku masculinity, it is very consistent with the mainstream aesthetics of the current two-dimensional players from the perspective of facial modeling. In the game, the big piercing eyes and fair-skinned faces of the ship ladies in the game also make the players feel like they are in a TV animation adapted from a light novel, fighting against the forces of the deep sea under the auspices of beautiful girls. 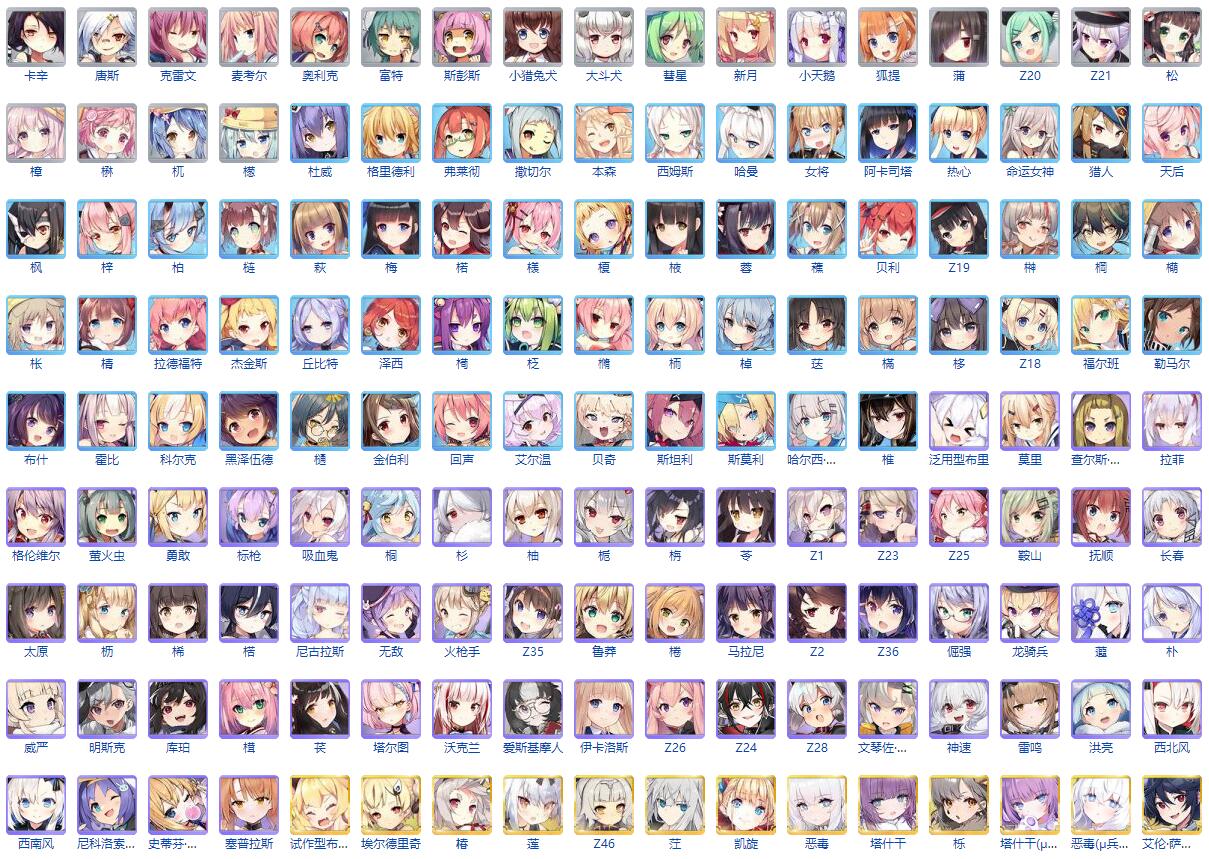 However, with the continuous development of two-dimensional mobile games, both manufacturers and players are facing the reality of becoming more and more “volume”. On the one hand, the proliferation of soft pornography has caused regulators in various countries to successively introduce policies to intervene. On the other hand, players have increasingly higher requirements for the art of the game. Especially at the moment when female two-dimensional players are gradually increasing, players not only want beautiful women, but also handsome guys.

In May 2019, “Tomorrow’s Ark” became another phenomenon-level breaker in the artistic power of the two-dimensional mobile game. Under the premise of “wrapped tightly”, the operators in the game still showed excellent standing drawing skills. Especially in the details of hair color, pupil color and other details, the treatment of color gradients caused by light problems highlights the game’s pursuit of artistic performance. 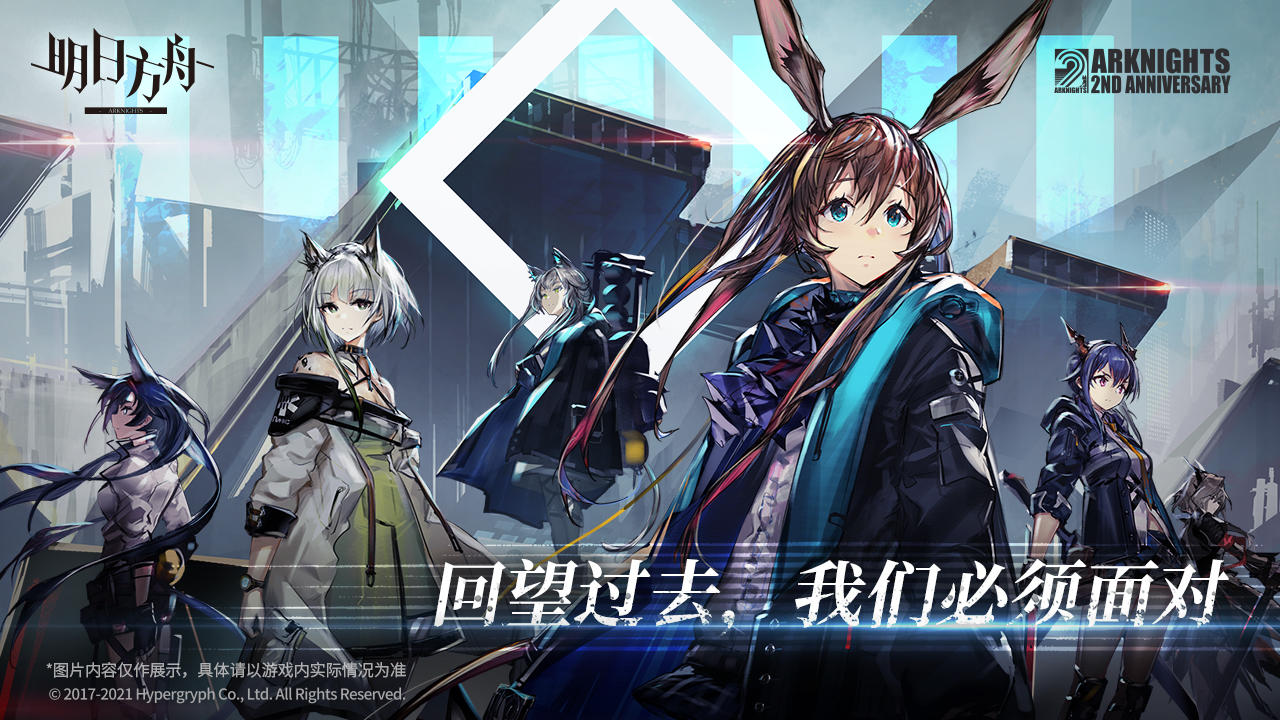 Unlike an animation that has 24 minutes in one episode and only 12 to 13 episodes in one season, two-dimensional mobile game players tend to accompany a game for several years, wanting to maintain their enthusiasm for their favorite character during the long game. The painstaking and loneliness in art is inevitable. The mature and glamorous art style of “Tomorrow’s Ark” can be favored by players, and it has also made the industry more enthusiastic about finding new ways to break through inward scrolling in art.

No matter how poor you are, you can’t be poor in art

In the “God Solver” comment area on Tap Tap, players have fully affirmed the art of this game regardless of whether the game is positive or negative. Like “Tomorrow’s Ark”, the overall style of “The Interpreter of God” is also more mature and elegant. There is neither a Korean style that is too explicit and sexy, nor a Japanese style that is too cute and cute. After going through the turmoil of copywriting and setting, the sincerity of the development team in rectification can be seen. 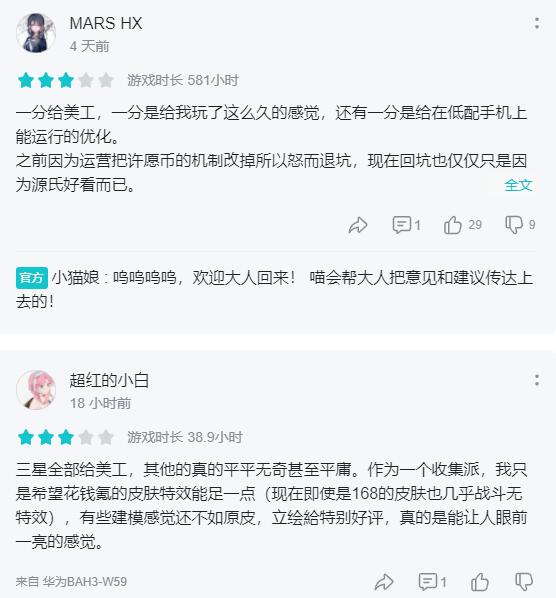 Unlike “The Interpreter of God”, “War Double Pamish”, which is known for its high image quality, has been selling for outstanding artistic power from the beginning. It not only has an excellent level of drawing, but is also remarkable in modeling. . The resulting excellent sense of strike and superior game quality have allowed “War Double Pamish” to maintain a high score of 8.4 points so far. It has been able to dominate the Korean App Store free list for two consecutive days and rank among the top ten best-selling lists. Korean players who have always been picky about overseas games recognize the game. 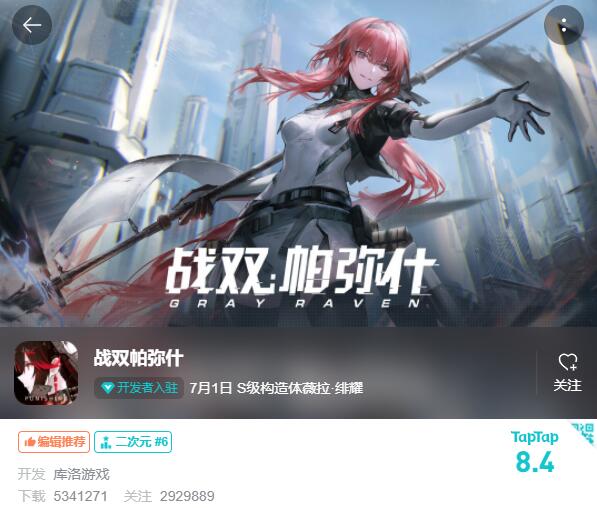 In contrast, “White Night Aurora”, which was born with a golden spoon, has a deeper exploration of artistic power. 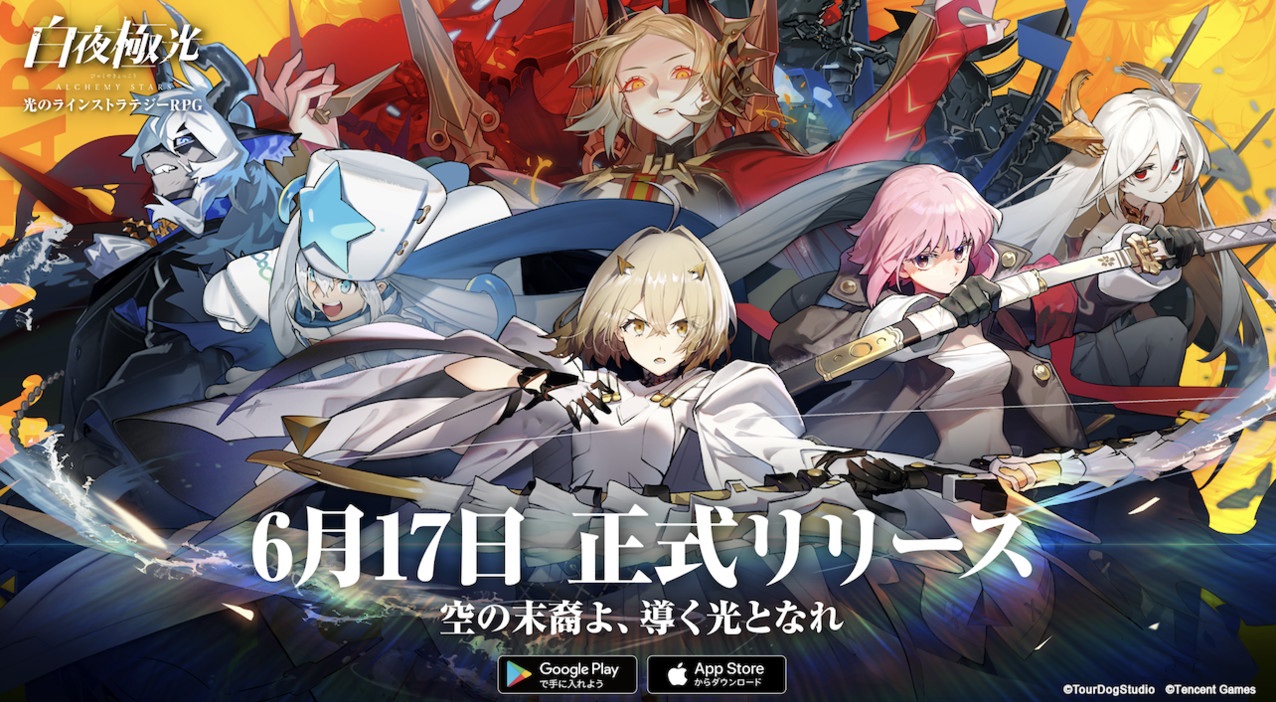 Today (July 9) morning, “White Night Aurora” officially announced that it will jointly hold the first illustration contest with Pixiv, a well-known Japanese illustration website, from July 9 to August 29. The total prize pool is up to 3 million yen. (Approximately 176,800 yuan), the official said that it will display outstanding illustration works in the form of outdoor advertising in the Japanese market. 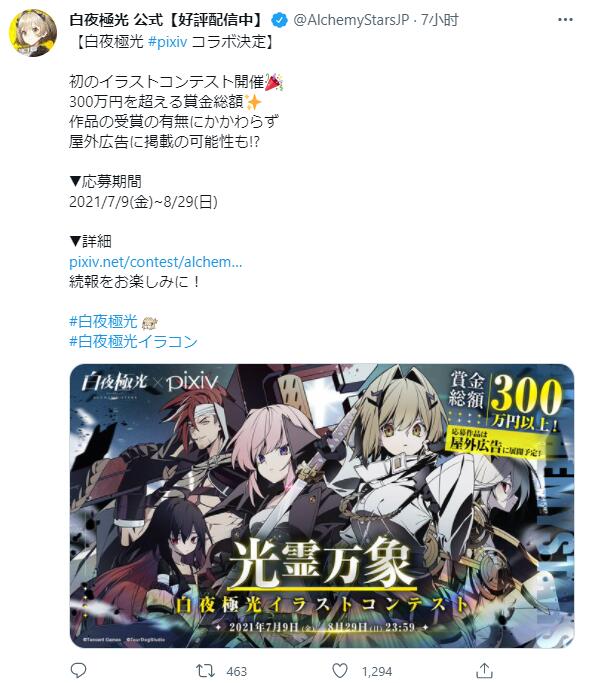 Previously, according to “Famitsu”, the art lineup of “White Night Aurora” was unprecedentedly luxurious. More than 150 artists including well-known artists “Shadow Master” and “Ryota-H” participated in the art production of the game. The light effects of the character paintings have been carefully designed to achieve a unique art style. Many people in the industry feel “expensive” when they see the painting of “White Night Aurora”. 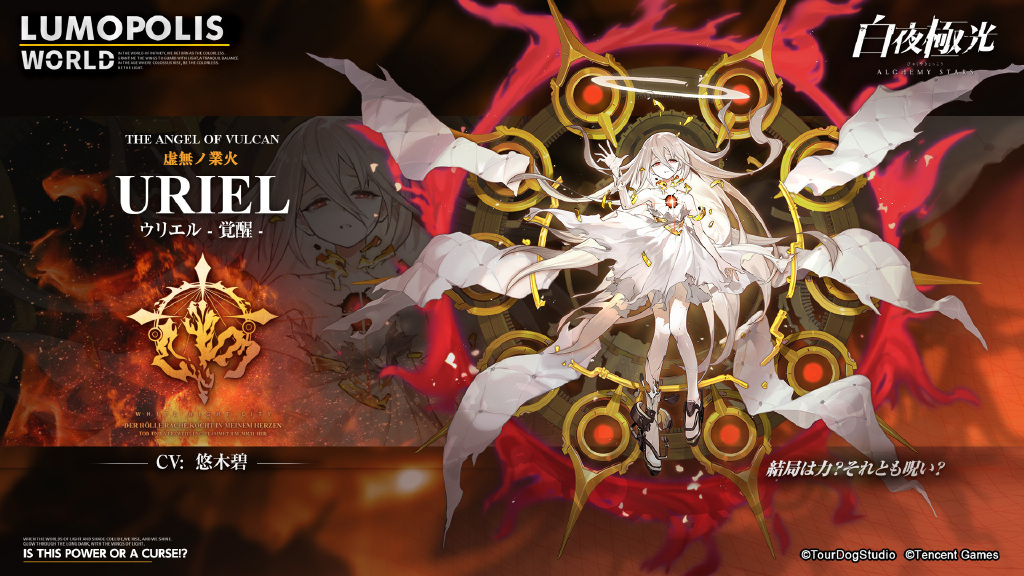 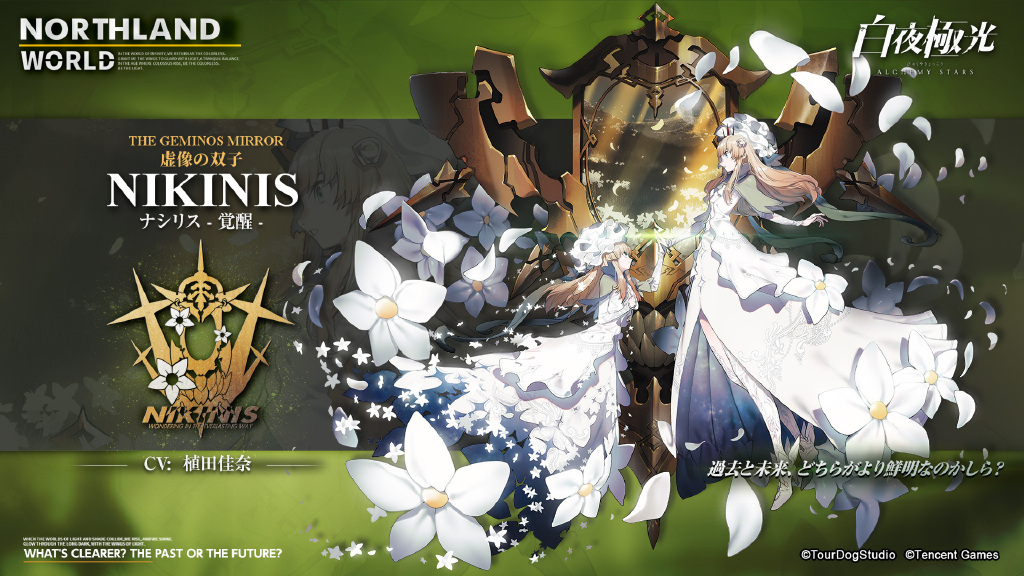 Regardless of the investment in the vertical painting, “White Night Aurora” attracted the attention of fellow painters. Before the official announcement of the illustration contest, there were hundreds of fan works of “White Night Aurora” on the Pixiv website, and many of these excellent illustrations have received thousands of likes and collections. It is worth mentioning that in addition to Chinese and Japanese artists, there are also many Korean artists who have created fan illustrations for “White Night Aurora”. The aesthetic identity shared by the artists of the three countries further proves the superior artistic power of this game. 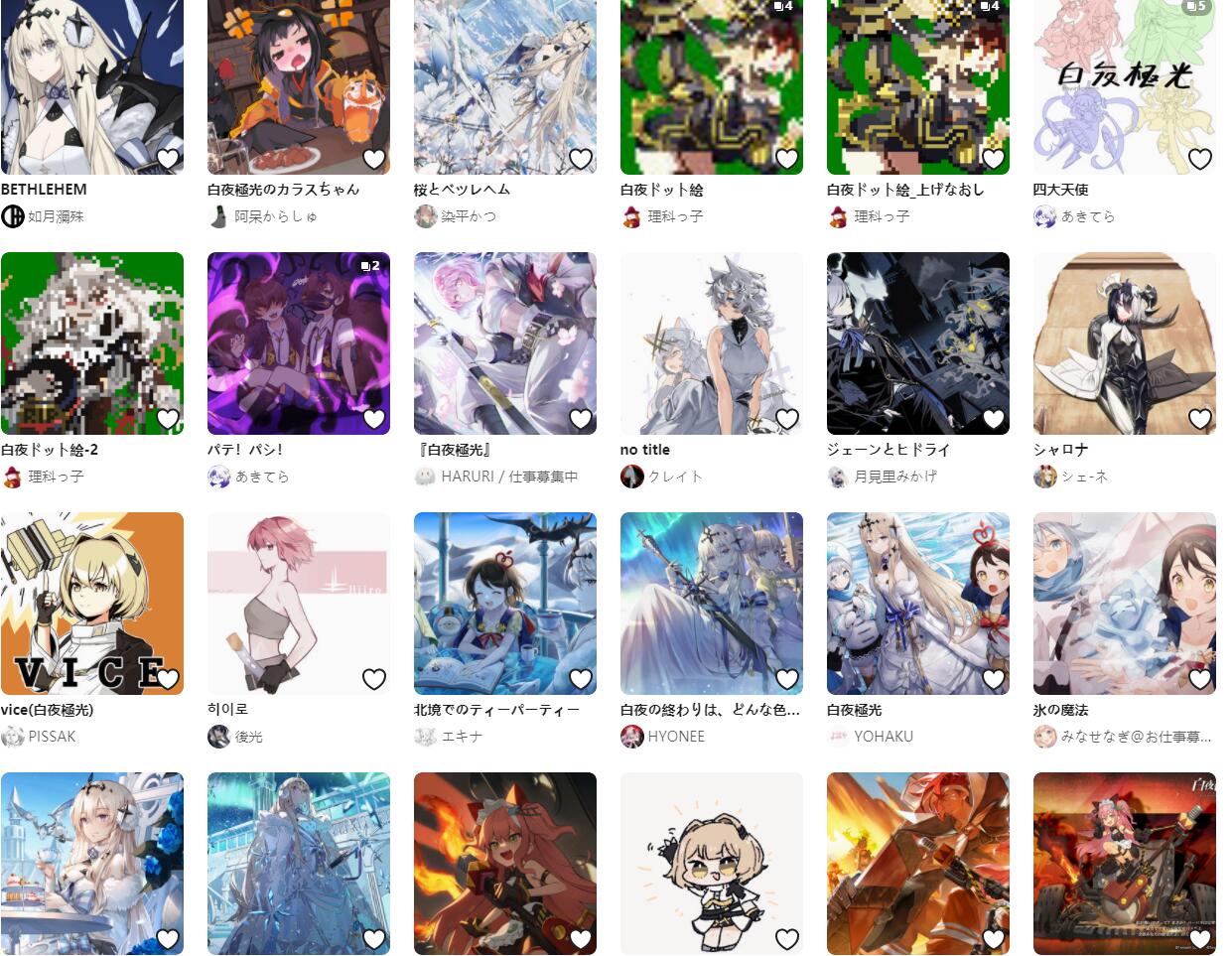 “The Original God”, which has swept across all major markets in East Asia, also has outstanding artistic power. Popular characters such as Keqing, Mona, Gan Yu, and Barbara have thousands of fan illustrations on Pixiv. Although due to the game style, the tonality of “Original God” did not choose the same mature and glamorous route as the above-mentioned domestic mobile games, but under the control of Mihayou, the overall art presentation remained exquisite. Beautiful and high standard. 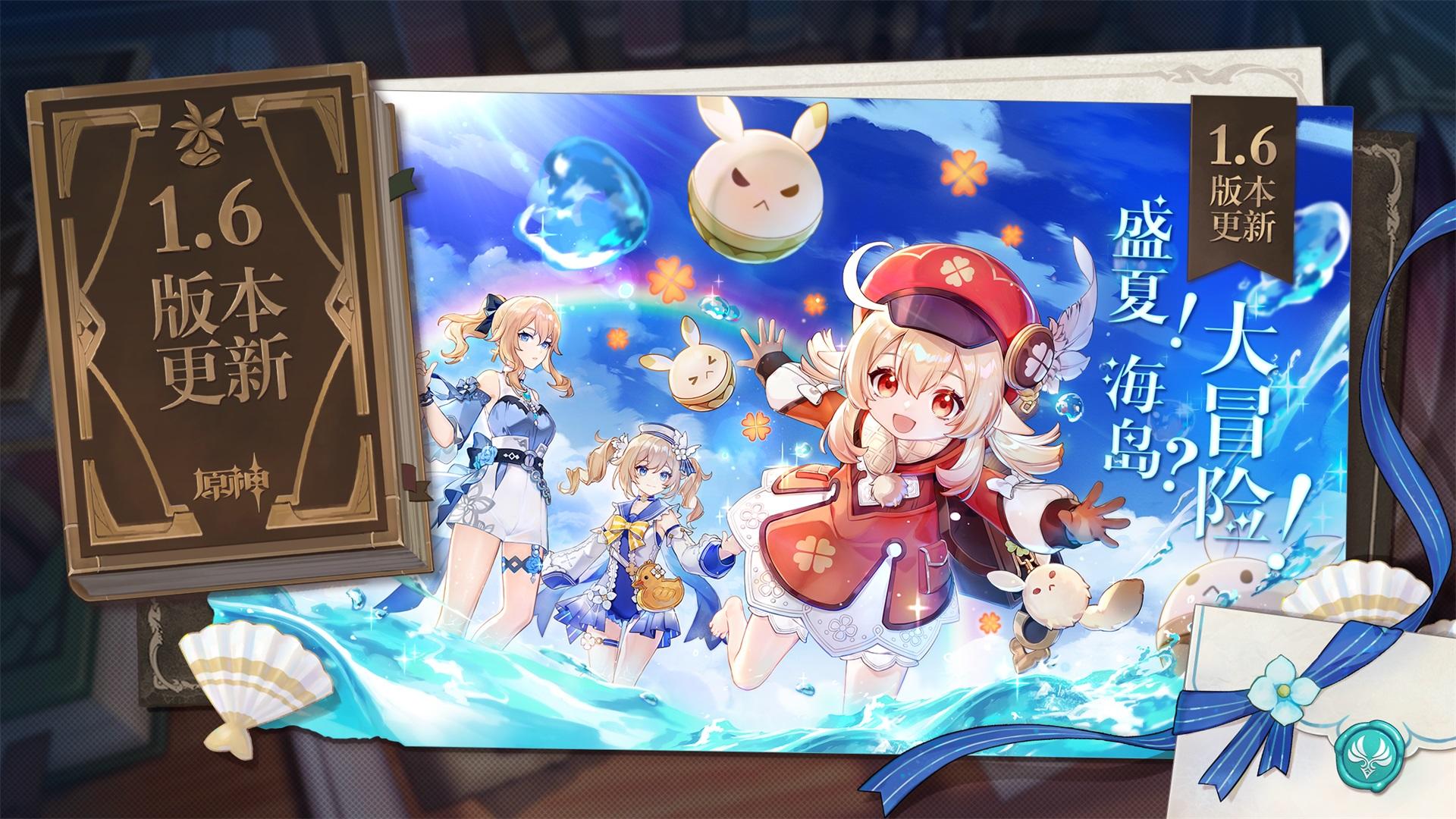 Judging from the experience of several domestically made two-dimensional games, the artistry has increasingly become the key to the success or failure of the game. Excellent vertical paintings can not only attract players to the pit and stay for a long time, but also continue to maintain the popularity of the game by stimulating the creative desire of fan artists . For a two-dimensional game with a limited development budget, perhaps “No matter how poor you are, you can’t be poor, and no matter how hard you are, you can’t be the artist.”

From Hayao Miyazaki to Kyoni, from “Tomorrow’s Ark” to “White Night Aurora”, the exploration of art style has always run through the development process of the two-dimensional culture, and has profoundly affected every producer, developer, audience and player . As the industry generally develops towards more refined and beautiful directions, in order to allow the two-dimensional game players to invest more energy and financial resources, around the proposition of “artistic power”, how can manufacturers make unique articles? Let the market be full of expectations.