Kang the Conqueror: Marvel’s Time Traveling Villain Explained – What He Means for the MCU

WARNING: SPOILERS FOR LOKI. After Thanos, the MCU needs another great evil and it looks like it’s going to be Kang the Conqueror. Jonathan Majors was announced to play the time-traveling villain as the main antagonist in 2023’s Ant-Man and the Wasp: Quantumania.

However, in a shocking twist, Kang the Conqueror debuted today in Loki’s season finale.

A variant of himself called He Who Remains turned out to be living in The Citadel at the end of time.

He had created the Time Variance Authority to end the multiverse war between the Kang variants.

But now that Sylvie has killed He Who Remains, a multiverse of madness has been unleashed with dangerous variants of Kang, poised to traverse alternate realities to rule space and time.

Kang the Conqueror: Marvel’s Time Traveling Villain Explained – What He Means for the MCU (Image: MARVEL/GETTY)

But who is Kang in the Marvel comics and what does he mean for the future MCU?

The time-traveling despot is from the 31st century and his real name is Nathaniel Richards.

Bored of living in the future, Nathaniel has recreated Doom’s time machine to go back in time and rule the past as Kang the Conqueror. 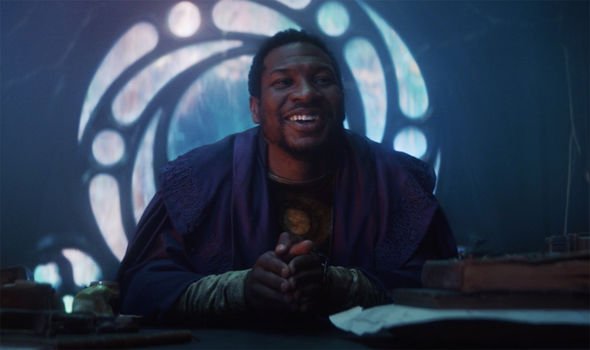 He Who Remains is a variant of Kango (Image: MARVEL)

Over the years, Kang and its variants have adopted various aliases.

There’s the Pharaoh Rama-Tut, an older self called Immortus, and a good kid version of the Young Avengers called Iron Lad.

Through all his travels through time and the multiverse, the villain even has a Council of Kangs to keep track of everything.

As for what Kang means to the MCU, it looks like he will be the main opponent going forward.

The Kang variant known as He Who Remains may be dead, but his other selves are yet to come.

And from Loki’s final moments, it was clear that at least one of them has already made their mark on the TVA.

The god of evil discovered that Mobius did not know who he was and the Timekeepers’ statues had been replaced with a single statue of Kang himself.

The series then ended with a promise of season 2, but the chaos in the multiverse is likely to continue in Spider-Man No Way Home this Christmas.

Spider-Man No Way Home is rumored to feature the variant Peter Parkers, played by Tobey Maguire and Andrew Garfield, plus a slew of former Sony villains.

Then next year there’s Doctor Strange in the Multiverse of Madness, written by Loki writer Michael Waldron, so maybe Kang will make an appearance here next time.

While 2023’s Ant-Man and the Wasp: Quantumania has been confirmed to see the time-traveling despot as the main villain and we doubt it will be the last of him.

There’s going to be a Fantastic Four movie and an eventual Avengers 5 after all, so brace yourself.

When is the next PS5 restock? Latest PlayStation 5 stock dates, times