If you’re a Square Enix fan, there are plenty of reasons to be excited about what the Japanese gaming giant has to offer. From Forspoken to Final Fantasy 16, Life is Strange True Colors, Dragon Quest 12 and Final Fantasy 7 Remake Part 2 – the Shinjuku-based developer and publisher has a great selection of games in the pipeline. But there’s one game that Square Enix could be preparing to work on that even their most ardent fans wouldn’t have seen coming.

Speaking to Famitsu, Nomura-san said that Kazushige Nojima has written an outline for the Final Fantasy X-3 plot.

Nomura-san said, “If we want to make 10-3, we somehow have a summary written by Nojima-san.

“It’s asleep now, but the conspiracy itself does exist.”

While Motomu Toriyama, who has worked on both Final Fantasy X and X-2, said, “The odds are not zero.

“But we’re not at a stage where we can talk about it unless we’re done producing FF7 Remake.”

If you’re a big fan of Tidus and Yuna’s iconic PS2 adventures and can’t wait to see it further, don’t delay with a 10-3 game.

So it may take a while before Nomura and co get started with a possible X-3 game. 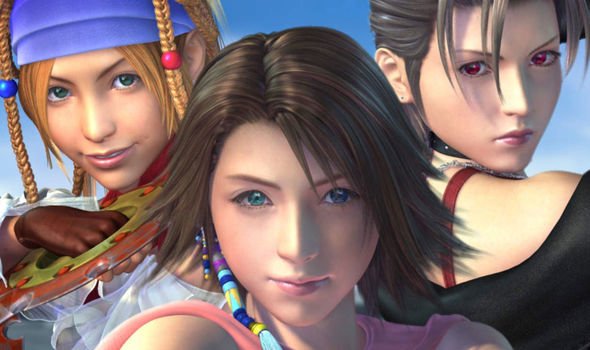 The Final Fantasy X crew may return in a 10-3 game in the future (Image: SQUARE ENIX)

Yoshinori Kitase previously talked about the prospect of a Final Fantasy 8 Remake.

But, as with a potential X-3 game, the FF8 Remake – if it actually happens – is still a long way off.

Speaking to Famitsu in October 2019, Kitase-san said, “If the youth who inherited Final Fantasy’s genes can step it up and do it, then I’d love to see it made.

“So I’d like to see it [Final Fantasy VIII Remake] done by the youth of Square Enix.”