If you’ve played the Resident Evil Village PC version, you’ve certainly dealt with the underlying hiccups that plagued this version of the latest installment in CAPCOM’s survival horror game series. These were most prominent during key moments in combat, such as shooting enemies in contact range or even trying to escape their attempts to get hold of Ethan Winters, the game’s main character. Even more blatant are the battles against Lady Dimitrescu’s daughters, when the frame rate stutters are incredibly annoying, regardless of your PC specs.

However, Resident Evil Village PC was recently cracked and it seems that the aforementioned stuttering issues have disappeared when playing without DRM. Digital Foundry confirmed this in a report published today. The game uses Denuvo DRM, which was already under fire for potentially affecting the performance of Final Fantasy XV Windows Edition, but was eventually erased in that case. In this case, however, CAPCOM has also added another proprietary DRM layer on top of Denuvo.

You can check out Digital Foundry’s video analysis below. 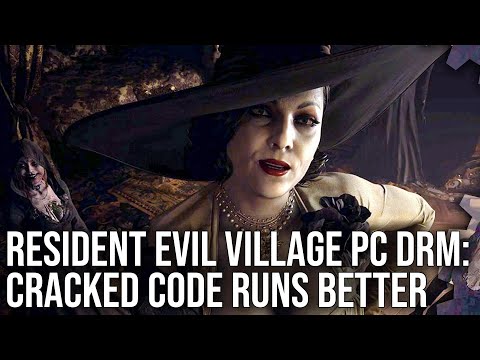 Resident Evil Village PC should also soon receive support for AMD’s FidelityFX Super Resolution spatial scaling technique. This will further improve frame rates across the board when playing at high resolutions; We don’t have a final date for this patch yet, but we’ll keep you posted when it becomes available. Check out Nate’s review of the game here, in case you missed it.

Resident Evil Village is a wild, thrilling ride through seemingly every horror genre and idea that happened to pass through the wacky minds of Capcom. Not every aspect of the game is perfect, but the highlights are very high and solid core mechanics and excellent presentation keep the uncanny patchwork together. You may survive Resident Evil Village, but your mind will linger there long after you escape.

Netflix Original: Do John B and Sarah break up in Outer Banks season 2? – Netflix News