Jagex and developer Flying Wild Hog have announced the release of their latest game, Space Punks on the Epic Games Store. This top-down shooter RPG is available in two different Founder Packs that give access to the game in Early Access. A new trailer has been released (see below) introducing these new packs.

Two Founders Packs are available, and both offer guaranteed Early Access. These two packages are:

The Swag Pack – This pack gives you access to all four main characters, exclusive backgrounds, four emotes, the Epic Cape and Epic Dash effect. It also includes a Season 1 Battle Pass for Open Beta. This pack can be purchased for £21.99 / $29.99 / €23.99.

Splendor Pack – In addition to all the contents of the Swag Pack, this pack includes Premium skins for the four characters, Epic Player Entrance and more. This pack is available for £34.99 / $49.99 / €39.99.

Space Punks takes players across the galaxy for extreme over-the-top action. Players can choose from four different characters and seek fame and fortune by entering into lucrative contracts on distant planets. There is a variety of different weapons and equipment that players can use to eradicate a variety of monsters, aliens, and faulty robots. 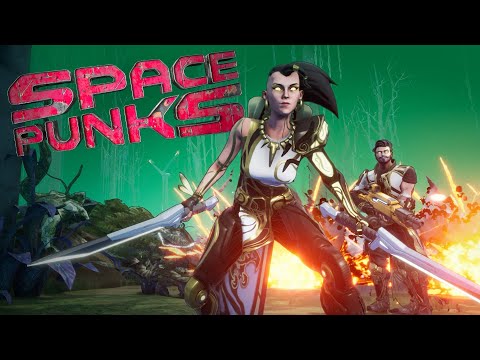 Netflix Movies: Do Tessa and Hardin get back together in After We Fell? – Netflix News