I really enjoyed Netflix’s summer slasher event, which consists of three Fear Street movies. The final film in the trilogy, Fear Street Part 3: 1666, hits the streaming service today, promising to wrap up the sprawling storylines set in 1994, 1978, and 1666. While the story of the Shadyside Witch Sarah Fier comes to an end, it feels completely predictable in the process, despite how exciting it can be at times.​

Fear Street Part 3 tells the full story of Sarah Fier’s life after Deena (Kiana Madeira) reunited her hand with her body in 1994.

What follows is that Deena flashes back and experiences Sarah’s life – Quantum Leap style – in a small village before it was known as Shadyside.

The inhabitants of the pilgrim town are well known, as they consist of the actors who appeared in the subsequent films.

And again, the stronger actors really stand out above the rest.

Fear Street Part 3 1666 review: The movie continues its trend, but doesn’t get any better (Image: NETFLIX) 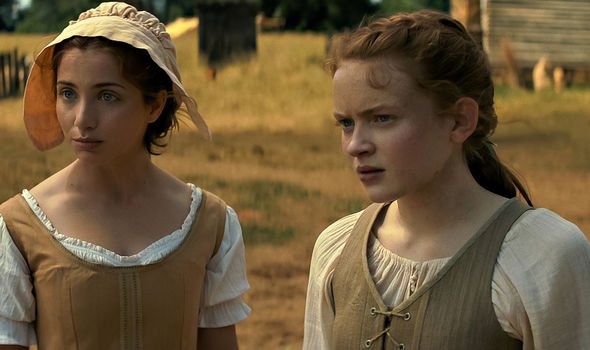 Fear Street Part 3 1666 review: Some characters from the past return (Image: NETFLIX)

Deena star Kiana, in particular, struggles a lot with her English (Irish?) accent, while other actors barely try.

Her friend Sam (Olivia Scott Welch) returns as Sarah’s friend Hannah, causing the scandal that would eventually create the devastating legend of the Shadyside Witch.

It soon becomes apparent that the events of 1666 are not strong enough to contain an entire film.

The film instead leans on characters and stories from 1994 to thicken the last half of the story. 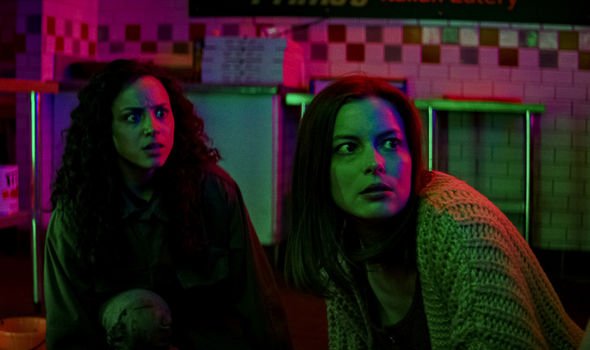 Fear Street Part 3 1666 review: The story goes back to the present – with a satisfying ending (Image: NETFLIX)

While this tactic ultimately makes for a more satisfying ending, it feels a bit silly to sell an entire movie on essentially 45 minutes of screen time.

Ultimately, though, the 1994 sets, costumes, and characters have always been the series’ strongest, so their return is welcome.

Plus, in the three movies, the overarching story of Sarah Fier, her curse, and everything that happened in Shadyside and Sunnyvale has always been the most interesting part of the story—and thankfully, it’s an enjoyable ending.

Fans of the franchise will love how the story is wrapped up.

The odd mix of Stranger Things-esque aesthetics and the classic slasher movie vibes continue to work extremely well on the small screen.

One scene in particular is literally drenched in neon, creating a beautiful battlefield for blood spatters to enjoy.

Unfortunately, some of the finer details of the story don’t quite add up.

The late game’s main antagonist, as he stirs, is really no match for some of the horrors explored in previous 1994 and 1978 films.

Also, the ending seems a bit too perfect to close, despite the teasing for another series of movies in the future. It comes across as rushed and certainly deserved some more explanation.

The problem with Fear Street Part 3: 1666, the final film in the trilogy, is that viewers have already seen what comes next. They’ve already spent nearly a cumulative four hours learning about the horrors that befell Sarah Fier, so her story isn’t all that gripping at this stage. Despite this, Fear Street excels in the same ways it did in the first two chapters. It’s beautifully shot, the actors are all fully committed and the clichéd horror inspirations are really exciting to watch. Much of the film reverts to the form of the glorious first chapter, but it can’t be sustained for the entire runtime. Horror fans will enjoy this movie, but it might be the most forgettable of the trilogy.

Netflix Movies: Will there be a Gunpowder Milkshake 2? When is it coming to Netflix? – Netflix News