Kamisato Ayaka in Genshin Impact is elegant with hidden desires

miHoYo released a trailer introducing players to Kamisato Ayaka, which will appear in Genshin impact starting July 21, 2021. That’s the same day that version 2.0 launches, allowing Travelers to finally explore the new Japan-inspired region of Inazuma. The teaser shows off Ayaka’s elegant and dignified personality, as well as who she is behind her role as the Shirasagi Himegimi.

The teaser begins with Ayaka explaining her upbringing and education, as well as the responsibilities of the Yashiro committee. From the way the citizens greet her on the street, we can see that she is very much loved by the people of Inazuma. However, because of her status, she doesn’t seem to be able to act on what she really wants to do or have fun with relaxing activities.

You can watch the Genshin impact teaser trailer for Kamisato Ayaka here. 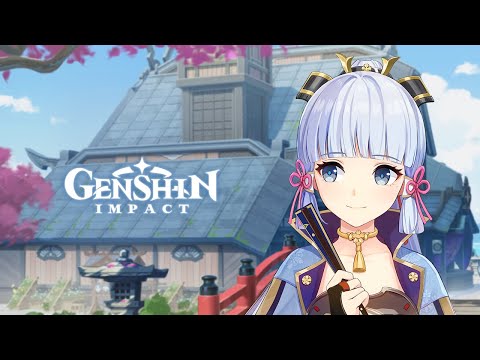 Ayaka, whose title is “Frostflake Heron”, uses a sword and her element is Cryo. Like Mona, she has a special cryo sprint. When she emerges from the ground, she applies Cryo to enemies and her normal attack. Ayaka’s elemental ability is a powerful cryo attack. Her Elemental Burst shoots out a cryo whirlwind that will constantly damage enemies.