Peter Rabbit 2: The Runaway is a remarkable sequel to the original, Peter Rabbit. Those who pledge allegiance to Netflix are probably wondering if the family-friendly feature is one of the many excellent options available on the streaming service?

The follow-up to the popular motion picture Peter Rabbit based on the stories of the infamous literature character created by Beatrix Potter has finally arrived after many delays, and fans of the original are more than excited to see what the titular rabbit is up to this time around. The film’s cast consists of live-action performances from Rose Byrne, David Oyelowo, and Domnhall Gleeson with stellar voice acting from James Corden, Elizabeth Debicki, Lennie James, and Margot Robbie.

The sequel has received a significant amount of acclaim, with Variety calling it a “superior sequel. The audience score for Peter Rabbit 2: The Runaway on Rotten Tomatoes is exceptional.

It is not easy making a sequel everyone wants to see, and it seems like they stuck the landing on this one. This just makes it very justifiable to learn there are some people who would like to know if Peter Rabbit 2: The Runaway is available on Netflix.

Is Peter Rabbit 2: The Runaway on Netflix?

The news as to whether or not the Peter Rabbit follow-up is one of the choices to enjoy on the streaming service will ultimately make a substantial amount of people hopping mad. The movie Peter Rabbit 2: The Runaway is not on Netflix right now.

The fact that the next chapter in the Peter Rabbit Saga is not an option on the streamer is less than ideal for many fans, but it’s important for subscribers to remember there are plenty of similar titles available. Netflix has titles like Over the Moon, The Mitchells vs. The Machines, Wish Dragon, and more ready to enjoy now.

Where to watch Peter Rabbit 2: The Runaway

Peter Rabbit 2: The Runaway has yet to make its streaming debut and is only available in theaters. Hopefully, when it goes to a streamer, the destination will be Netflix, but fans will just have to wait until there is much more clarity on the situation and see what happens with the fun-filled sequel. 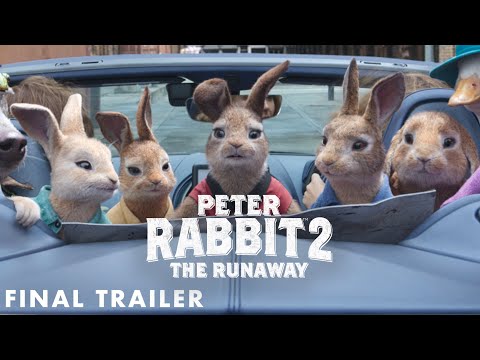 Will you be watching Peter Rabbit 2?

Netflix Original: Get ready for Outer Banks season 2 with Volcom’s new “Have a Good Time All the Time” collection – Netflix News

Netflix Original: Glow Up season 3 release date updates: Will there be a new season? When is it coming out? – Netflix News