Unless you have been living without a streaming service in the past month, then you know that Manifest has become one of the top series on Netflix. It’s so much of a hot commodity that we’re all clamoring for Manifest season 3 to start streaming.

Even though Manifest was recently dethroned from the peak of Netflix’s Top 10 ranking by Virgin River, the missing plane drama hasn’t been grounded in the least. Every day, the series continues to gain traction and new fans in the effort to save the series for season 4.

Of course, NBC canceled the series after three seasons, which put a wrench in creator Jeff Rake’s plans for a planned six-season story arc. Thanks to the #SaveManifest efforts online, Rake hasn’t given up on finding a new home for the remainder of the story.

But if you have already binge-watched the first two seasons of Manifest on Netflix and are eager for more, here’s everything you need to know about Manifest season 3, its Netflix release date and more.

The third season of Manifest first premiered on NBC on April 1, 2021. Much to our disappointment, the season 3 hasn’t joined the first two on Netflix yet, but we’re expecting the latest episodes to make landing in our watch lists soon.

Netflix hasn’t announced a release date for season 3, and a release pattern hasn’t been set by the series like other popular acquired series such as Good Girls and Riverdale. While season 3 could arrive sometime this year, we could also be waiting until March 2022.

Naturally, the main cast of Manifest remained the same, with the leading stars returning to helm the mounting mystery. But season 3 welcomed a new star to the ensemble cast. Check out the full main cast for the third season below.

The official synopsis for the season via NBC reads:

Over a year has passed since the miraculous homecoming of Flight 828 and the discovery of others who have mysteriously returned. While the Stone family endeavors to keep their friends safe and make their enemies believe the unbelievable, new challenges will test their trust of the callings and each other. But sticking together is more important than ever, because no matter what happens, it’s all connected.

Obviously, the Manifest season 3 trailer has been released and so has the entire season. The season aired on NBC between April and June 2021 and is currently available to stream on Hulu, NBC.com and Peacock.

While you can start binge-watching the now-final season of the series on any of those platforms right now, Netflix fans are still eager to get their eyes on season 3. If that’s the case and you aren’t following the series to another streamer, check out the first five minutes in the video below. 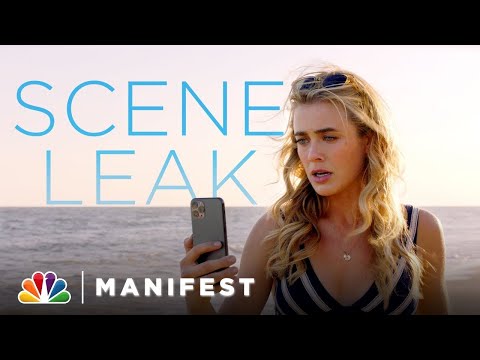 Are you looking forward to watching season 3 on Netflix?

Do you remember the 3310? Nokia’s new Android phone may be MORE indestructible