The new video, which can be viewed below, provides new information about the character’s motivation, his joining Rena’s secret police, and more. The video also features some short battle scenes that show the character’s fighting style. 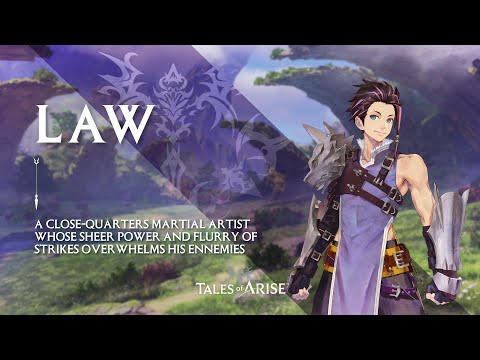 Law is a warm-blooded martial artist who concentrates energy in his body to perform continuous attacks. Despite being from Dahna, he joined Rena’s secret police to pursue his own goal.

Tales of Arise is the next installment in Bandai Namco’s Tales series. While the game isn’t likely to drastically change the series’ formula, it does try to bring something new to the table, especially in combat, as I highlighted in my preview.

I’ve been a fan of the Tales series since Tales of Destiny and am always eager to try out a new installment in the series knowing full well that I’ll find all those familiar elements I’ve come to love over the years. went to keep. Although we still don’t know how the interaction between the story and the characters will develop in the game, as the preview version was rather light in this regard, the many adjustments in the combat system somewhat break this tradition. As such, Tales of Arise feels like a good step forward for the series, although the low number of assignable Artes and lack of a guard button feel a little disorienting at first. Change requires sacrifices, though, so I’m even more interested than before to see if removing some staples from the series has been worth the effort.

Argos and GAME may both get PS5 restocks for early August