The cruel king and the great hero will appear next year

NIS America has confirmed it will bring the next game along the lines of The Liar Princess and the Blind Prince and A rose in the twilight. The cruel king and the great hero will be released worldwide on PS4 and Switch. The company offered an “early 2022” release window for the adventure.

Like the other games in this line, The cruel king and the great hero will be a story-heavy action game with puzzle elements. It will have a 2D, fairytale perspective. Yuu, as the title suggests, wants to be a ‘great hero’. At her side is the cruel king dragon who once fought her father, befriended him and now prepares her for her role. However, as the tagline suggests, the enemy she trains to defeat is the dragon. 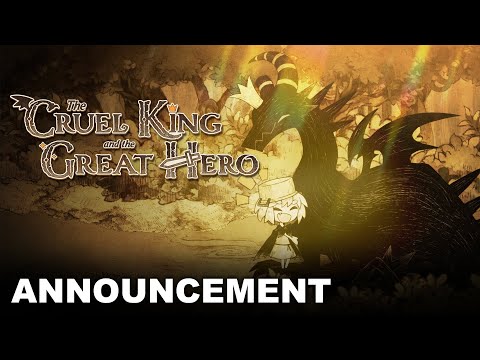 NIS America has also unveiled a Storybook Edition for the game. People get a physical copy of it on a PS4 Blu-ray or Switch cartridge. There will also be a digital copy of the soundtrack. As for physical items, people get a 6-inch plush from Yuu and an art book.

The cruel king and the great hero will be coming to PS4 and Switch in North America and Europe in early 2022. her website is now open. The game is already available in Japan.