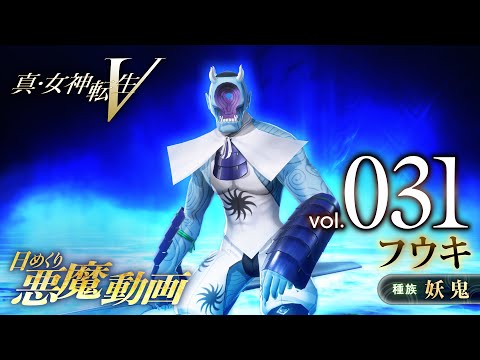 In SMT V, Fuu-Ki is part of the Brute lineage and originated in the Heian period in Japan (8th to 12th century). It is associated with the legendary figure Fujiwara-no-Chikata. A great wizard Fujiwara-no-Chikata summoned the Four Oni (“Yon-Ki”) and used their power to subjugate the provinces of Ise and Iga. The previously featured Ongyo-Ki was one of the Four Oni. Fuu-Ki, the Wind Oni, performed great deeds and used mighty gusts of wind to put enemies to flight. Fuu-Ki also contributed to the creation of the legends of the ninjas.

In the trailer, Fuu-Ki is seen using wind element abilities such as Zandyne, as well as the Titanomachia physical ability. In the player’s party, Fuu-Ki is seen with Kurama Tengu and Silky, who is the . goods SMT V demons for July 16 and 15, respectively. Fuu-Ki also engages in a demon negotiation with the player and takes some of the player’s HP in exchange for service.

Fuu-Ki is the 31st daily SMT V demon, with a total of over 200 characters planned for a video spotlight. Check out the last 20 featured demons below.

Shin Megami Tensei V will be released worldwide on Nintendo Switch, first in Japan on November 11, 2021 and for the rest of the world on November 12, 2021.

Netflix Original: What time is Love is Blind: After the Altar coming to Netflix? – Netflix News

Netflix TV Shows: All American season 4 release date updates: Will there be a new season? When is the premiere? – Netflix News

Netflix Movies: Is The House Next Door: Meet the Blacks 2 on Netflix? – Netflix News