The GTA Online Summer Update is just a few days after launch. The Los Santos Tuners DLC is fast approaching and will bring new cars and the LS Car Meet feature. This is a new shared social space for GTA Online where players can show off their tuned cars and race against other players.

The upcoming GTA Online update will be one of the biggest patch releases of the year for Grand Theft Auto Online.

So when is the GTA Online update coming out? When is the release date, start time and are there any early patch notes?

GTA ONLINE UPDATE – WHEN IS THE RELEASE DATE AND START TIME FOR THE LOS SANTOS TUNERS DLC?

Rockstar Games has confirmed that the GTA Online Los Santos Tuners update will be released on Tuesday, July 20.

In terms of a launch time, the makers of Grand Theft Auto have not revealed what times fans can expect to see the new patch.

If the Red Dead and GTA makers follow their typical release pattern for the weekly GTA Online updates, the upcoming patch could be out at 9am BST.

For those in other regions, that’s 3pm CEST, 9am Eastern and 6am Pacific Time.

GTA ONLINE UPDATE – WHAT CAN YOU EXPECT FROM LOS SANTOS TUNERS DLC? ARE THERE EARLY PATCH NOTES?

Rockstar Games has released a comprehensive overview of what to expect from the GTA Online Los Santos Tuners update.

For starters, check out a nondescript graffiti-painted warehouse on the outskirts of town in Cypress Flats – listen closely and the sound of engines running can give it away, or look for the makeshift finish line on the road outside. Inside, the LS Car Meet has a “good vibes only” policy, making it a great place to skip the attention of the law and all the little suckers out to terrorize the residents of Los Santos. 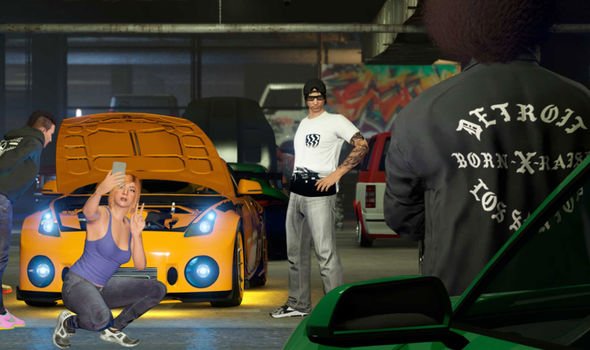 To start, you’ll unlock a new reputation progression with new perks unlocked after each level. Plus, you get access to the Test Track, a large underground space in the Car Meet warehouse where you and your friends can drive, drift, and race vehicles freely, free from annoying pedestrians or the law. You can also try out new test drives on the test track – your chance to get behind the wheel of a varying selection of vehicles and push their limits.

Members can also participate in varying Prize Ride challenges for a chance to win a special Prize Ride and access a range of special shops and features, including the Merch Shop, Tattoo Shop and the Modding Area, where you can show off your adaptability other players in real time as you work on your standing build. Higher level members can also create a private takeover, complete with customizable lighting and banner colors to decorate the Car Meet space to your liking.

Park your attitude (and your weaponized vehicles) at your doorstep and share your love of car culture with like-minded personalities. Here you’ll find countless ways to immerse yourself in the beating heart of the scene, show off prized personal vehicles from your collection, or view those of others.

Los Santos Tuners introduce new races inside and outside the Car Meet, each with their own Leaderboards. On the Test Track, you can take part in friendly competitions such as Head-to-Head, where speed and precision give you the necessary advantage to beat your opponent in a short race, and Scramble where up to four players race to collect 20 checkpoints. Time trials around the test track give you the chance to put your vehicles to the test and score your own personal best. Up to 30 players will share the track space with you, but contact will be turned off while competing, and members can also go solo to Private Test Tracks. Off the track and across the city, there are also new member racing series: Street Race Series and Pursuit Series.

The Street Race Series delivers exactly what it says on the tin: bruising competition on creative circuits built on the streets of some of Los Santos’ most scenic neighborhoods, complete with shortcuts that are as much about risks as rewards. The Pursuit Series offers drivers a more open experience, with checkpoints sparsely spaced across the map to encourage creative routes – after all, you’ll be competing against your fellow racers with the best LSPDs on your tail. Meanwhile, Sprint offers a point-to-point challenge in Freemode with up to three other drivers in a breakneck race from the LS Car Meet to various locations such as LSIA and back.

With the LS Car Meet where you can race, show custom vehicles and connect with contacts looking for skilled drivers and a chance for easy money.https://t.co/jXJPVow1he pic.twitter.com/AX5Cc6btfu

In the underground world of the Car Meet, reputation is a precious commodity. Earn Rep by participating in (and winning) races, logging in daily bonuses, making time on the Test Track, and even just hanging out at the Car Meet.

Earning Rep gives you an assortment of rewards to boost your status in the scene – these include access to all sorts of fashionable gear, flashy options for customizing new cars such as new wheels and liveries, as well as trade prizes for certain vehicles, access to new Race modes and even the ability to have your own private Car Meet.