Marvel Studios has been delayed for more than a year due to the coronavirus pandemic. Black Widow finally released this month, and while fans will certainly be happy to see the MCU back on the big screen, any Tony Masters fans out there would surely be very disappointed by the movie’s big Taskmaster reveal.

Instead of sticking to the comic book version of the character, Black Widow movie changed things drastically with the surprising revelation that Taskmaster was actually Antonia Dreykov, the daughter of Ray Winstone’s General Dreykov, played by Quantum of Solace and oblivion star Olga Kurylenko. And during an interview with slash movieKurylenko has discussed the sheer amount of secrecy surrounding her involvement in the film:

“I kept it a secret, but it’s not that hard for me. Of course it was strange when people talked about the film. Even my mom said, “Oh Olga, I’ve seen this trailer.” That was a year ago, not now, but it should have come out a year ago. And she said, ‘I want to see this great movie, Black Widow.’ And I thought, ‘Oh yes, yes. We can go together.’ And I had to pretend I didn’t know anything.”

When we went into the movie, many had speculated that Taskmaster would eventually be recruited into the team of “Thunderbolts” (or whatever they’re eventually called…) that gather in the MCU. The film leaves that possibility on the table, and while Kurylenko claims to have no knowledge of Marvel’s future plans for the character, she’s certainly excited about the possibility of returning to the role.

“You can do so much,” Kurylenko says. “She will, I think, be in a conflict between the bad and the good, and probably be torn all over the place trying to figure out which way she wants to go. But I think because she’s a vulnerable person inside, she could be explored in all sorts of ways. The point is, she can always get caught up in that power and manipulated again. So that’s always a danger. It is always a danger not to be possessed and to focus on preserving her freedom. But it doesn’t mean she will succeed. And there are always evil forces trying to catch her, I can imagine. It’s that kind of character. The character is too valuable and skilled to let go. Obviously, even though the main villain is gone, there will be others who will try. I would just imagine. I don’t know anything, I’m just speculating.” 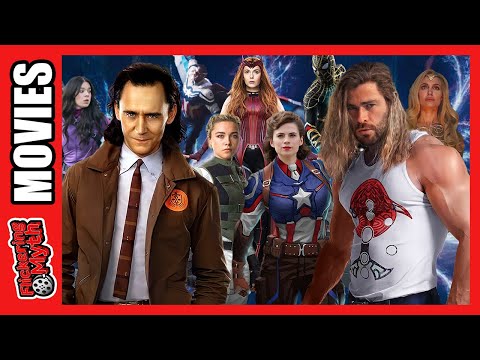 Meanwhile, in a separate interview with the Phase Zero podcast, screenwriter Eric Pearson has offered some insight into the reason for the change, revealing that the original plan was to record Tony Masters, but it was felt that Taskmaster should have a compelling link to Natasha’s past:

“Taskmaster was going to get involved, and there was a version before I came, that was Tony Masters, and it felt, I kept thinking, somehow this guy can’t just be a goon? Because Dreykov and the Red Room is the thing that is personally connected to Natasha and her past Believe me I looked very, very far away like, how do we credibly get this Tony Masters man a Red Room agent?

. Black Widow was originally supposed to have a cameo from Robert Downey Jr. contain

What did you make of? Black Widow Reveal Taskmaster? Would you like to see Kurylenko back in the MCU? Let us know on our social channels @FlickeringMyth…