SMT V Slime is ready to collect your shiny things

Atlus Revealed Slime as the Latest Demon Spotted in Shin Megami Tensei V. This viscous guy is the 32nd recruitable demon featured in the game’s daily video series. Atlus will be uploading short trailers leading up to the title’s release in November 2021.

slime in it SMT V is a primitive monster with a slimy body. His true identity is probably a demon that has not appeared. The narrator explains that there are many theories about Slime’s origin as a monster, but none of them are convincing. In general, these theories all agree that Slimes have a habit of collecting shiny objects. The trailer shows it with Poisma on a precious little mandrake. We also get a glimpse of the muckman’s abilities, which includes a new ability called Dustma (final localization may change the name). Based on footage from the E3 Treehouse, this attack appears to mesmerize a single enemy. 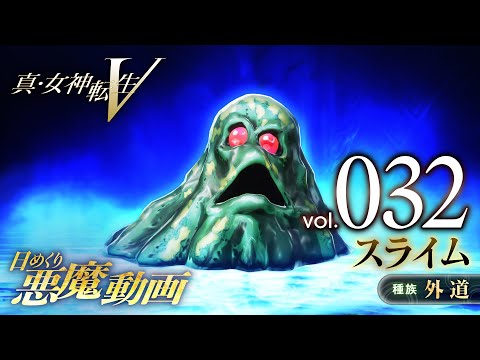 Since the video series will have more than 200 trailers from SMT V‘s November release, we’ll provide summaries of the 20 most recent demons below.

Shin Megami Tensei V will launch exclusively on Nintendo Switch worldwide on November 12, 2021. Japan will get the game a day early, on November 11. The 33rd SMT V demon teased at the end of the Slime trailer appears to be Onmoraki from the Raptor race.