A new Back 4 Blood trailer shared online confirmed some of the PC exclusive features included in the game, which will launch worldwide on October 12.

The new trailer, which can be viewed below, confirms that Turtle Rock Studios’ co-op zombie shooter will support NVIDIA DLSS, unlimited framerate, ultra-wide monitors, and the usual quality graphics and visual options. 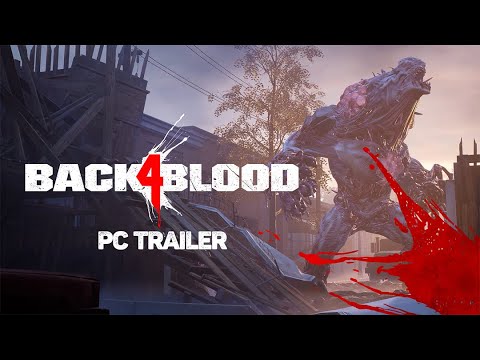 Next month, players will be able to get a new taste of Back 4 Blood with the open beta. The new testing phase will begin on August 5 with an Early Access section for those who pre-ordered the game, and it will continue for all players from August 12-16.

Last year I had the chance to try Back 4 Blood during the closed alpha testing phase. While the new mechanics will affect the experience remains to be seen, the game has the makings of a great co-op shooter.

In its current state, Back 4 Blood has what it takes for a great co-op first-person shooter and a worthy successor to the Left 4 Dead series. How much the new mechanics will improve upon the familiar formula remains to be seen, but even if things stay as they are, it’s safe to say Left 4 Dead has indeed come back to life. And not like a mindless zombie.

Back 4 Blood is a thrilling cooperative first-person shooter from the creators of the critically acclaimed Left 4 Dead franchise. You find yourself at the center of a war against the Mounted. These once human hosts of a deadly parasite have turned into terrifying creatures bent on devouring the remnants of civilization. With the extinction of humanity at stake, it’s up to you and your friends to face the enemy, wipe out the mounted humans and take back the world.