Idea Factory and Otomate have announced a release date for: My next life as a villain: all routes lead to mischief! – Pirates who stir the waters, the Nintendo Switch visual novel, inspired by the series of the same name. It will be released digitally and physically in Japan on December 23, 2021. There will also be a limited edition, although details about the content have not been revealed. [Thanks, Gematsu!]

My next life as a villain: all routes lead to mischief! focuses on Catarina Claes. She used to be a young woman who played the otome game Fortune Lover. When she died, she reincarnated as the rival character in that game. Unfortunately for her, “Catarina” was a terrible person and many of the “good” endings also involved her being banned or dying. The original series follows the reincarnated girl as she tries her best to be herself and avoid the pitfalls that led to the demise of the original Catarina in the game.

The My next life as a villain Switch game takes place after the events of the series and includes an original story. In addition to returning singles from the series Alan, Geordo, Keith and Nicol, there will be new love interests such as Silva the pirate.

Here’s the new trailer for it My Next Life as a Villainess: Pirates that Stir the Waters, which shows off all its old and new characters. It also teases some of the game CGs featuring Catarina and both Geordo and Silva. 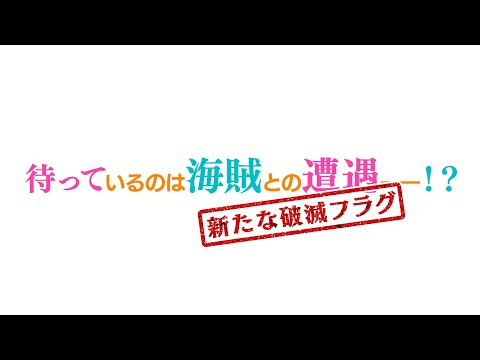 NEO: The world now ends with you