AMD’s FSR is quickly getting unofficial implementations in various games, mods and hacks. After the mods that added FidelityFX Super Resolution to Grand Theft Auto V and Assetto Corsa, Georg ‘DadSchoorse’ Lehmann found a way to apply FSR to (almost) all Vulkan games under the Linux environment, as part of Proton’s full-screen hack.

The modder itself warns that it’s not a perfect implementation, but we think it’s still impressive on its own.

This is an implementation of AMD’s FSR https://gpuopen.com/fidelityfx-superresolution/ in fshack, which allows users to choose it instead of linear/closest filtering for scaling. It can be turned on using WINE_FULLSCREEN_FSR=1 and a lower game resolution than the screen’s native resolution. WINE_FULLSCREEN_FSR_STRENGTH controls the amount of sharpening (not to be confused with AMD’s quality presets, which are about the input resolution), 0 is the maximum sharpness, higher values ​​mean less sharpening. The default value is 5.

YouTuber GloriousEggroll, who mainly covers Linux-related gaming news, has already posted a video presentation of this FSR hack used with Forza Horizon 4, a game that certainly doesn’t support AMD’s latest technology. According to GloriousEggroll, FSR Ultra Quality was able to squeeze an extra 25 frames per second when playing with 4K resolution and Ultra settings.

This bodes well for the Steam Deck too, as Valve’s upcoming handheld PC uses Proton by default with its custom SteamOS. Of course, you also have the option to install Windows on the Steam Deck if you wish. 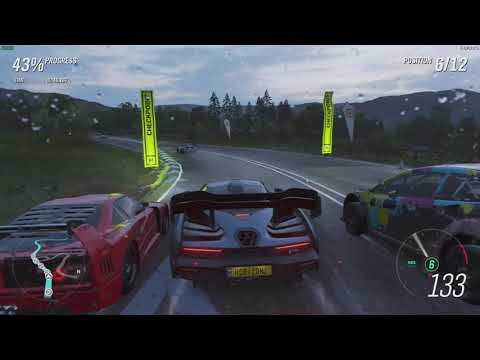