Is it the prototype of “The Horse Racing Girl”?Japan’s best-selling TOP10 all year round, it has been popular for 6 years

GameLook report/It is suspected that there are sports games in the country that can reach the best-selling list, but KONAMI’s “Professional Baseball Wild Ball Spirit A” (PRO野球スピリッツA) is an evergreen tree, appearing in TOP10 and even TOP3 all year round. The success of the hit “Horse Girl” also has the shadow of “Professional Baseball A”. It can be seen that Japanese players have a high enthusiasm for developing a game track. 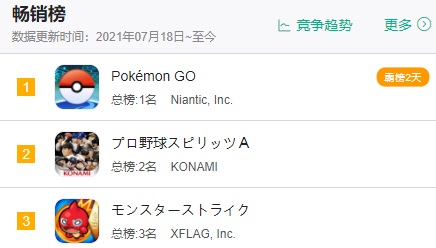 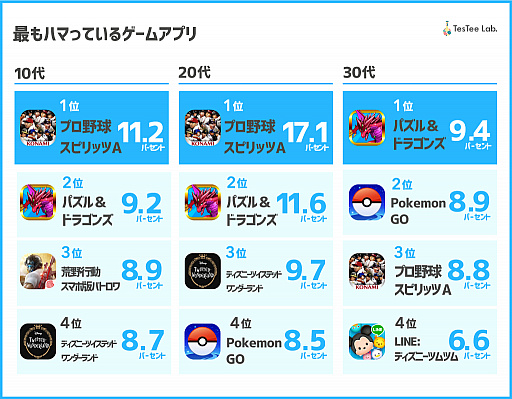 As the name suggests, “Professional Baseball A” is a sports competitive game. In the two-dimensional country of Japan, KONAMI did not choose to follow the two-dimensional route, but adopted a realistic style to allow players to experience a more realistic baseball. Of course, since professional sports players have a large number of fans themselves, the way of applying for portrait rights and taking the realistic route is more suitable for these works. Players can participate in a variety of CUHK baseball games immersively, and they can also get a closer look at the professional baseball players.

Although Cygames referenced the path to success of “Professional Baseball A”, it did not follow the realistic route. For the animal-based themes of “The Horse Racing Girl”, anthropomorphism can help players better feel the character and charm of the horse racing, so the “girly” route is very useful. When making work-based games, manufacturers don’t need to shy away from “usage”, but what they take and what they lose determines the success or failure of the project. Cy’s production ideas are worthy of reference.

“Professional Baseball Wild Ball Spirit A” is prosperous, “The Horse Girl” reproduces its road to success

So, how exactly does “Professional Baseball A” design products that make players unable to extricate themselves?

Here, please allow GameLook to take “The Horse Racing Niang” as an example again. When the popular Youtuber “Clay” with 350,000 fans introduced “The Horse Racing Girl”, he pointed out that the players of “Professional Baseball A” are likely to be addicted to the game. Japanese netizens also cited 9 similarities between the two games in the video comment area.

1. Both are based on traditional sports.

2. The same as a development game.

3. The ability value is displayed in Latin letters.

5. The same is the hell of drawing cards.

6. Role gender is the same. (“Professional Baseball A” is an all-male male, “The Horse Racing Girl” is a female.)

7. The guide characters are very cute.

8. The character is always running. (Horse racing and base running)

9. The game benefits are good, and a lot of gems for drawing cards are presented.

Although some of the so-called commonalities are just ridicule, we can indeed see many secrets to the success of the game. It can be said that Cy reproduced the road to success of “Professional Baseball A”. Among them, the five points of ①②④⑤⑨ are quite worthy of analysis.

① Taking traditional sports as the prototype, it shows that the game has a realistic basis. Baseball and horse racing are both national sports in Japan. Needless to say, the influence of professional players and famous horses;

②, develop games, which is a game category that Japanese players are keen on;

⑤, ⑨, and the so-called “card drawing hell” side shows the high level of the game, while the high welfare of the game improves the player’s retention.

GameLook believes that the key to the success of these two games is, in the final analysis, two points, ① and ②.

To truly understand “Professional Baseball A”, you have to start with its system gameplay. GameLook will mainly analyze the game and develop two major gameplays.

In the game, “soul” (or “spirit”) and “combination” are the two key systems of the game.

Before the start of the game, the two teams must first compete for the “soul” value. If this value is lower than the opponent, the team is likely to fall behind significantly in terms of running bases, and it is difficult to turn defeat into victory by the player’s operation alone. It is the most critical value, which is equivalent to the combat effectiveness in many games. 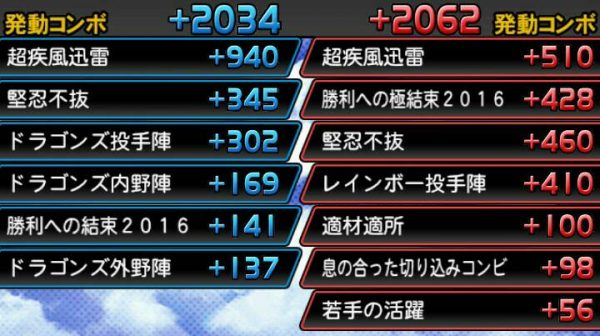 Combination is a system that adds specific players to the team to increase the “soul” value. This also requires players to collect and cultivate various characters and increase the thickness of the lineup.

Entering the arena, players can choose to play against the computer (mainline) or players (PvP). In the battle, base runs and other parts will be automatically carried out according to the team value. Players mainly participate in the batting part. Although the game’s baseball gameplay is simplified a lot, this ensures that players who do not know the rules of baseball can enjoy the game as well.

The nourishment component consists of five parts, which are respectively raising the player’s level, raising the special training level, breaking the upper limit of the level, acquiring special abilities and character awakening. 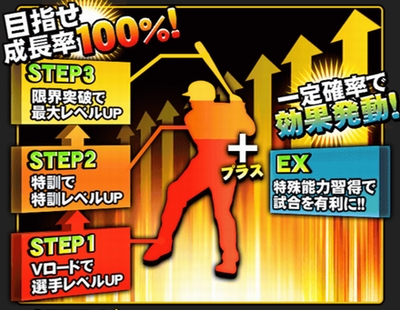 Players can swipe the main line or use unneeded character cards to upgrade the player’s level.

In addition, if players with the same name and the same rank are used in the special training, the inheritance system can be triggered. 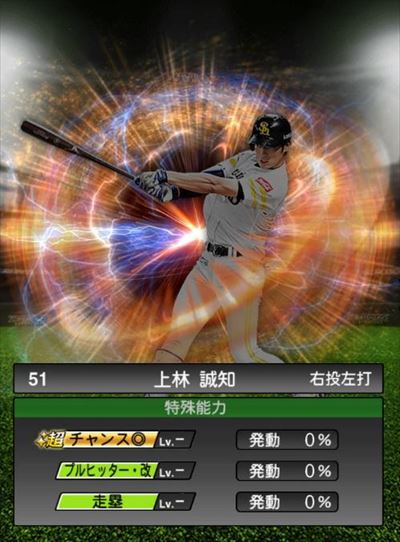 There are various versions of the same character, and the Rank is not the same. Using the inheritance system, you can get the number of breakthroughs and special training levels of the target character, eliminating the need for players to re-train the character.

To break through the upper limit of the level, only the character with the same name is required as the material. 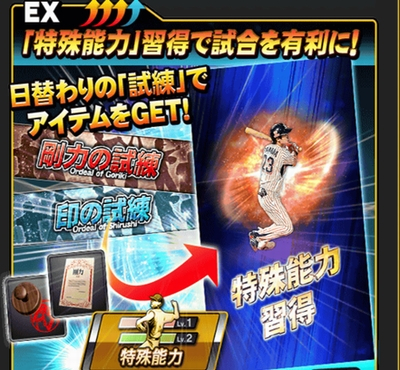 The use of materials rewarded by various trial activities can allow characters to gain special abilities. Using five characters in the same rank and 10 awakened souls can awaken some characters.

The structure of the game is simple and clear. Although there is only a cycle of push picture → development → push picture everywhere, it can still be impossible for players to extricate themselves. The key is to rely on the charm of the players. 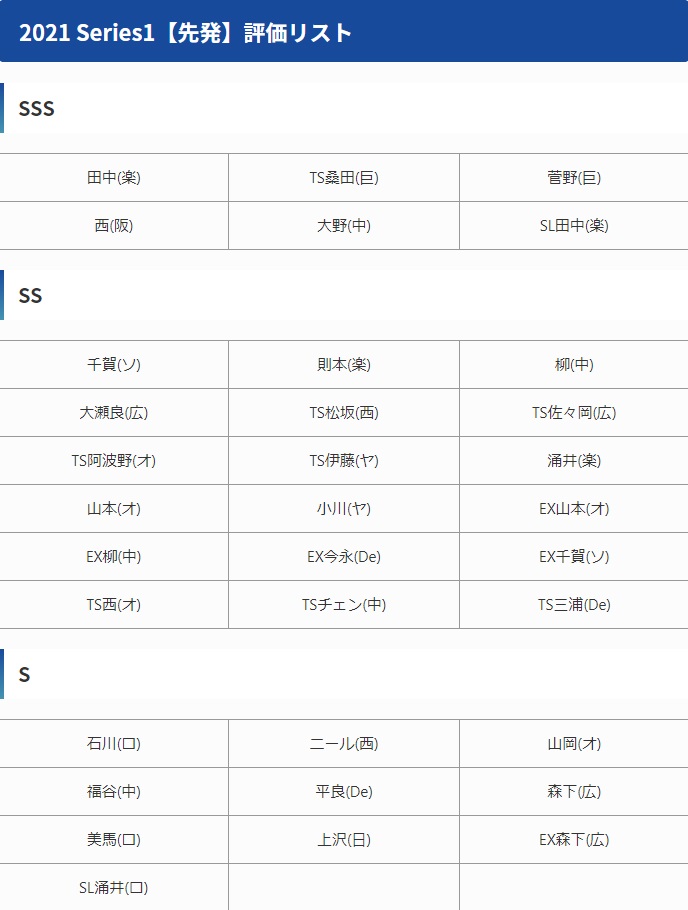 The lineup of the game is updated with the professional baseball league every season, giving players a strong sense of reality.

KONAMI has been authorized by various clubs and professional players of Japan’s professional baseball. The appeal of the official authorization allows fans to find reality in the game, deepen their sense of immersion, and break through the dimension wall.

Regardless of whether you are using famous players in the football world or cultivating your favorite local players, it will give players an incomparable sense of accomplishment, and the development of gameplay will narrow the distance between players and professional players.

Cy is also well aware of these two key points. Cy’s parent company CyberAgent has spent a lot of money to buy famous horses, and even the children of famous horses to obtain copyrights, while “The Horse Racing Niang” attacked the characters and impressed the players with the human-designed story.

GameLook believes that this is the way to the success of “Professional Baseball Wild Spirit A”, and it is also a way to perfect the reproduction of “The Horse Racing Niang”, and even go further.

If you continue to analyze the nature of this model, you can find that its key lies in the support of offline activities, and grand offline games are the best way for IP to increase its influence. Let the game come into life, project life into the game, is the real secret recipe for making explosives.

The next product that will detonate the game market may be hidden in our offline daily life.