Pokemon Unite is the latest Pokemon game to hit the Nintendo Switch.

In addition to Sword, Shield, and Mystery Dungeon, Pokemon Unite has a July 21 release date.

There is no official launch time, but it should be available by mid-morning at the latest.

The best news is that Pokemon Unite will be available on Nintendo Switch completely for free.

If you’re interested in getting your hands on a copy of Pokemon Unite, it’s worth it sooner or later.

That’s because early adopters receive a bonus Pokemon by logging into the game.

Add some thunder to your battles by logging into Pokemon UNITE on Nintendo Switch before August 31, 2021 to receive Zeraora’s Unite license.

“This Electric-type Mythical Pokemon is lightning fast, catches opponents and deals massive damage in the blink of an eye. Zeraora’s Unite Move sends out a powerful electric blast and creates a plasma zone around its attack zone.”

⚡️ Get Zeraora just for login before August 31st!

The upcoming release features 5-vs-5 team battles between Pokemon.

“The Nintendo Switch version is scheduled to be released first, in July. The mobile version will be available for download from September.

“Cross-platform play between Nintendo Switch and mobile devices is planned, allowing players to compete together and against each other.” 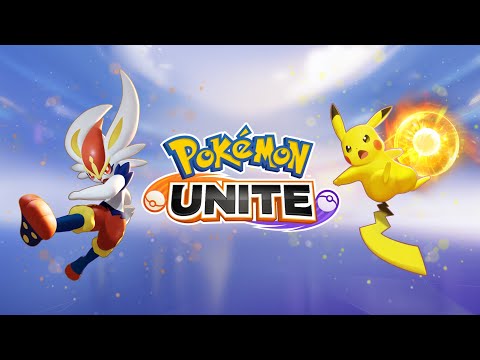 Leading up to launch, Pokemon Unite’s developer detailed the game and some of its unique systems.

As the development team has pointed out, trainers can support their Pokemon by bringing one item into battle.

This includes potions to restore your Pokemon’s HP, an eject button to move your critter in a certain direction, and an X Attack item to increase your Pokemon’s attack and SP for a short time.

Then there’s the Hero Item system, which allows Pokemon to improve their stats in the heat of battle.

“With the ability to hold up to three objects, you can create combinations that suit your playstyle and strengths!”

Pokemon also have different roles such as Support Pokemon, Attackers, Defenders, and All-rounders. Needless to say, a balanced team has a higher chance of winning.