Upgrading to Windows 11 should probably come with a warning

You only have 10 days to decide if you want to keep Windows 11 for good (Image: MICROSOFT • GETTY)

Windows 11 brings some drastic changes to your PC, including an almost unrecognizable new Start menu, interactive widgets, and the ability to install and run Android apps alongside traditional Windows software. There’s plenty to like about this blockbuster upgrade, launching this year.

This all-new operating system should come with a caveat, though, as you might want to think twice before tapping the “Install” button. Once you’ve upgraded your laptop, tablet, or desktop PC to Windows 11, you’ll have less than two weeks to decide whether it’s permanent or not. After that, you cannot go back to Windows 10 without losing any data.

The revelation came in a recently updated FAQ. In it, Microsoft revealed that “after you install the Windows 11 upgrade, there is a 10-day period during which you can go back to Windows 10 while keeping any files and data you brought with you. After the 10 days, you should make a backup.” -up your data and do a ‘clean install’ to go back to Windows 10.”

In comparison, Microsoft offered a 30-day grace period when upgrading from Windows 8 to Windows 10. Users could revert to the previous operating system while keeping their files and apps intact. 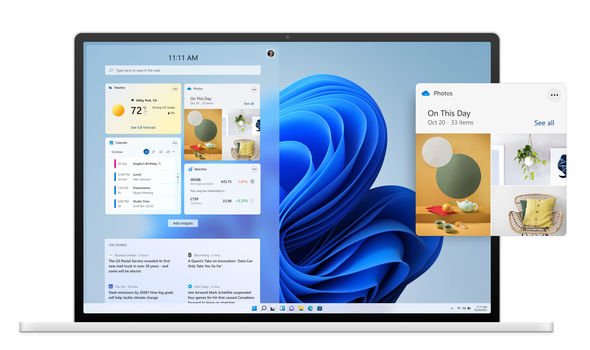 If you decide that Windows 11 isn’t for you and want to revert to your previous operating system after the 10-day period, you’ll need to completely erase the drive. It is possible to return your files to their place, but you should make sure you have a backup handy. And you will have to go through the faff to do a clean install.

Obviously, that’s a lot more of a headache than simply clicking a button and returning to your trusty old desktop.

If you’re not completely convinced about Windows 11, you’ll have to make a pretty sharp decision. There are still a few months to go before Windows 11 launches to users around the world, fingers crossed, during which time Microsoft will revert to its previous 30-day grace period.

Encased, the Sci-Fi cRPG from Dark Crystal Games, comes out on September 7