GameLook reported/In 2017, the sci-fi movie “Arrival” produced by Paramount was released in China. Unlike traditional Hollywood-style blockbusters, the movie tells the story of 12 mysterious alien spaceships after they landed on the earth. Its amazing brain and logical bold settings once captured the favor of many science fiction fans. The Douban score remains at 7.8.

It is also a science fiction theme and closely related to aliens. Recently, a new game “Codename: Advent” developed by MMC Society has aroused the curiosity of GameLook. However, unlike the former, this “come” takes place in the more distant near future, and these alien visitors are not very friendly either.

At present, the number of TapTap reservations for “Codename: Coming” has exceeded 100,000, with a score of 9.3. At the same time, the game has released its first PV. Judging from this high-quality CG short film and product public information, the game is likely to be a next-generation quality doomsday survival mobile game. 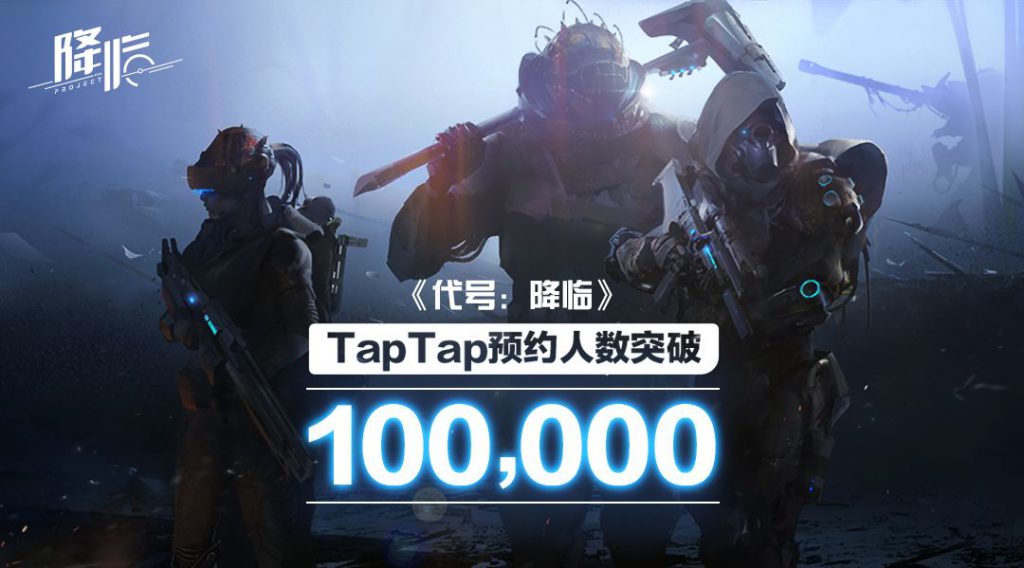 Naturally, it is unlikely that this handwriting came from a small and medium-sized team. According to GameLook’s further understanding, “Code: Advent” actually came from a wholly-owned subsidiary of ByteDance, Hangzhou Kanchao Information Consulting Co., Ltd. With the release of the game’s PV, the game also began to openly recruit players, and announced that the first round of testing is about to begin.

A hodgepodge of doomsday elements, gameplay is still mysterious

The audience who has watched “Arrival” is no stranger to the fact that the background of the movie actually takes place in a timeline close to the present. On the other hand, “Codename: Coming” is a story about the future world in 2112.

Judging from the current exposure information, the game is not only a doomsday theme, but also incorporates elements such as alien invasion and virus mutation. The richness directly makes survival enthusiasts ecstatic, calling out “GKD” one after another.

According to game producer William, this “doomsday hodgepodge” actually originated from the team’s empathy during the epidemic. “We are constantly thinking about what the world will be like in the next 10, 50, and 100 years. Will we be able to eliminate all diseases? Will we be lucky enough to meet friends from outer space? What will we evolve into? Such a state…” 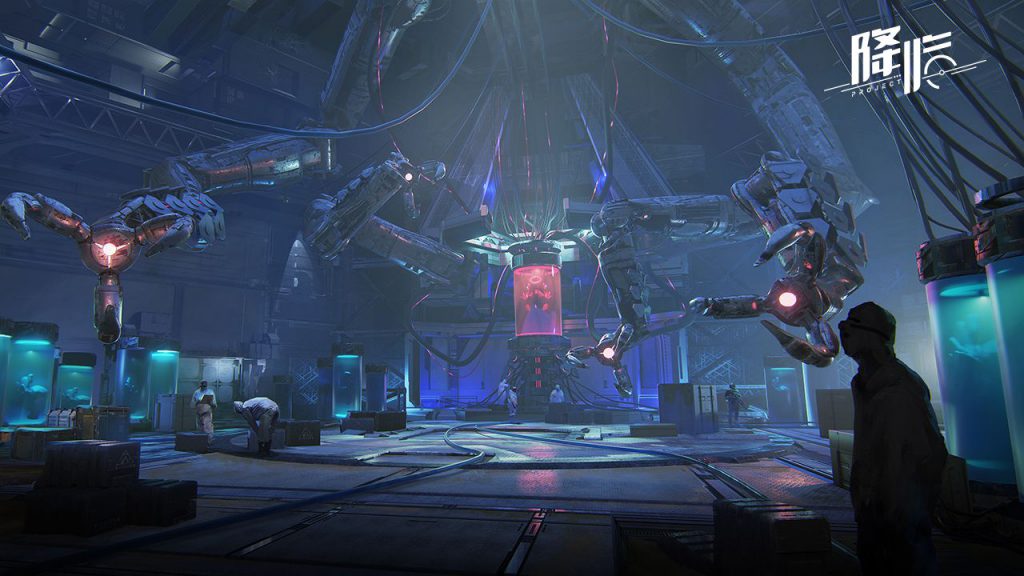 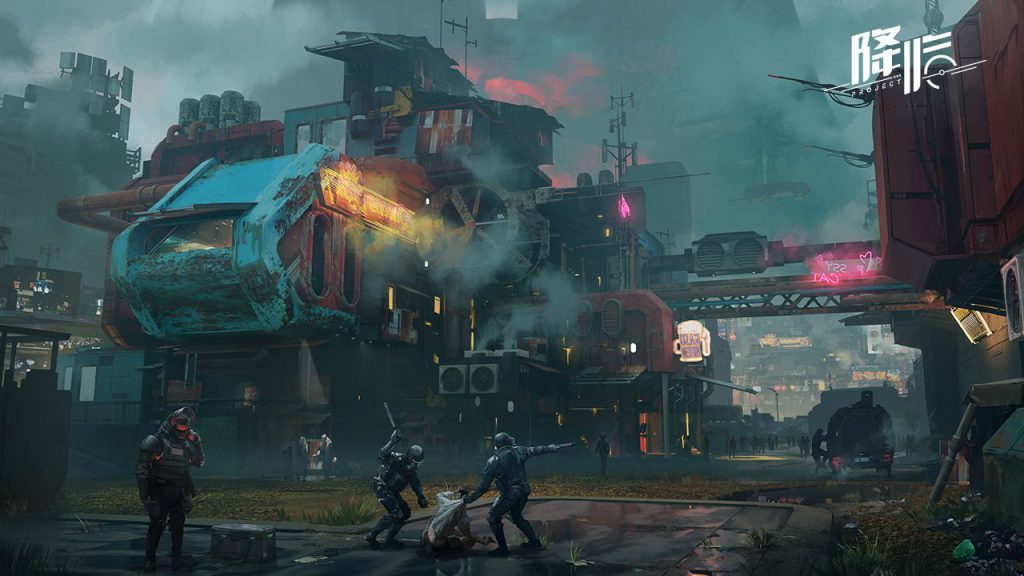 About survival, about science fiction, about the future, and this is the original intention of “Codename: Advent”, and it is also the key to attracting players.

However, the game has only undergone several rounds of small-scale closed testing, and its true performance is not known to the outside world. But judging from the only PV, we can still capture a lot of key information. The holographic images and spherical space capsules that appear on the screen have proved the sci-fi design of the game itself, and the desert in the background will also appear in the game with a high probability.

But at the same time, PV also leaves more room for players to imagine. For example, is the monster in the space capsule a foreign visitor or a mutation of earth creatures; why did the man in the film faint here… Faced with the growing curiosity of the players, the official also opened the “Guess the first exposure video,” The “Look at Who’s the Brain Hole King” activity attracted wave after wave of “Levinhoek” reasoners or authors who are full of creative desires to participate in the creation and express their opinions, setting off the enthusiasm for the first test of the game in advance. 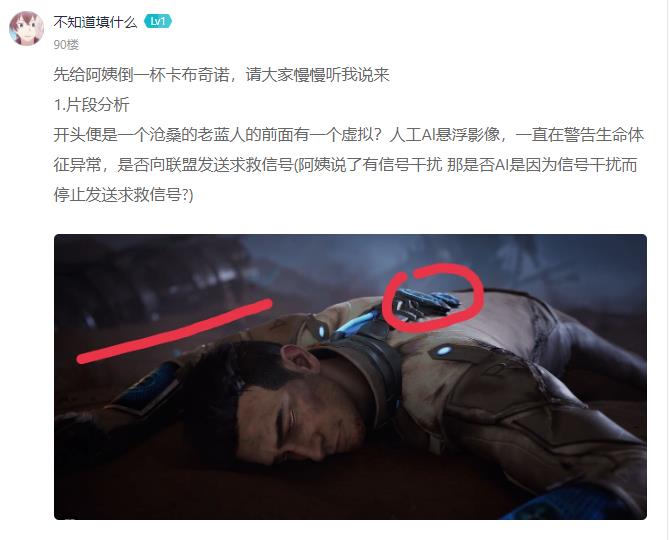 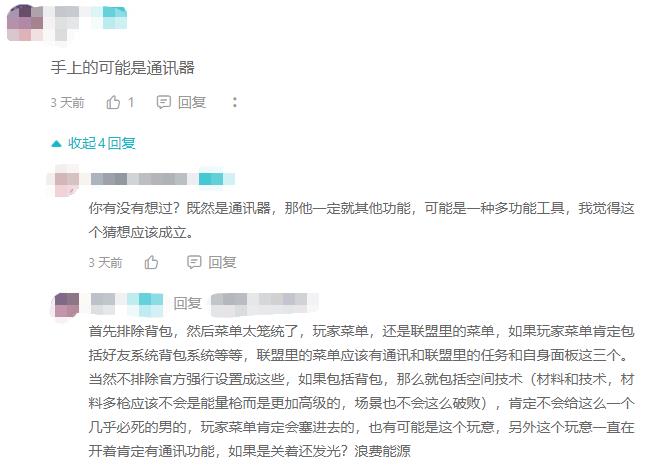 Of course, there are certain parts. Taking PV quality as a reference, “Code: Advent” will also be a high-quality next-generation mobile game. At the same time, judging from the current mainstream next-generation doomsday mobile games and the weapons scattered on the ground in the PV, the gameplay is likely to be dominated by FPS/TPS, and these two calls are equally large among players. 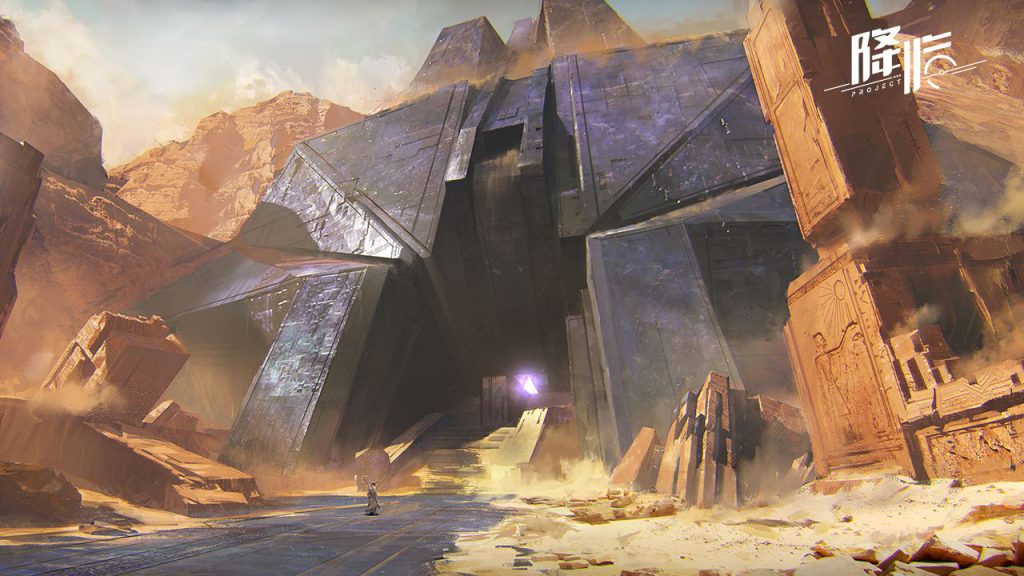 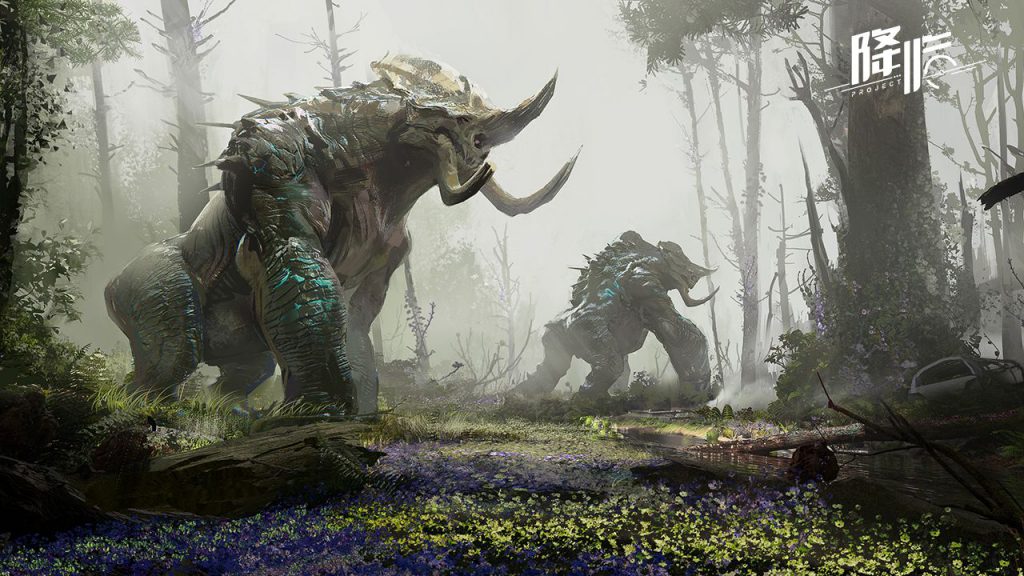 According to the information on the game’s official website, the official website of “Code: Coming” belongs to Hangzhou Kanchao Information Consulting Co., Ltd. Now the actual controller of this company is Beijing Youyi Technology Co., Ltd., a wholly-owned subsidiary of Bytedance, which holds 100% of the shares. 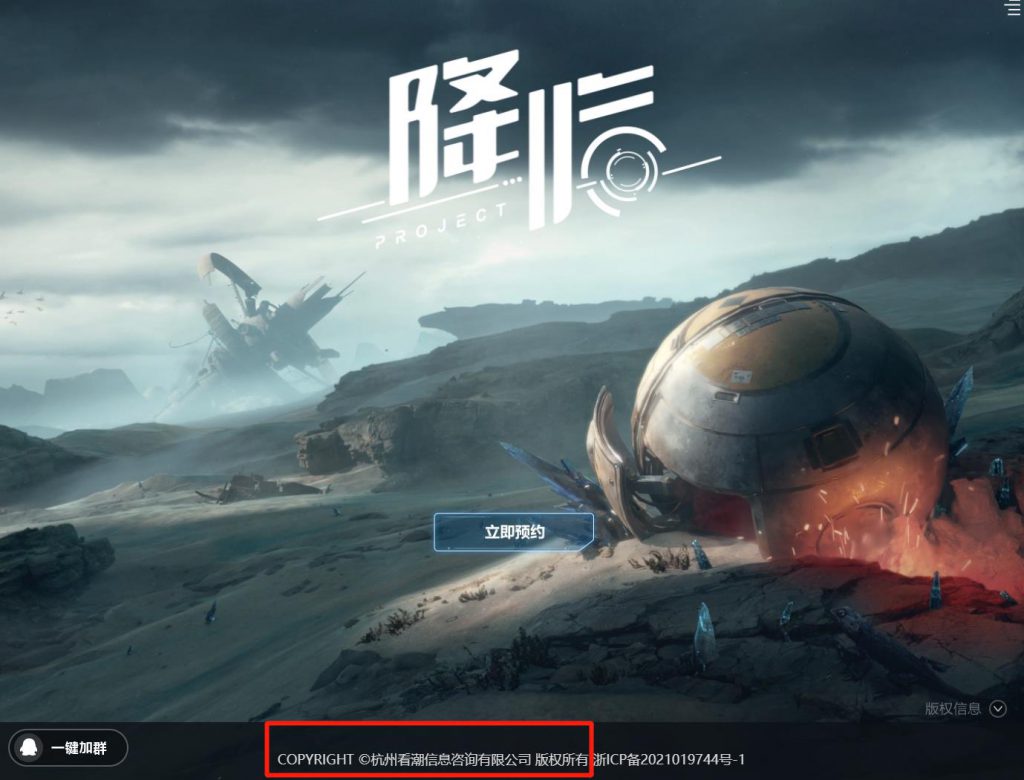 It is worth mentioning that the former virtual idol group A-SOUL, which is well-known in the game circle with the help of the fan game “My Story of Zhijiang”, its members Bella Bella, Jiale Carol and other copyright owners are also Hangzhou Kanchao Information Consulting Co., Ltd. . 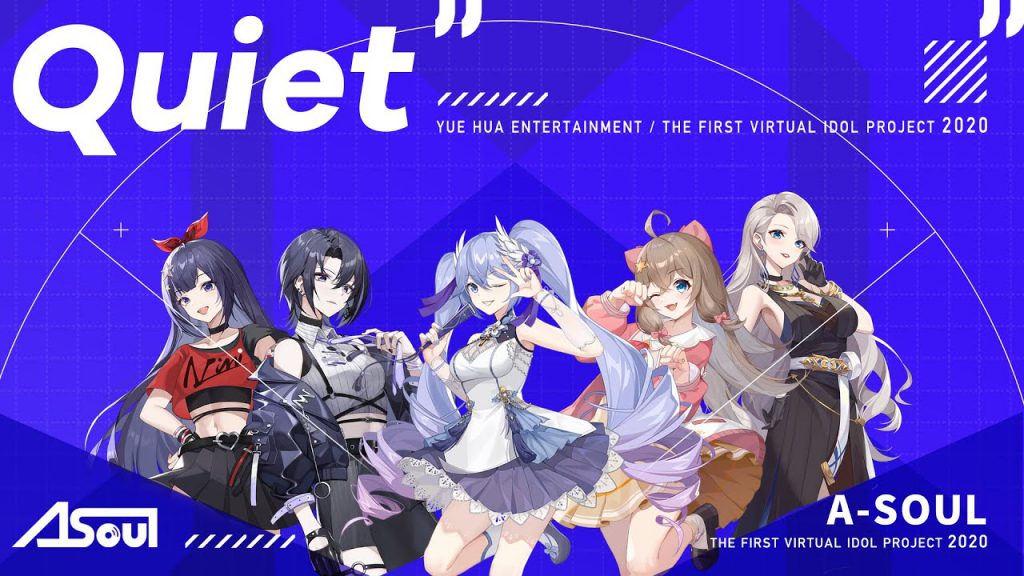 I couldn’t help but remind GameLook that there was also a UE4 related project recruitment in Hangzhou in the recruitment on the official website of Chaoxi Guangnian. According to the current exposure information of the game, this mysterious next-generation new work of the Hangzhou studio is likely to be “Codename: Coming”.

The reason is of course more than that. In TapTap’s “Developer’s Words”, the game producer mentioned: “Our members come from all over the world and come together with a love and belief in the game.” In a recent speech, Zhao Xi Guangnian President Yan Shou also mentioned that “the new generation of game companies are’born and global’.”

In addition, the game development team’s previous experience in 3D modeling, motion capture, AI and other technologies on virtual idol projects such as A-SOUL can also be used in the development of “Code: Advent”. From this point of view, the player’s confidence in the actual quality of the game can actually go further.

Fiery survival track: a reserved place for Dachang to compete

Since the debut of “One Piece Hot Blood Route” with a turnover of more than 100 million in the first week and a monthly revenue of more than 300 million, it has successfully broken the outside world’s doubts about the ability to issue heavy games in the light of the day. But in the real key self-research field, almost everyone knows the byte that is holding the big move, and there has not been too much movement.

Nowadays, following the exposure of the first female mobile game “Hua Yishan Heart Moon”, another self-developed new work of ByteDance has chosen the survival track, which inevitably makes the outside world curious.

Since “Tomorrow is gone” became popular, the doomsday survival mobile game has changed its past unpopular positioning, and has gradually become another piece of “sweet pastry” in the eyes of domestic manufacturers. However, compared to small and medium-sized teams with little intentions, this category, which has a relatively high threshold for R&D technology, has become a field of competition for major manufacturers in recent years.

As early as three years ago, Photon organized a team of 300 people to create an open-world survival mobile game “Awakening at Dawn”. Since the beginning of the game’s development, it has grasped three types of survival behaviors: exploration, combat, and construction, and it has been continuously polished and optimized according to the host standard. In several tests, many players have been impressed with super-real immersion. TapTap alone has more than 1.6 million reservations. 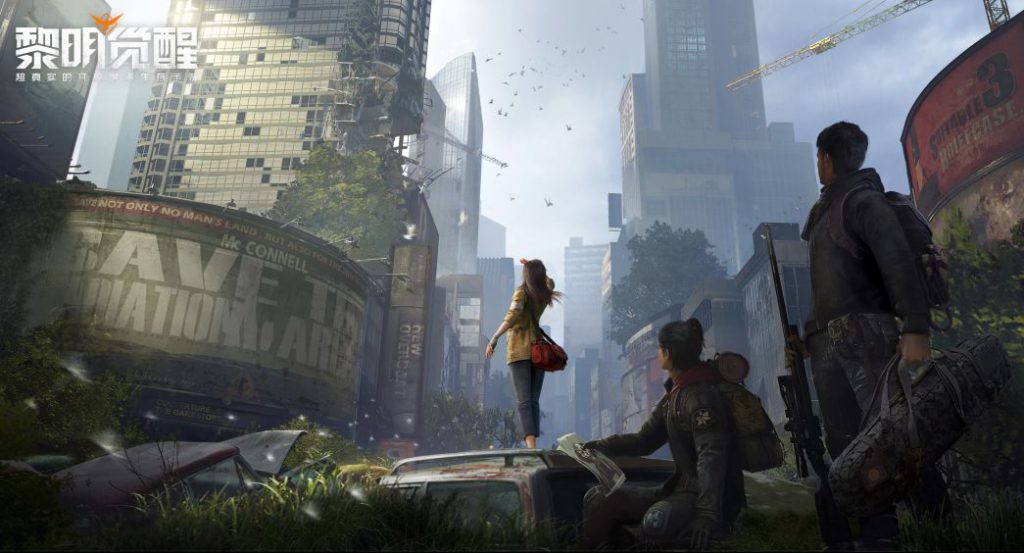 At the beginning of this year, a doomsday survival mobile game called “Project: GAIA” airborne TapTap and dominated the list for many days. After that, with the high-quality realistic graphics brought by UE4, the meticulous game design, and the continuous operation of “basically maintaining a weekly update frequency during the closed beta”, “Project: GAIA” has so far achieved TapTap8.8, Good results booked by over a million players.

What surprised many players and colleagues was that when the popularity of the game remained high, according to the official customer service phone number left during the internal beta, netizens found the real gold master behind the R&D team-Giant Network. 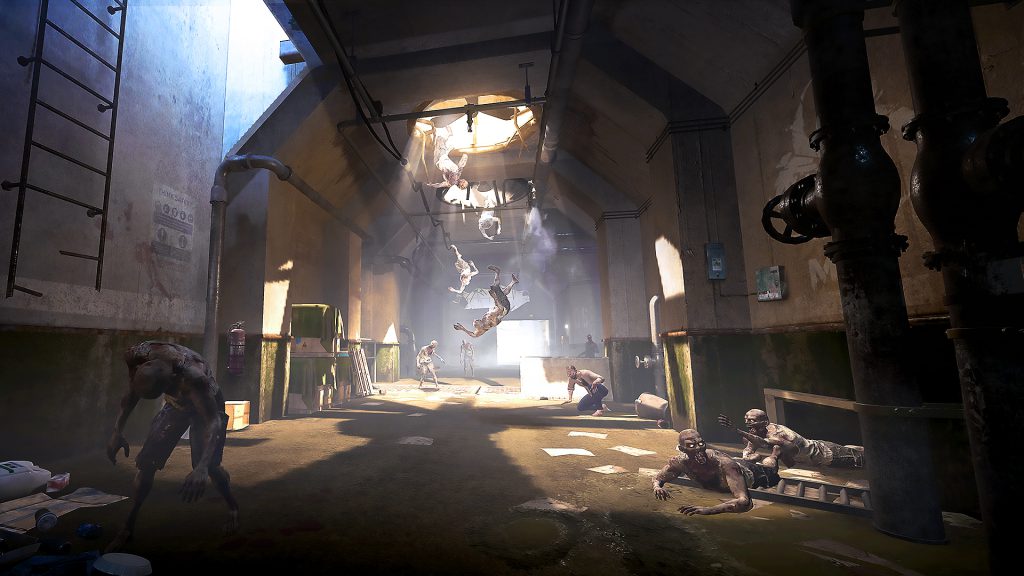 From Tencent to Giants, giants have increased their survival track, while the category pioneer NetEase has also launched the second survival mobile game “Code: ATLAS” non-stop.

You know, there is nothing new to follow the path of the predecessors, not to mention that the person is still himself. At the NetEase 520 conference this year, NetEase once again laid out survival categories and directly brought the doomsday wasteland to the underwater world. It is also based on the new setting of the future ocean wasteland, NetEase once again played a new trick on the survival experience. On the other hand, the byte beating of the penance of internal strength is unwilling to fall behind in this big factory showdown, let alone simply imitating others. “Code: Coming” is undoubtedly an innovation to the mainstream survival mobile game, breaking the homogenization of the “zombie” setting, but returning the classic science fiction elements such as alien aliens back to the game, and it has also won a lot of Recognition by players and sci-fi fans.

After the exposure of “Hua Yishan Heart Moon” earlier, GameLook once believed that female Xianghui was the key track for ByteDance to refresh its identity after casual games. Looking back now, this answer may have to add another “Codename: Advent.”

Although the game has not been exposed to more content at present, it is difficult not to let people know this new generation of new games from the calmness of Bytedance directly entering the “Doomsday Survival”, a large factory reserved land, as well as the existing information. The performance afterwards is a bit more anticipated.

Netflix TV Shows: Will there be an All American season 4? – Netflix News