Netflix Original: Control Z season 2 release date updates: Will there be a new season? When is it coming out? – Netflix News

The Mexican teen drama Control Z captivated audiences with its thought-provoking narrative, and many people that enjoy the first run are more than eager for any leaks, hacked info or secrets that are out there regarding the Control Z season 2 release date and more.

The series tells the story of a hacker’s plot to reveal damaging stories of individuals at a Mexico high school and the one socially isolated girl named Sofia that attempts to uncover their identity before her own secrets get made public. The techno drama thriller shows the darker side of social media and how the difficulty of navigating high school only increases as technology expands.

There are a lot of reasons to get excited about this Netflix original, and the anticipation for more episodes has got to be huge with people that enjoyed the incredibly entertaining first installment. Unfortunately, the time that has passed since the people watched the initial outing has been substantial, and it’s about time people got some updates on whats is going on with Control Z season 2.

There is no need to hack any computers. We have legally obtained all the information there is out there about the Control Z season 2 release date and more below.

How many seasons of Control Z are there?

There is one season of Control Z available to stream on Netflix. The show’s first run consists of eight entries, each of which is coming in at between 34-41 minutes in length.

Is there going to be a season 2 of Control Z?

Many people were hoping the story wasn’t over after the credits rolled on the final episode of the first outing. Luckily for them, Netflix announced shortly after the release of the initial installment that they had renewed the series on May 29, 2020, meaning Control Z season 2 was officially going to happen.

How many episodes of Control Z season 2 are there?

Many people are eager to know the episode count for Control Z season 2. There will be eight entries, just like the first season.

When is Control Z season 2 filming?

Filming for Control Z season 2 began sometime after the renewal notice was announced in May 2020 and ended well before the upcoming release date in summer 2021.

As previously mentioned, Control Z is scheduled to release this year in the summer. Subscribers that enjoyed the first set of entries should get ready to mark their calendars. The second chapter is set to arrive on Netflix on Aug. 11, 2021. 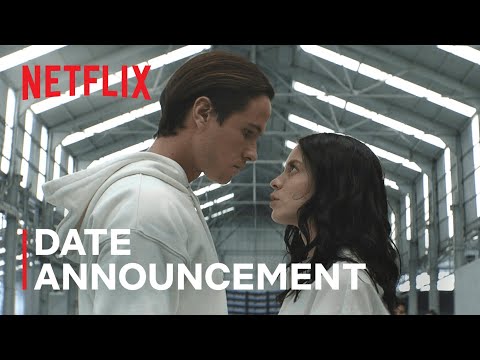 Make sure to follow Netflix Life for more information as it arrives on Control Z season 2 and more.

With a rating of 8.8, Bilibili’s cute idle game will help the two-dimensional players “nourish the liver”