The New World beta keys have been handed out and it’s not too late to play the MMO this month.

The good news for those who watched the New World test this week is that there’s still time to get involved.

The easiest way to play is to pre-order the game through Steam or Amazon, priced at $39.99.

Players who pre-order on Steam will automatically gain access to the Closed Beta and “New World Closed Beta” will appear in your Steam Game Library.

Meanwhile, pre-orders on Amazon will receive an invitation up to 48 hours after order confirmation. So the best way to access it quickly is to use Steam.

However, the developers of New World have also confirmed some good news for those who don’t want to spend money just yet.

By going to the New World site, you can still sign up for a chance to gain entry before it all comes to an end in early August.

A message from Amazon explains: “Players are eligible to participate in the Closed Beta in three ways: you can sign up for the chance to get into the Closed Beta from this page, or you can pre-order the game on Amazon or Steam for secure access.

“We will randomly select participants from the tester signup page at regular intervals during the Closed Beta. If you’ve signed up, check your email during the trial period to see if you’ll receive an invitation. 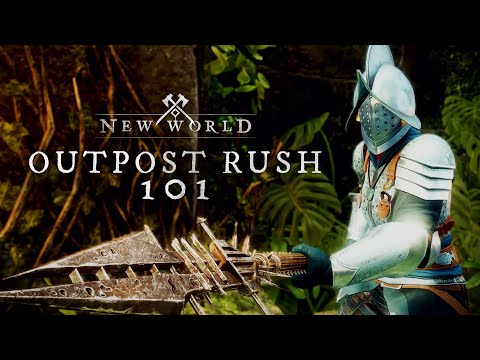 “If you’ve been invited to the Closed Beta through the tester sign-up page or pre-ordered on Amazon, you’ll receive a Steam key that can be redeemed through your Steam library if you need instructions on how to activate a key in Steam.

“Once your key is redeemed, you should see “New World Closed Beta” in your Steam game library for download. From there you should be able to log in and play for the duration of the Closed Beta.”

Amazon is also competing for the New World event during the beta, which is expected to end on August 2 and will feature Twitch Streamers.

Each faction will compete to ensure they are victorious, and the team with the most points at the end of the event will be crowned the winner.

Each member of the winning team will receive 100 copies of the game to give away to their communities.

A special Twitch Drop will also be unlocked for each member of the victorious crew to run on their channels the first week after New World’s launch in August.

“Each of the teams competing in Battle for New World will consist of a faction leader and 10 governors. It’s up to them to decide how best to keep their team at the top of the standings.

“Will they focus on the main objectives or much smaller ones? Group together or a team of lone wolves?

“There are many ways to become the ultimate champion of Aeternum. Let’s see what they do.”