The CWs DC’s Legends of Tomorrow panel at [email protected] dropped big news for the future of the series. First, they released a trailer for the remainder of the sixth season, showcasing more of the crazy adventures that the Legends will take on.

Second, Matt Ryan, who has played the magical and supernatural investigator John Constantine for several years, will retire the character upon completion of the sixth season. However, he will return in the seventh season as a new character alongside Amy Louise Pemberton, who has been upgraded to a regular role on the series as a flesh-and-blood version of the Legends’ AI Gideon.

Ryan first portrayed Constantine in NBC’s short-lived Constantine series in 2014, which was a darker show when Constantine battled demons and other paranormal creatures while trying to save a young girl. NBC only canceled it after one season, but Ryan’s performance as Constantine earned a lot of goodwill from the character’s fans to the point that Ryan not only voiced him in some of the DC animated films, but even saw him play Constantine again in the Arrowverse’s. Arrow in a guest role before becoming a full-time legend in DC’s Legends of Tomorrow from the third season.

Constantine’s arc will be completed in the sixth season and see him leave the show, but Ryan will still be part of the team as he returns as a new character named Dr. Gwyn Davies, “an eccentric early 20th century scientist who may be the team’s only hope next season.”

“As anyone who loves him knows, John Constantine will eventually walk his own path alone,” Ryan said during the panel. “The time has come for John to say goodbye to the Legends, and for me to say goodbye to John. I’m really excited to create and have fun with this new role in the show – finding out how this new character fits in and what’s causing trouble for the Legends.

Meanwhile, Amy Louise Pemberton has been upgraded to a regular cast for season seven as a human version of Gideon. throughout DC’s Legends of Tomorrow, Pemberton has voiced Gideon, the Waverider’s AI who assists the Legends in their missions and maintains the Waverider’s functions. She’s appeared in physical form a few times, but this will be the first time a human Gideon makes an appearance and will play a more prominent role in Pemberton’s regular-status season. 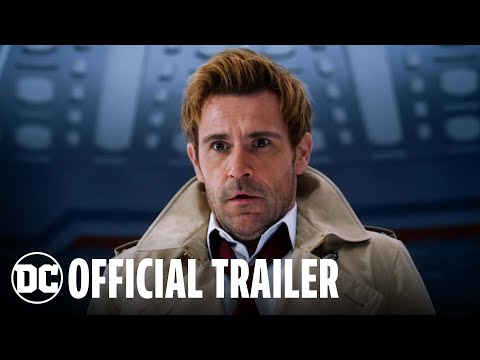