GameLook report/”Jelly Bean”, “Sausage Party”, “Animal Party”… how popular casual sports games have become in recent years, I believe I won’t go into details. Although the track is congested, various manufacturers have already geared up and are actively preparing.

Needless to say, a large company with strong financial resources, TapTap, which has 25.7 million monthly active users in China, is also regarded as an incubator for explosive casual games. In the 27 product release lineup of the 2021 TapTap game conference, we noticed a rather dazzling casual platform fighting game-“Flash Party”.

“Flash Party” is self-developed by Xindong. Before the press conference, “Flash Party” had actually quietly launched TapTap’s Bonfire test suit, and GameLook was also fortunate to have obtained the test qualification to get a glimpse of the product’s features.

Design that reflects leisure everywhere and lowers the threshold

Compared with the console game, “Flash Party” has obviously made more adaptations and optimizations to the mobile terminal, and there are very few buttons that need to be operated by the player. Not only less than general fighting games, even less than most MOBA games.

At the same time, the game can release gorgeous skills by pressing the direction of the special key. Therefore, in “Flash Party”, you don’t need to perform particularly complicated tricks, and you can also perform dazzling operations, satisfying the unique “show” experience of fighting games.

At the same time, thanks to the ease of operation, “Flash Party” does not have a lengthy novice teaching. After spending 3 minutes to understand the basic operation of the game, players can compete with real players in 1v1 or 2v2. The experience is very smooth and it is also in line with fighting hobbies. The preferences of the reader.

The art style of “Flash Party” is biased towards anime style, while the colors are bright and bold, and the overall look and feel is more lively. The painting styles of different characters are quite different. For example, there are tall handsome men and beautiful women, five short uncles, babies and even extra-human characters. From the earliest 3 heroes to today’s 8 heroes, each match can give people a different and interesting experience. 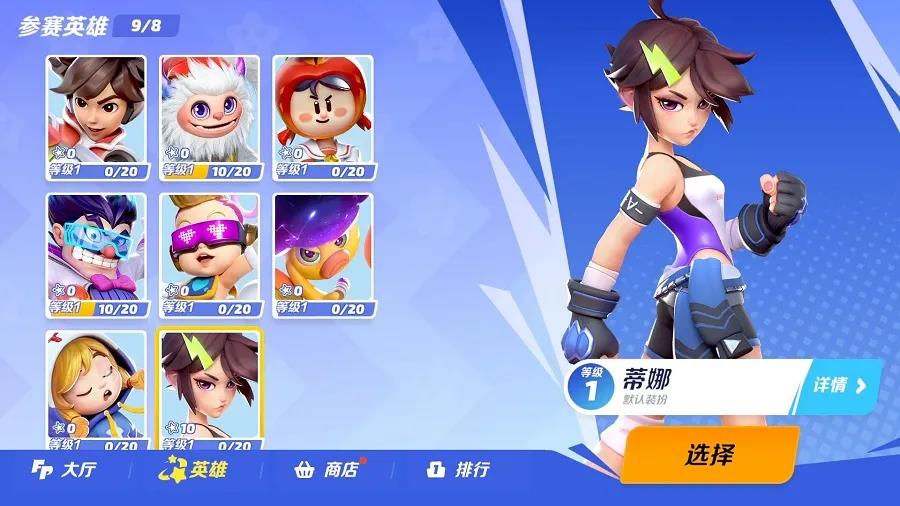 The charm of fighting games is that the fun it gives players is often not a type of fighting. For example, players of similar levels are more like “turn-based”, multiplayer confrontation test strategies and on-the-spot reactions, and more duels between top masters. There are countless layers of games.

In terms of learning threshold, “Flash Party” reduces the difficulty of keystrokes, and the release of skills is also very intuitive. At the same time, it strictly follows the concept of fair competition. Therefore, in commercialization, the big principle is not to sell value.

In terms of frustration, through the brisk style of the game, the game eases the antagonistic emotions, guides closer to the concept of “comparison”, and at the same time easily plays gorgeous skills, allowing players to have a good experience of “showing” their skills even if they fail. . At the same time, “Flash Party” is very fast-paced, and a single game can end the battle within 5 minutes.

Bonfire Test: How to help the development of “Flash Party”?

As a platform fighting game, the development team does not shy away from learning and learning from the popular benchmark in the field-“Super Smash Bros.” Officials said that it was the love of “Super Smash Bros.” that led to the emergence of the project and the establishment of the team.

Having said that, “Flash Party” is not a simple imitation of star products, but “standing on the shoulders of giants” for creation.

The “giant” in the development team’s mouth actually has two meanings. One is the boutique multiplayer fighting game in front of Zhuyu, and the other is the TapTap bonfire test suit optimized by “Flash Party”.

The Bonfire test suit is part of the “Bonfire Test” launched by TapTap in 2019.

As a demo platform, different from the original TapTap test directly, the Bonfire test suit differs mainly in three points: one is a directional invitation, the other is no score, and the third is that the manufacturer can hide the label.

TapTap defines Bonfire Test as an “not completely open community”, and once explained that the launch of Bonfire Test Server is to return to the original intention: to help developers make more bold attempts and return to the purest desire for good games.

In 3 years, the bonfire test has also been upgraded. Today’s bonfire test puts more emphasis on being close to the people, rather than just inviting professional players, and can predict the real market situation when the game is launched. In the official view, the bonfire test can also help products iterate quickly, build public awareness, and manage player expectations. To a large extent, avoid a series of problems such as “violent death” according to the public test and high test cost.

Specifically, the practice of bonfire is:

First of all, the score of the game during the bonfire test phase will not be included in the score of the public beta and the official release, reducing the psychological pressure of CP in the early testing phase;

Finally, in the bonfire test, the name of the CP party can be omitted to ensure that players focus more on the game content itself, rather than the brand influence of CP.

“Flash Party” producer Liu Jiali told GameLook that through the bonfire test server, the core players of the fighting game were quickly found to participate in the early testing. The method is to import relevant tags into TapTap to place user-oriented materials. Therefore, the quality of the players attracted through the bonfire test is high, and most of them are fighting game players. In the early days when there were only 3 heroes and 1 map, the average play time of a single player was close to 1 hour each time.

This group of players not only became the seed users of “Flash Party”, but also put forward “a lot of reasonable suggestions for “Flash Party” and provided very strong support for subsequent development.” 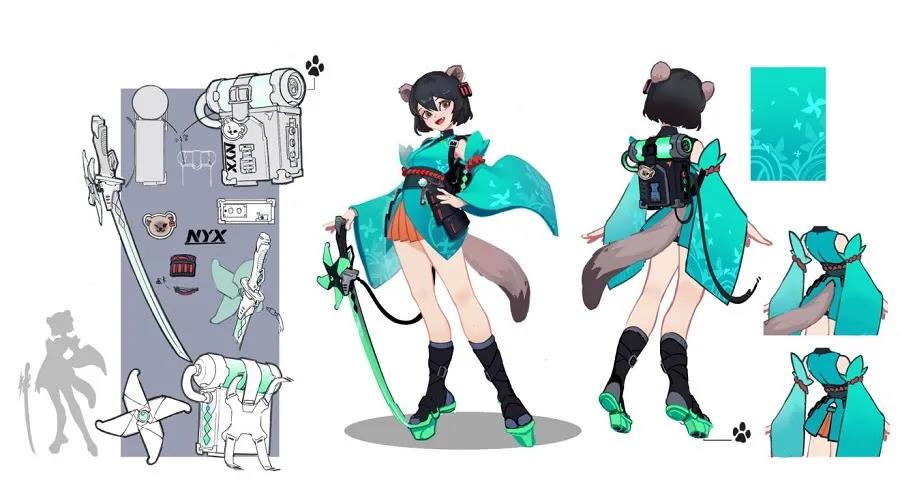 For any game producer, the player who loves and supports the product is always the most precious asset. In the past, finding the right players was always hard to find, but the bonfire test made it easier.

Why is it difficult to find the target user’s product when setting up a project? Liu Jiali once used the reason “the mountain is there” in a producer Q&A-because he likes fighting games very much, but it is very popular on mobile games. Rarely.

Recently, the person in charge of the bonfire test project team also received an impression from friends in the circle: “If the game “Flash Party” is not tempted to make, then probably no one else in the industry will make it.”

However, I feel that party games for all ages like “Flash Party” are actually promising.

For example, first of all, “Flash Party” is “easy to learn but difficult to master”. Players of all ages, men, women, and children can get started quickly and experience the fun of the game through intuitive operations and graphics;

Secondly, “Flash Party” belongs to casual sports, which is naturally suitable for diffusion and e-sports. Even if players are not masters of fighting games, they can appreciate the refreshing feeling of masters’ “gorgeous moves” and “one move reversal” during the battle, and they have the potential to break the circle based on e-sports operations in the future.

Master showdown uploaded by players on station B

It is reported that at the TapTap Developer Salon held on July 28, Xindong will also further introduce the details of the TapTap Bonfire test.