FIFA 21 servers are currently unavailable and EA is performing scheduled maintenance today. The official FIFA Direct Communication Twitter account announced the FIFA maintenance, which will affect FIFA games from FIFA 15 through to the latest edition – FIFA 21. The FIFA server maintenance will last for seven and a half hours and started at 06 00:00 BST and ends at 13:30 BST.

Announcing FIFA maintenance, @EAFIFADirect tweeted: “We have scheduled maintenance for July 27, from 5:00 AM to 12:30 PM UTC.

“During this time, you may be disconnected or unable to connect to EA servers on all platforms.

The latest FIFA server news comes as EA revealed that Title Update 18 will soon be available for download on consoles.

The FIFA 21 patch is available now for PCs and Google Stadia and will soon make its way to PS4, PS5, Xbox Series X, S, and Xbox One.

The @EAFIFADirect Twitter posted: “Title Update #18 will be available soon for the PlayStation 5, PlayStation 4, Xbox One and Xbox Series X|S versions of FIFA 21. TU Notes are available now.” 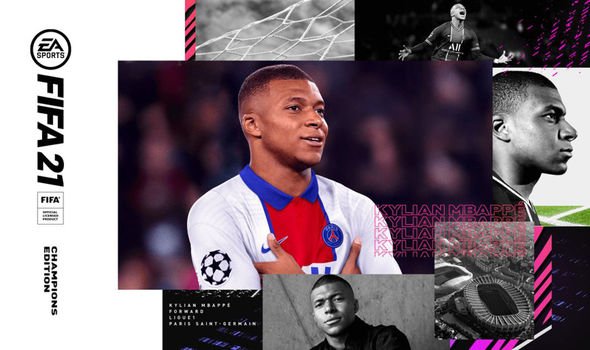 The captain can now edit his own squad when selecting his name from the co-op lobby.

Badge, Ball, and Gear rarities can be cycled through on the Rarity tile when searching for Club Items in My Stadium.

A thin outline glow did not render correctly on Preview Packs.

Removed an unintended visual effect that could appear briefly when marking an unopened or unpreviewed package.

When previewing a pack, a kit placeholder will appear on the player items as you cycle through views.

When promoting to a League that a player had previously achieved in League Rivals, the first League Promotion Reward screen was unintentionally displayed and correctly displayed 0 Coins earned.

First Time League Promotion Rewards can only be earned the first time a new League is reached.

A placeholder image may appear when you get a pack from the FUT Store.

The explanation on the Co-Op button may disappear and become inaccessible after using the Compare Price feature on the Transfer Market.

In some cases, the co-op lobby may display an incorrect package.

A timer was incorrectly displayed on the event screen when there was no active event.

[PC/Stadia Only] Selecting a specific Item Rarity on the transfer market or in My Stadium was not possible with a mouse.

[Stadia Only] There may be a potential stability issue in the FUT Store.

[Xbox One Only] In some cases, the Take Me There widget may no longer work as intended.

[PlayStation 5 and Xbox Series X|S Only] When purchasing FIFA Points in the FUT Store, the discounted price may be displayed with unintended red text.

– This was only a visual error and did not affect pricing.

There was no trophy presentation and prize money available for winning the Polish league.

In Player Career, glove fitting did not always apply correctly.

Part of the user interface was not displayed correctly when selecting the last replacement in My Squad.

David Beckham’s name was not always displayed correctly during a match.

Title Update #18 will be available soon for the PlayStation 5, PlayStation 4, Xbox One and Xbox Series X|S versions of FIFA 21. TU Notes are available now. https://t.co/nlv5AzpQfA

Updated the EA Sports series seen when launching the game.

[Stadia Only] Updated the controller graphic when watching a match on the Champions Channel.

In some cases, Soccer Aid World XI FC could have been used in online seasons.

Xbox Game Pass continues in September with Astria Ascending, Sable and these games