GameLook reported on July 25 news that former “League of Legends” player Uzi (Jian Pride) announced in the live broadcast that he will cooperate with star Fan Chengcheng to establish the mobile game team UFG e-sports club and openly recruit players from the League of Legends mobile game division.

The basic requirements for contestants to apply for are over 16 years old and with the consent of the guardian, no contract disputes (excellent ability can be relaxed), etc. In terms of ranking, the top 100 servers of “League of Legends Mobile Games”, or the king of “League of Legends” end game, and the top 300 of “Honor of Kings” Q-zone peak competition, etc. are required. The promise of remuneration is “starting at 6K, no capping on the top”.

Subsequently, the official Weibo of “League of Legends Mobile Games” followed up the news with a message saying that UFG team was welcome to join the mobile game family.

The live broadcast is only a part-time job, and the end of the player is the team boss

Less than a day after the news was sent out, it has attracted 200,000 reposts on Weibo, which is evident in its popularity. Although it was not specified, many netizens volunteered to apply for staff. The specific positions from serving tea to security guards and cleaners are all coveted.

Most netizens are joking, but Uzi is serious. In fact, there are precedents for retired players to be their own bosses, such as Sky (Li Xiaofeng), known as the “first person in e-sports in China”, 2009 (Wu Sheng), who gave away the nickname “Bacchus” DOTA player, and uzi is also a former professional player of “League of Legends” PDD (Liu Mou) and so on.

After the WCG, which was regarded as the “World Cup” of the Warcraft project, ceased in 2015, Sky officially founded the e-sports peripheral brand Titanium. At the same time, Sky also serves as the co-founder and shareholder of the WE team. In 2009, he pursued his dream again after many years of retirement and established the FTD team.

From players to team leaders, coaches, and then transformed into bosses, there is an interesting story in Sky’s story. It is said that Sky’s value doubled after becoming famous. The two founders of WE team Pei Le and Zhou Hao found that the salary cost was too high, so it was better to give shares, so they simply pulled Sky into the partnership.

Other retired players are their own bosses, perhaps because the salary is too high and the temple is too small.

Among retired professional players, although Sky was the first to start a business and crossed the most in 2009, the “model worker” still belongs to PDD. In March of this year, when a fan complained that there was too little time to watch the live broadcast, PDD had no choice but to say: “I have three companies and 500 employees, so I can’t be too busy.”

In addition to assisting in the management of e-sports teams such as YM, PDD also participates in the largest domestic live broadcast guild company Xiaoxiang Huyu. When the elephant is valued at US$750 million in 2020, PDD once revealed that it owns 12% of the equity. 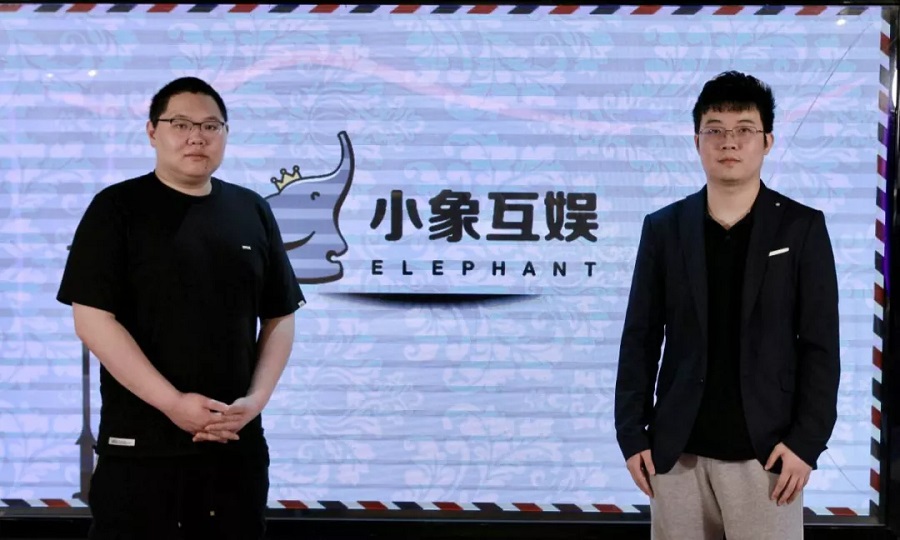 Uzi is also a member of the baby elephant anchor team. In February of this year, after the termination of the brokerage contract with the RNG team, Uzi announced to join the Elephant.

Whether it is Sky, PDD or Uzi, the retired players who are the bosses have one thing in common. They are all outstanding figures before retirement and good public reputation.

For example, Sky is the first individual world-class e-sports champion in China. 2009 broke the stereotype of e-sports players with low education. PDD is the “forever top single overlord” in the hearts of many players. Uzi is also due to the 2018 Jakarta Asian Games. On behalf of the Chinese team to win the championship, help e-sports to accelerate the circle.

Regarding professional skills, Uzi is also beyond criticism in terms of public image. In the “China E-sports Players Hall of Fame” counted by People’s E-sports, Uzi became the representative e-sports figure in 2018. Recently, the water conditions in Henan have affected the whole country, and PDD even took the lead in donating 1 million. Before the announcement of the establishment of the team, Uzi also donated 500,000 to Henan.

End-game e-sports are mature, and the entry barrier for “new players” is too high

Retired players becoming team bosses have become the norm, but the establishment of UFG is still somewhat unexpected.

In GameLook, I think there are two main reasons, one is cost and the other is development prospects.

Since its launch in the fall of 2011, “League of Legends” e-sports development has gone through 11 years, the ecology is highly mature, and the club competition is also very fierce. Taking the YM team under PDD as an example, it has set a sad record of “seven passing LPL without entering”, which directly led to PDD complaining about disbanding YM in 2017 and donating money to Hope Primary School.

At that time, PDD revealed in the live broadcast that the YM team started with a monthly expenditure of 300,000 yuan. “It has spent a lot of money and is almost unable to support it.” Afterwards, in 2020, PDD revisited the past and once again exposed that the team had lost more than 10 million in three years.

In the secondary league, it is difficult to enter the top league and can only rely on the youth training business to generate revenue. Obviously, this is not the ideal fate of a team.

In contrast, “League of Legends Mobile Games”, which has just started the e-sports ecosystem, has more opportunities.

According to the total live broadcast popularity list compiled by Youjiu and big data agency Xiaohulu, in the second week of July, “League of Legends” maintained the second place on the list, while “League of Legends Mobile Games” ranked 28th. One place up from last week. 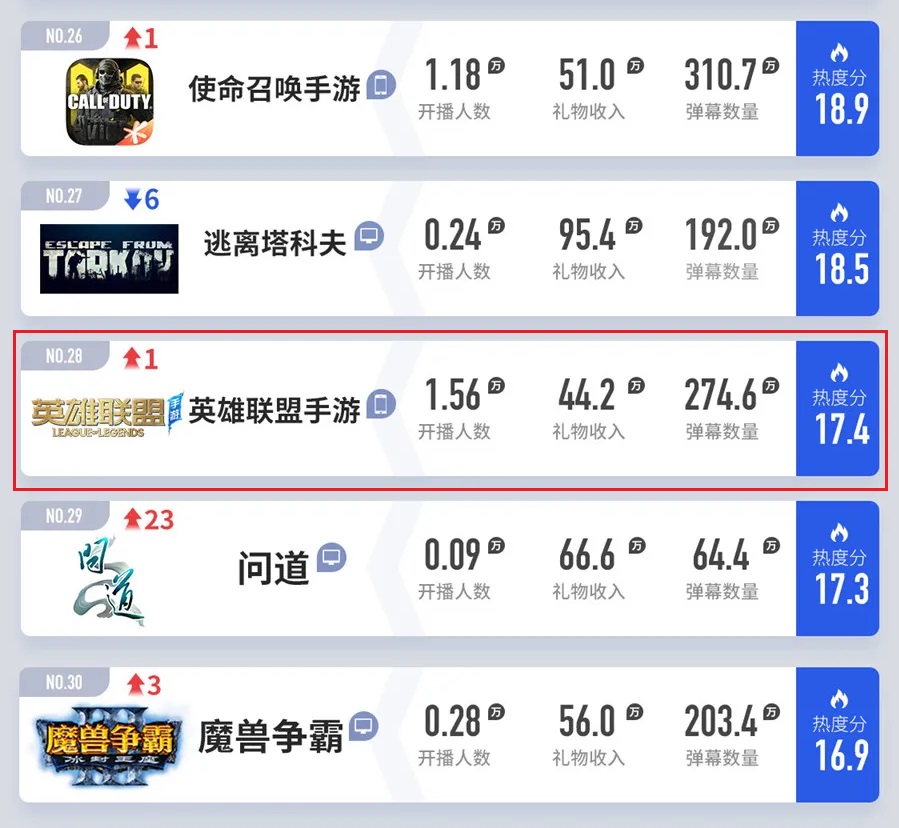 Although there is still a big gap in the popularity of “League of Legends Mobile Games” compared to the end game, the relatively low cost of entry provides more opportunities for latecomers. Once the results can still enter the top league, the team’s value will rapidly expand.

For example, in 2017, the first year of “League of Legends” officially announced the alliance reform, the bidding amount for LPL seats exceeded 90 million yuan. By 2021, the transaction price of an LPL seat has risen to more than 160 million yuan. In the process of V5’s acquisition of ES, news broke that the club and seat package price reached 175 million yuan.

Based on end-user speculation, the ecological value of mobile gaming e-sports is also incalculable. It is naturally more reasonable to bet on projects with lower costs and greater opportunities than competing for a fixed seat.

Test wheel warfare, the mobile game is just around the corner

According to Uzi, the UFG team has actually been formed for a month, and is still in a state of recruitment.

In February of this year, the official website of the State Press and Publication Administration announced the version numbers of the first batch of imported games in 2021. The “League of Legends Mobile Game” released in 2019 was among them, ending the two-year wait.

On May 20th, “League of Legends Mobile Games” launched a one-month pioneer test.

On July 17, “League of Legends Mobile Games” debuted at the TapTap 2021 game conference. It was officially announced that a new round of super-burning tests will be launched on July 20. In addition to the optimization of the previous test, the content of the experience is also increased. To 62 heroes and 136 skins. 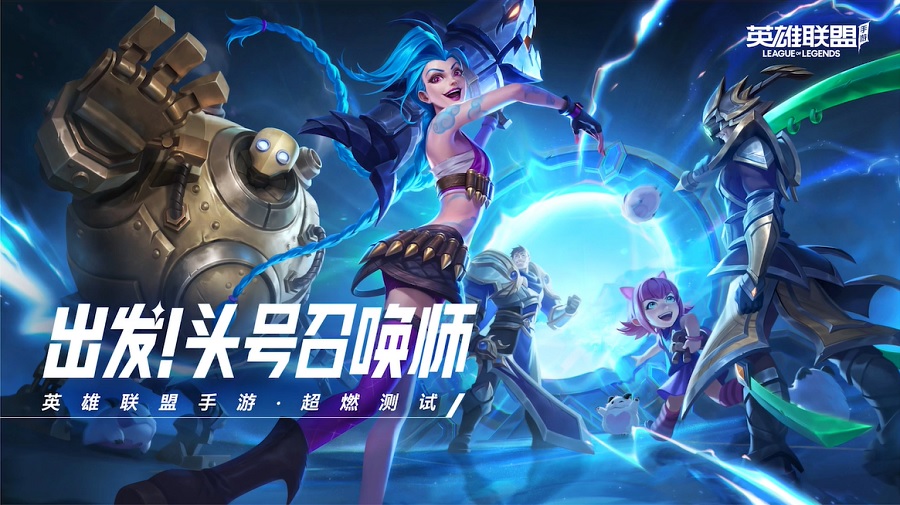 Also at the TapTap conference, “League of Legends Mobile Games” producer Xia Dan revealed in an interview with star Zhang Binbin that the Superburning test has made many content additions, including the more popular equipment among the players, the Iapons of Soul and Lanche. Will join them and add new equipment to give players a richer gaming experience. 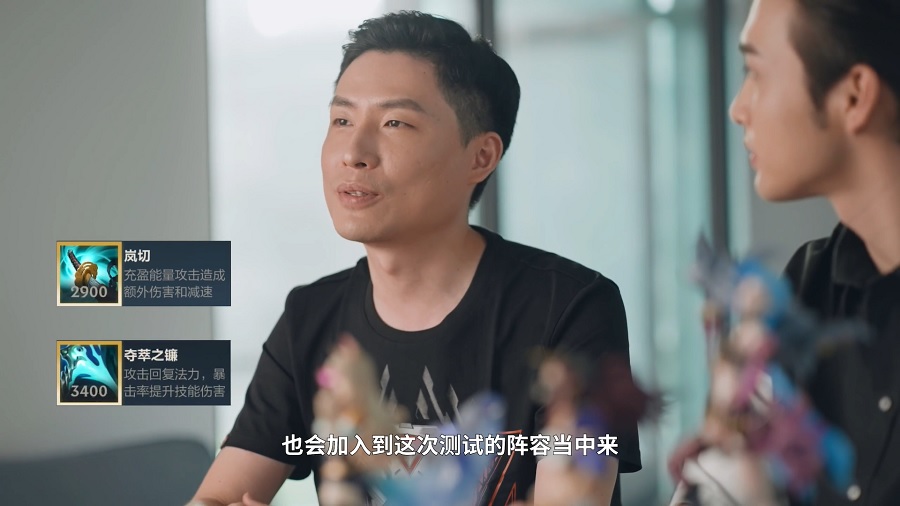 The Pioneer test lasts for one month, and the super-combustion test will be launched one month after the end. It can be seen that the advancing speed of the “League of Legends Mobile Games” project is very efficient, and the test is almost connected to the test. After collecting and optimizing player feedback at the fastest speed, the next test is launched.