The forbidden fruit is one of the oldest human figures of speech: something you are not allowed to touch makes it all the more tempting to do so. We’ve all licked wet paint boards, grabbed electric fences, or stood in the staff room at the local movie theater. The Forgotten City is much the same, enticing you with intrigue and strict rules that beg to be circumvented. Despite some outdated features, The Forgotten City is a surprisingly refreshing take on the adventure game that just begs to be explored.

You may have heard of The Forgotten City before, and not just because it is very similar to the world famous historical site in China. The Forgotten City, the game, was originally a mod for The Elder Scrolls V: Skyrim. It has now been redesigned, polished and expanded into a full game. In it, you take on the role of a time-traveling explorer, caught in a loop where you try to save an ancient Roman city from itself. To do this, you must explore, interrogate and unravel the mysteries of the city and its inhabitants, as you carefully wander past the golden statues that are sure to whisper and stare at you.

Anyone who has played an old-fashioned adventure game, from Monkey Island to Myst, will have some familiarity with the game. Navigate sprawling dialogue branches, find items to overcome obstacles and explore every nook and cranny of the city to solve the various puzzles before drowning in nostalgic dopamine. But at the same time, it doesn’t feel much like those games while you play it. It feels newer, with more freedom and less bizarre logic. A few areas could be improved, but in most ways this feels more like a modernized old-school adventure game than the current iteration of the genre.

Most notably, while the city is beautiful to explore and takes great advantage of the space and verticality of its location, there aren’t many stories about the area to sink your teeth into. While there are of course some exceptions, most of the exposition feels like it stems from lengthy conversations rather than summarizing what happened.

And the dialogue feels dated, with Skyrim’s shackles firmly in place. The Forgotten City starts with a conversation by the fire and you’ll have to stare the stranger straight in the eye the entire time. Thankfully the voice acting is great and the script is captivating with more or less every interaction, but the close-up shows how long this game has been in development and where it came from.

Some conversations are also extremely long. While most characters will warn you before uttering a monologue that will make Shakespeare waver, you’ll still need to listen to them if you want to unravel the various mysteries of The Forgotten City. And that’s because there are multiple endings that branch off from the main story, so if you want to see all that The Forgotten City has to offer and avoid TVA intervention, you’ll need to learn everything you can. The Forgotten City’s premise also keeps you in a self-controlled time loop, and you’ll quickly learn to jump through the portal and start over if things start to go a little killer or all wrong. It’s satisfying to return to the city with a notepad full of knowledge, a few tools and a host of new dialogue options to try out the unsuspecting Romans.

The town isn’t densely populated, with about twenty characters scattered around, but that’s already a pretty large cast to get familiar with. Each character is impressively different, with distinct personality, secrets and goals for you to discover, exploit and understand. From the moment you enter the city, you quickly begin to see the morally gray and philosophical conundrum they have gotten themselves into. That way it feels a bit like Pathologic 2, but in a way that doesn’t feel like the game hates you and wants you to waste your time. You will have to question your actions and the citizens as you begin to understand how the city is run. There are also quite a few quotes from Roman and Greek philosophers, so you can sound brilliant if you memorize a few quotes too. 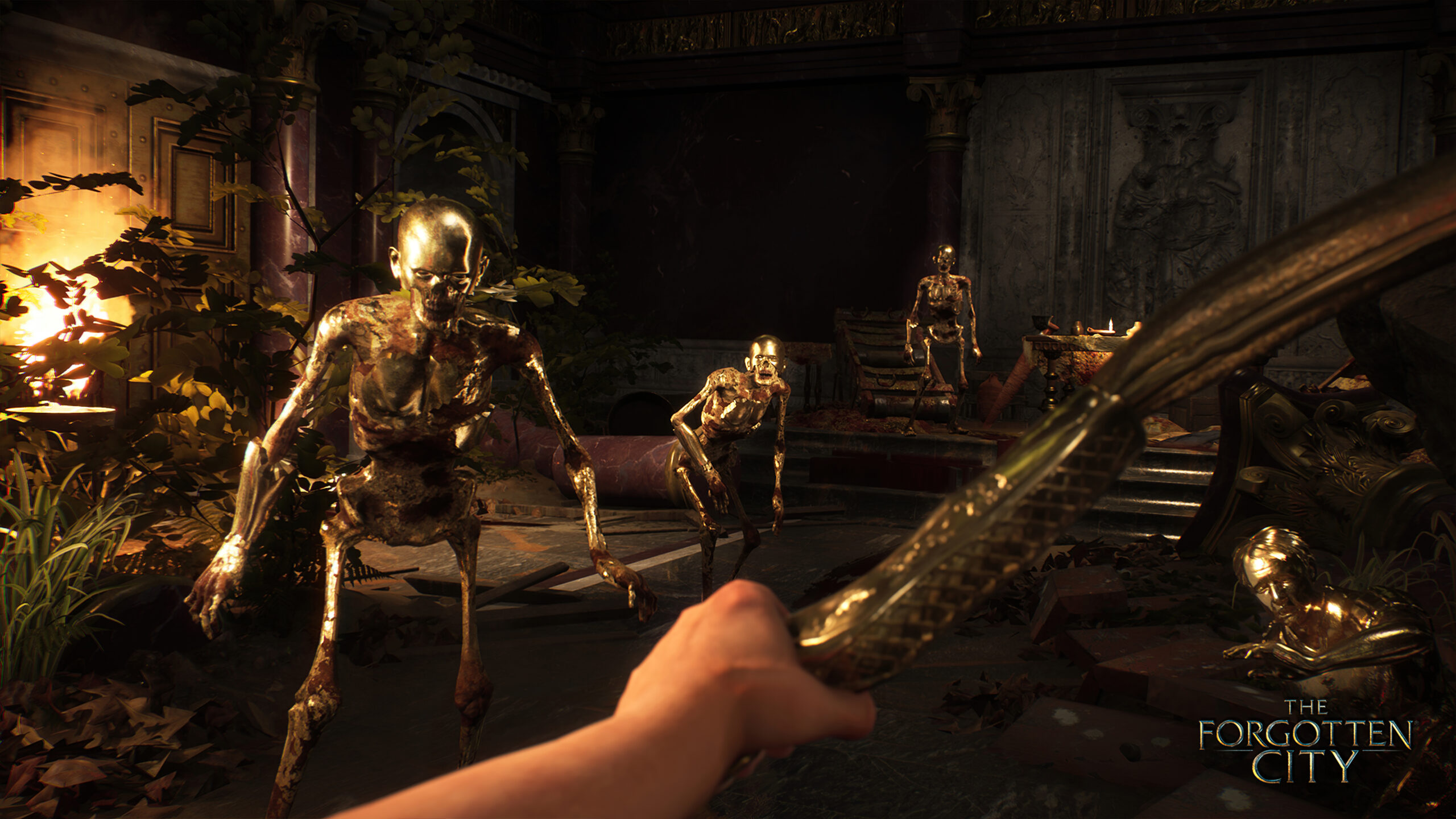 A disadvantage when playing through is that The Forgotten City does not keep track of your goals and information. Although you have a quest guide that walks you through your next steps, often essential information you’ve heard from a character is missing, and the only way to get that information back is to go through the same dialogue again. It’s not a problem for anyone who has a scrap of paper or a phone to hand, but it feels like the quest system could be a little more intuitive, especially when players are just getting their bearings.

But that’s only a problem because the story is really intriguing, and you want to make sure you uncover every quest and solve every mystery as you get entangled. The Forgotten City is an ambitious title that handles the branching story, large cast and spiraling gameplay with incredible skill. It’s an incredible title for players looking for something story-heavy and action-light, with plenty of detective work in between.

Reviewed on PC (code provided by the publisher).

The Forgotten City just feels so satisfying to play. You will constantly be solving minor mysteries and discovering new secrets to satisfy you immediately, all the while working on the bigger puzzlers and tangled storyline to reach the end.