Picross S Genesis & Master System Edition, the new Jupiter picross puzzle-inspired entry inspired by classic Sega games finally got a release date. The company announced that it will be released worldwide on August 5, 2021. (In Japan, it will be known as Picross S: Mega Drive & Mark III Edition It costs ¥1,100 / $9.99 and has 480 nonograms to solve.

The release date announcement confirmed both the modes that will appear in the game and the series that will be released. In addition to the standard and Mega Picross staples, this latest installment also includes Clip Picross and Color Picross puzzles. The game was first announced a year ago at Bitsummit Gaiden 2020.

The full list of 59 games with puzzles that appear is available on the official site. However, here are some of the more notable series and games to come.

There is also a new Picross S Genesis & Master System Edition trailer. It spends almost two minutes looking at the user interface and some of the puzzles that people will see in the game. For instance, Fantasy zone and avoid that appeared in the video. 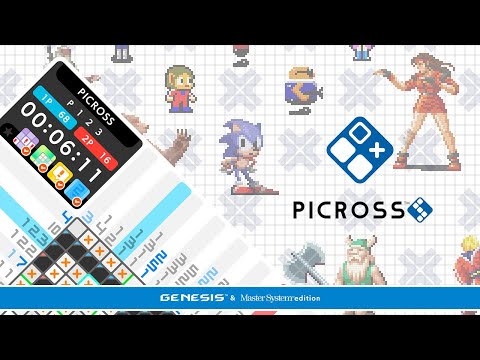 Picross S Genesis & Master System Edition coming to the Nintendo Switch eShop in Japan on August 5, 2021. A worldwide release date has not yet been announced.