Openreach is poised to start a four-week trial to improve the speed of its full fiber rollout (Image: GETTY)

Openreach is poised to start an exciting new trial called Build to the Wall to bring full-fibre broadband connections to your home faster than before. Openreach, which is owned by BT, provides the cable infrastructure for some of the biggest brands, including BT, Sky, TalkTalk and Vodafone, to name a few.

Changes in the way Openreach approaches the installation of new broadband cables will affect a large number of people – across a wide variety of providers. That’s what makes Openreach’s latest announcement so exciting.

Of course, Build to the Wall is just a trial. It will have to prove its worth.

According to an internet-obsessed blog ISPreview, Build to the Wall is designed to improve the success rate of new fiber installations. As it stands, homes not connected to the full fiber optic network will need to hire a technician to bring the cable in from the outside, usually by drilling through your wall, connected to the Optical Network Terminal (ONT) and linked to your broadband router. Any issues with a step should usually be fixed with a second follow-up visit from another technician.

The latest trial aims to increase the success rate for new installations by streamlining the process through two separate visits. The first will focus entirely on the outdoors, while the second will focus on what needs to be done to bring the full-fibre cable to your new Wi-Fi router. 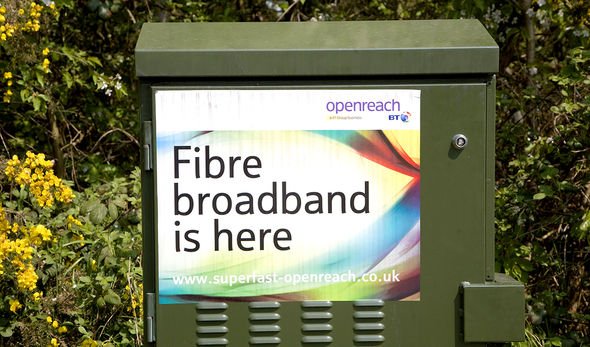 Coupled with plans to increase job density in certain geographic areas, this should mean more Openreach engineers are available to drive infrastructure deployment. If the trials work, it could help Openreach expand its network of all-fiber optic cables, which are designed to replace the aging copper infrastructure still in use across the country. Openreach says the trial is expected to run for four weeks, starting on August 23, 2021. It will target about 600 residential full-fibre broadband orders.

Openreach has already connected five million households to its fiber optic cables this week. It says it is on track to reach 25 million by December 2026.

By comparison, Virgin Media O2 plans to connect 16 million households to its Gig1 by the end of this year, with speeds exceeding 1,000 Mbps.

The company, which recently merged with O2, has spoken of its “ambition to accelerate investment” and connect 7 million additional homes to gigabit-capable broadband “in the coming years”. It’s unclear exactly where these homes would be, but smaller towns and villages may begin to see these future-proof connections online.

With millions of people moving from smaller city center apartments to rural homes with gardens, these upgrades could create entirely new commuter hubs outside the biggest cities.