Escape from Naraka, not to be confused with NARAKA: BLADEPOINT, is a first-person action platform game created by the very small team of XeloGames in Indonesia.

It’s available today on Steam, priced at €13.49 thanks to the 10% launch discount (although Fanatical sells it with 20% discount, so you might want to buy it there instead), and it’s also the latest PC game to support both ray tracing (including RTX Global Illumination, raytraced shadows and reflections) and NVIDIA DLSS.

Speaking to the NVIDIA developer blog, the developers explained their decision to implement RTXGI in Escape from Naraka.

We believe everyone will have ray tracing sooner or later, so it’s really good for us to start earlier, especially in Indonesia.

RTXGI really helps with how quickly you can set a light in a scene. Instead of the old ways where you have to manually adjust each light, you can put a Dynamic Diffuse Global Illumination (DDGI) volume and see the difference instantly. It made scenes look more natural, lights bounce around more naturally rather than just directly.

Yosua Bayu S, developer at XeloGames, also discussed the importance of NVIDIA DLSS in the game:

Adding NVIDIA DLSS to the game was quick and easy with the UE4 plugin, allowing our players maximum performance in taking on all the challenges Escape From Naraka has to offer.

NVIDIA DLSS is indeed crucial to play Escape from Naraka at a decent frame rate with 4K resolution and maximum settings. In that scenario, DLSS even offers a 2x performance boost with its performance mode. 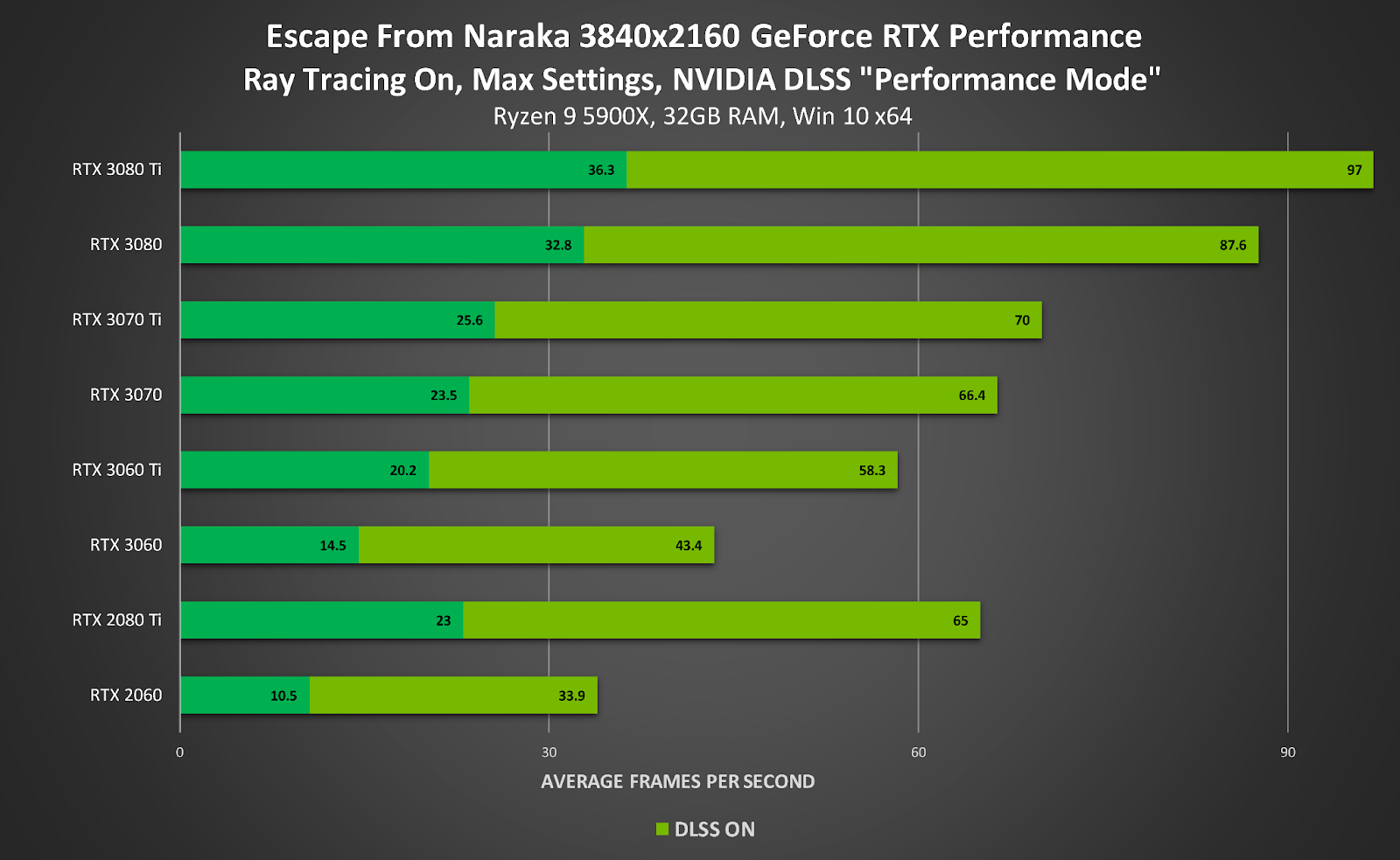 At lower resolutions such as 1440p and 1080p, the game is easy to play without NVIDIA DLSS, although activating the Deep Learning Super Sampling technology still provides a significant increase in frame rates. 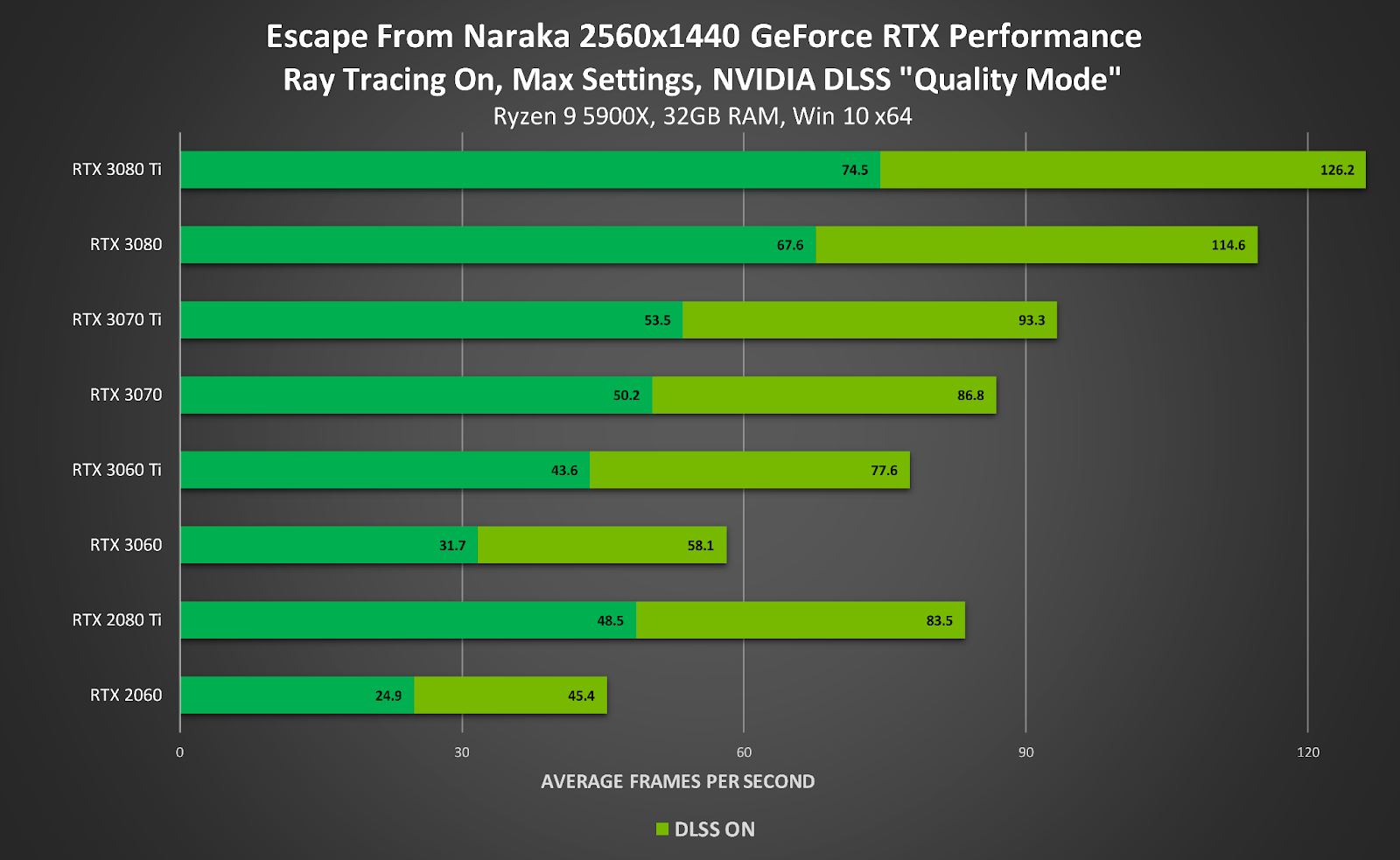 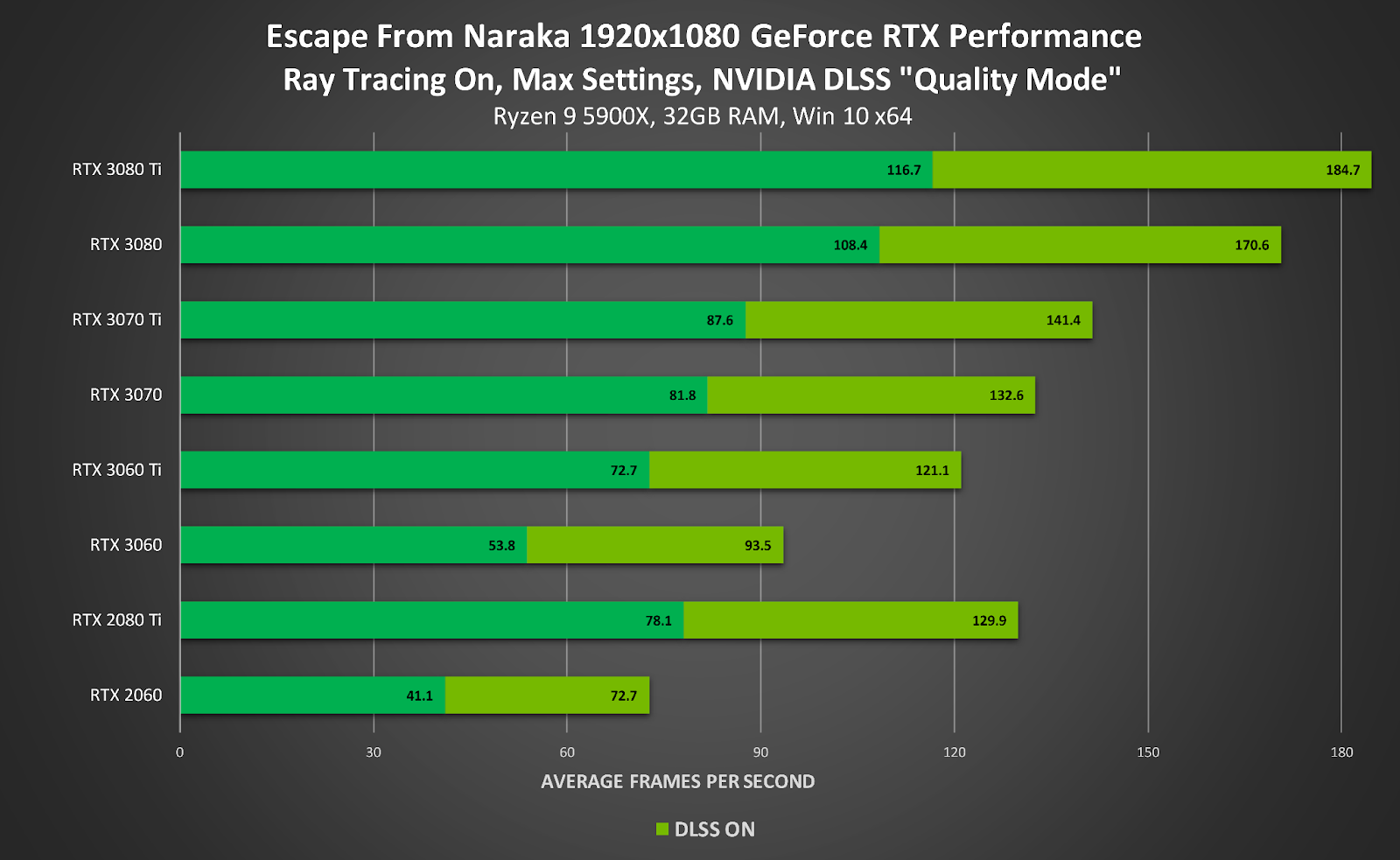 Watch the NVIDIA RTX Escape from Naraka trailer below. 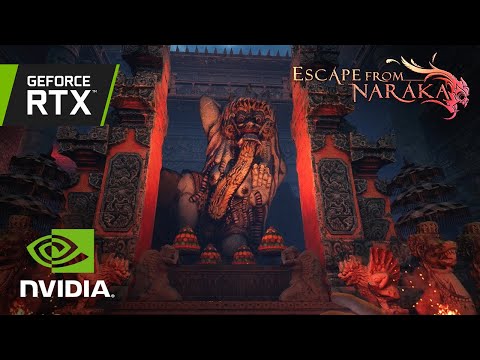 Light up the Magma, a cheap keyboard from Roccat